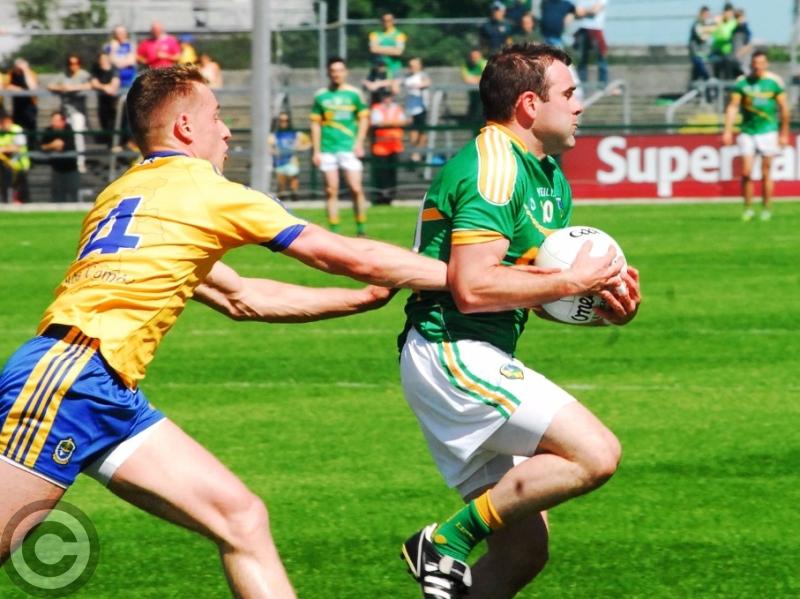 It was a long time coming, some eight years after his first Championship appearance off the bench, but Brendan Gallagher finally got to start a Connacht Championship match for Leitrim last Sunday.

The result over-shadowed what was, for the Lucan Sarsfields clubman, a special day - “My first start, I came on against in Carrick-on-Shannon against Roscommon. It was everything I thought it would be. The build-up during the week was brilliant, even today was brilliant waking up.

“Obviously there is a huge rivalry there and it was enjoyable to be part of it there today. I definitely enjoyed it, everything is top notch and I’m looking forward to bouncing back and get going in the Qualifiers.

“We’ll take a couple of days to regroup, get the heads screwed back on again for the Qualifiers.”

It may have been hard for some players to get their head together after the trimming administered by Roscommon but Brendan insists Leitrim's players will stick together and focus on getting a performance in the Qualifiers.

“We have to have the belief within ourselves. We have a very young team there and a few experienced lads there so we’re hoping to push on, drive on in the Qualifiers and hopefully make something out of the year.

Looking back at the game, the Lucan man admitted that the gap between the two teams was quite stark - “Very disappointed, we thought we had the work done but we just didn’t get going I suppose. You can see it, there is a huge gap but then again, on a championship day, you can expect the unexpected and going in we thought we could have brought something more to the table, obviously we didn’t.

“We didn’t get the start initially but we got that goal and we thought we were back in the game but we switched off again for ten minutes which allowed them to settle and against a team like Roscommon, you can’t afford to switch off, they’ll punish you.

“You can’t allow a team like that to do that, you can’t switch off, you have to be always on the game, on the ball and unfortunately, we switched off and they were able to punish us.”