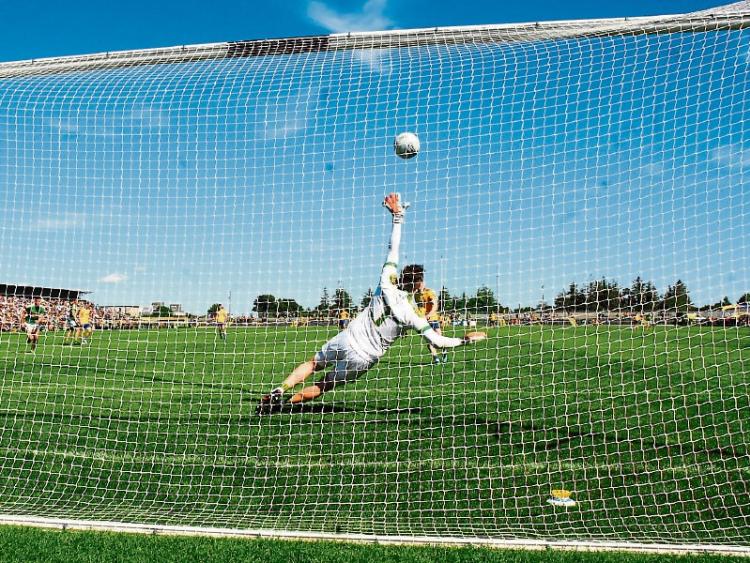 Whatever the county’s fans may have been saying about them, there was nobody harder on the Leitrim players than themselves with Brendan Flynn brutally harsh in his assessment that Leitrim simply failed to show up in Hyde Park.

The county’s fans have been scathing in their assessment of Sunday's game on social media but it was nothing compared to the rigorous self-analysis as typified by the Leitrim Gaels netminder “We didn’t play out here like we should have played, we let ourselves down so it is up to us to get back on it, get back training.”

“When we got on the bus today, we were all happy, we were prepared for a tough game and we truly believed that game was there for the taking, unfortunately, it didn’t show up that way. I think we need to sort ourselves out before we can think of anything else.

“It is very frustrating. We do the exact same work if not more than Roscommon in training and that is the standard we need to get there and if we don’t get there soon enough, it is very heartbreaking, I’m not going to lie to you.”

From his vantage point in the Leitrim goal, it was Roscommon’s movement and pace that undid Leitrim - “The second goal, we were up against it. Until Darragh got that goal, it was looking bleak and it brought us right back into it and we might have missed a few shots after that that might have brought us level or even go ahead after that.

“Even the first goal, they got a bit lucky, pulling off a save, you’d expect to be ok but the second goal was just a runner from the back and we just didn’t track him the whole way and it was one-on-one and if you keep giving teams like Roscommon a chance like that, they are going to take it.”

As for his own performance, Brendan was reasonably happy but didn’t know if he had got a touch to Diarmuid Murtagh’s spot-kick - “I haven’t a clue to be honest, the umpire said it, I don’t know, it is literally a split second. I’ll take it if it did.”

Yet for all the disappointment, there is still ambition as Brendan says “We did very well to beat London, London are a lot harder to beat than people think. Look every player loves playing for the county so I can’t wait to come out again and play.”