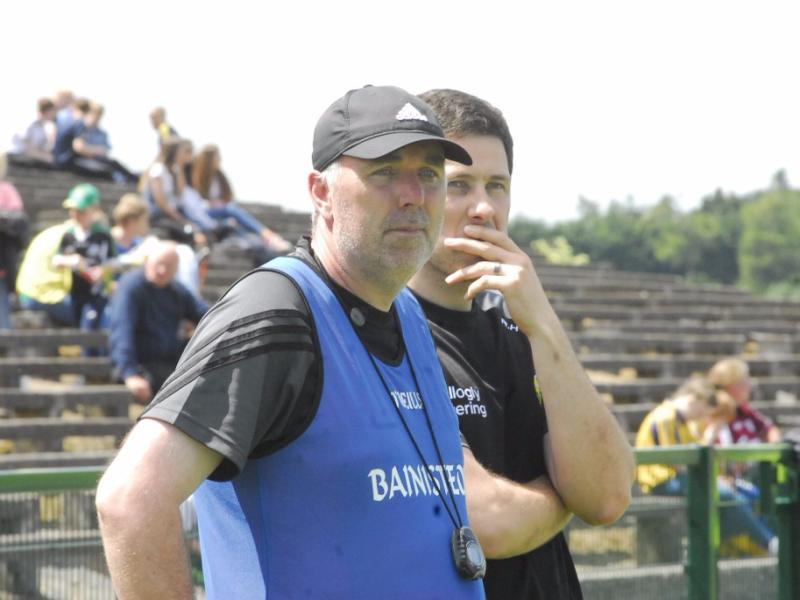 Exasperated, frustrated, deeply disappointed - it is hard to know what emotions were to the fore when Leitrim U17 manager Martin McGowan spoke to the Observer after Sunday’s Connacht Semi-Final, writes John Connolly.

What was clearly evident, however, was Martin’s insistence that Leitrim simply had not performed against Roscommon in Hyde Park - “I know the lads are going to be disappointed with the way they performed themselves because they are capable of so much more. That is not a bad team at all, there is actually good players out there and I just don’t think we saw the real Leitrim out there, they are far better than what we saw today.

“We dominated possession for large parts of that game, we just didn’t convert and ultimately, at the end of the day, that’s what counts.”

Roscommon’s greater economy of effort in front of the posts was a key factor - “That’s the long and short of it, I think we had ten or 12 wides in the game and you can’t afford to do that when you come here to the Hyde Park. You have to make the most of your chances and I suppose the six wides in the first half were crucial, we should have been a lot better than 8-4 at halftime.”

Yet the Allen Gaels clubman felt that it was ultimately the game’s only goal that decided the contest - “The real key was the goal just after halftime, we came out in the second half, ready to go and then we got caught with a goal in the first 30 seconds and that really knocked the wind out of our sails.

“I thought we responded well, we came straight back up the field and kicked two points and Oisin McLoughlin started to get into the game a wee bit and he hadn’t been up to that. And again, we took our eye off the ball a little bit and let them in for one or two soft scores. We had loads of the ball and honestly, we had six weeks to get the team ready because the U17 League was going on in Leitrim and I’m not using that as an excuse.

“We played three challenge matches and we ran up big scores against Offaly and Longford. I feel we didn’t see the real Leitrim out there, I know some of the lads will be disappointed with their own performances but that is football, you have to dust down after those defeats and come back for the next game. We have a minor game in ten days time against Sligo.

“There will be a few of this team involved but it is hard to know exactly how many, we have our final couple of run outs today. I thought Ciaran Cull and Conor Dwyer were superb at cornerback. I thought Jordan Reynolds and Mark Diffley at the other end were very good, we just didn’t get enough ball into them to be honest. I think Mark Diffley hardly lost a ball that went into him all day, Jordan Reynolds the same.”

Although it didn’t make a difference in the end, the decision to award Roscommon a first half point that looked wide and deny Leitrim a Ciaran Cullen score did rankle - “From where we were standing, those were two points and they do make a difference, they forced us to go looking for goals towards the end instead of being patient and taking the shots themselves.”