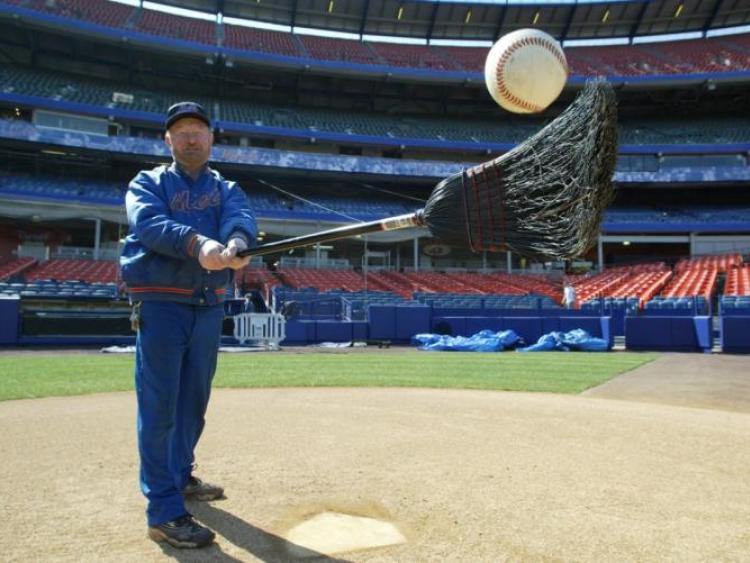 Tributes have been flooding in for Leitrim native and former New York Mets Headgroundskeeper Pete Flynn who passed away on Wednesday morning in New York.

The Aughawillan native tended all three of the home fields used by the New York Mets Baseball team at the Polo Grounds, Shea Stadium and Citi Field in a career that started in January 1962 and only ended his tenure in 2011.

Mets chief operating officer Jeff Wilpon said in a statement “Pete helped make our fields one of the best in baseball. He took such pride in his work and was a pro’s pro. Tom Seaver always said Shea Stadium’s mound had no equal. That’s a pretty good endorsement.”

Flynn left Aughawillan and tried uranium mining in Canada before following his two sisters to New York. He applied for a job at Allied Maintenance in Manhattan and was hired three days later to work at the Polo Grounds.

“I started out as a handyman, so I built the advance ticket office with blocks and I built a storeroom up on the second level,” he said in a 2008 Newsday interview. When they needed someone to do grading, he mentioned that he had done a little landscaping in Canada. And a groundskeeping career was born.

Easily recognizable with his fire-red hair and beard, Flynn was an original Met who began his tenure with the team during New York's inaugural season in 1962 at the old Polo Grounds. He was the head groundskeeper at Shea Stadium from 1974-2001 and remained on the grounds crew until retiring in 2011, two years after the Mets moved into Citi Field.

Flynn was inducted into Major League Baseball's Groundskeeping Hall of Fame in 2015 and honored with the Mets Hall of Fame Achievement Award in 2012.

He also was the groundskeeper for the New York Jets when they hosted NFL games at Shea Stadium from 1964-83, and undoubtedly was the busiest man in the business in 1975 when the Mets, Yankees, Jets and Giants all played home games at Shea.

One of Flynn's most charming memories was of driving The Beatles on the field in front of 55,000 screaming fans for their famous concert at Shea Stadium in 1965. In his distinctive Irish brogue, Flynn even reminded Paul McCartney of that ride when the former band member and rock `n' roll icon returned to play on stage with Billy Joel during his last concert at Shea in 2008.