The enjoyment of a new fishing venue 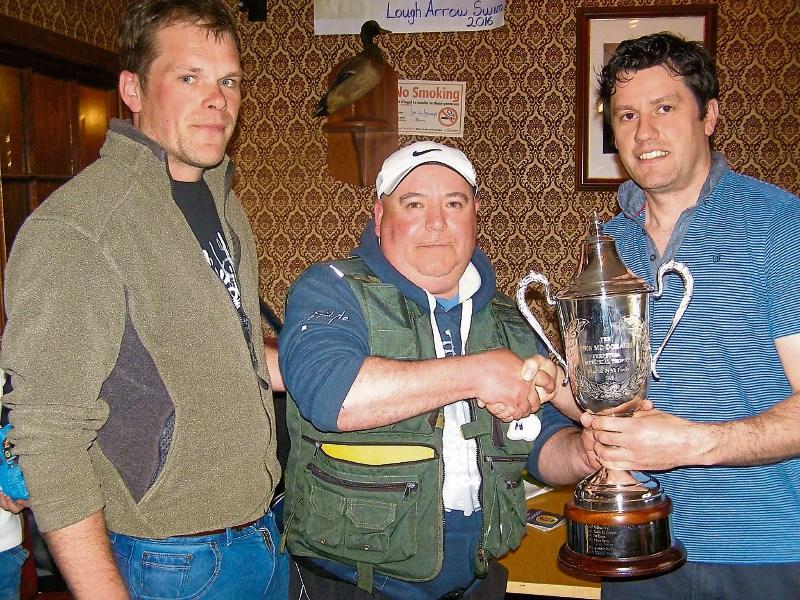 For me there is nothing more exciting than fishing a new venue. The excitement is made all the more pertinent from hearing stories from other anglers and about the fish they have captured and lost.

I recently took a trip to a lesser-known lake on the Shannon and it was a first for me.

I had heard stories in the past from my father and others who all agreed that this lake is full of trout but only are taken during the Mayfly season after which they skulk back to the lakebed not to be seen for the rest of the year.

I have often wondered whether there was any truth in this so decided to give it a try and if a fish were caught then it would be a bonus.

The lake I am talking about is about is Lough Boderg and is only a short spin from my home place. I often take walks out in Derrycarne woods and sure enough I have seen amazing hatches of mayfly during the months of May and early June.

The lake is well used in the winter and early spring by pike anglers but seldom do you see a trout fly angler on it at any time of the year. I stand to be corrected of course, but if they are there they are well camouflaged and well hidden.

Before I set out I decided to do a little research. Firstly as I had decided to fish from the shore I had to discover access points that allowed successful fly casting, otherwise time would be wasted taking flies out of bushes and trees.

This is where Waterways Ireland navigation maps and OSI came in handy. The OSI maps gave me the detail that I needed and Waterways Ireland maps gave me a fantastic knowledge of contours, depths features and other relevant information. The OSI map showed in great detail all the old jetties and remnants of man made structures from a bygone era. It also showed me where the points were which create bays with both shallow and deep areas.

The Waterways Ireland maps alerted me to the drop offs from shallow to deep water. Trout love drop offs due to the availability of food sources in the shallows and the comfort and security of deep water close in. Always a good bet when fishing new waters.

I got to the car park about 8.30pm and walked through the mixed woodland along the shore.

The silence was broken only by some startled black birds and a few skittish mallards as I made my way to the old icehouse, which lies adjacent to a broken down pier. Here I studied the water and watched for any signs of fish moving.

A few yellow Sally’s danced over the water and soon enough a fish made its presence known with a loud splash and my heart began to race. I immediately tied on a size 12 mayfly and waited to see if the fish would continue feeding.

After about four or five minutes I noticed a small bow wave moving to my left and not far from the original splash.

I cast out in front of the wave hoping to land the fly onto the path of the moving fish. The fly landed on the water and in a second the line went taut.

I felt the fish but something did not feel right. Line stripped from my reel and then went slack. I feared the worst as I furiously took in the loose line.

Then I felt the fish once again and it broke the surface, my heart dropped. It was a pike of about 2lb weight and just as it saw me it turned in the water and my line fell in a heap on the water.

That was the only fish I saw that evening but at least I didn’t blank and I am sure persistence and stubbornness will pay off for me in the next few months.

Until next time ….tight lines, wear a lifejacket and stay safe on the water.