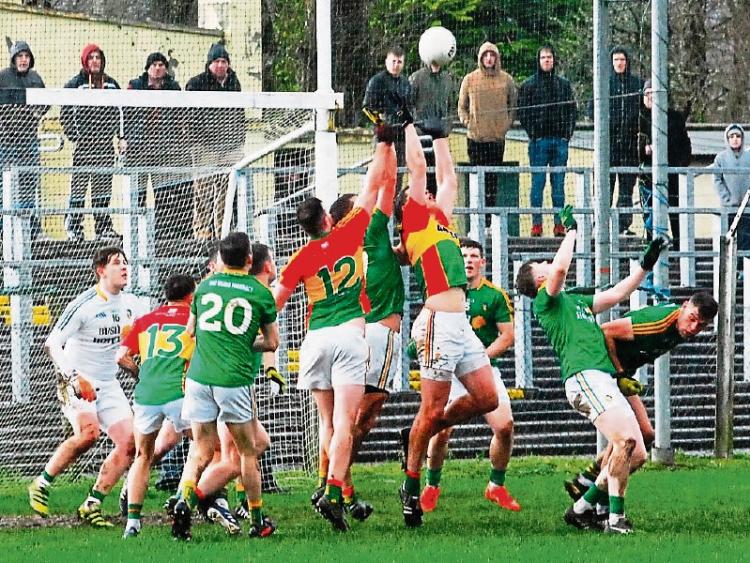 After three weeks of introspection, Leitrim footballers have the chance to get their season back on track when they travel to Netwatch Cullen Park next Saturday for round two of the All-Ireland Football Championship Qualifiers.

Brendan Guckian’s side take on a Carlow team who will fancy their chances of making it through to the third round but Leitrim must also think this is the perfect opportunity to kick-start their season and gain some redemption after the trauma of Hyde Park.

Getting back on the football field may actually be a welcome relief after a torrent of criticism from fans after the defeat in Hyde Park and to be honest, Leitrim would have been looking to get either Carlow or Wexford in the Qualifiers.

The only way it could have been better would have been a home tie but avoiding Armagh or Cavan was a huge boost and the memory of a two point win over Carlow earlier this year should be enough to energise Leitrim’s players for this clash.

That game in March saw a wasteful Leitrim battle manfully to record a 2-14 to 2-12 victory over a team who ultimately finished ahead of them in the Division 4 table in what was the high point of the League campaign for Leitrim.

Two points would suggest a very tight game and Carlow did launch a furious fightback as they came from seven points down tie the scores with five minutes left. But displaying the sort of spirit and resilience and defiance that will be needed in spades next Saturday, Leitrim hit back with two late points to seal a deserved if somewhat nervous victory.

Leitrim’s display that day should raise confidence as many of the Carlow players who gained plaudits against Dublin were in action that day yet it was Leitrim who set the agenda in the game and it is that spirit the Green & Gold must tap into next Saturday.

Of course, Leitrim had a very different team that day as Emlyn Mulligan, Nevin O’Donnell and Mark Plunkett were all on target that day but maybe it will be another chance for Gary Plunkett to shine, the Aughawillan man grabbing two goals against Carlow.

Perhaps Leitrim will also take confidence from the team’s respective displays against London as Carlow had just one point to spare against the Exiles in Ruislip, Brendan Guckian’s side prevailing by three points.

In fairness, Leitrim did know from last October they would be facing London and the Exiles were clearly first and foremost in Leitrim minds from a long way out. But perhaps the plaudits Carlow garnered after losing by 12 points to Dublin were thrown a little prematurely.

The big question for Leitrim is not whether they can take Carlow, and Leitrim have had some great battles with the home team down through the years in the League and should not be afraid of them, but how is the mental state after the defeat to Roscommon.

Recovering from that sort of loss is not easy and much will depend on the mood in the camp but Carlow are not a Division 1 team like Roscommon and if Leitrim can get the heads right, there is no reason why they can’t get a shock.

Now Carlow have to be favourites to advance - they have put up some good displays against Wexford, Dublin and even the battle against London will stand to them and they may get an unexpected bonus if Brendan Murphy, who can be a liability with cards coming his way, is ruled out of the game as there always seems to be a danger of dismissal for the talented midfielder.

But what Leitrim need now is a performance that reminds both the players and the Leitrim GAA public of the heart of this team. At home, Carlow have an advantage but Leitrim have nothing to lose and they always perform well in Netwatch Cullen Park.

If Leitrim can play with the resolve and spirit they showed in the League against Carlow, anything is possible!

Leitrim face Carlow next Saturday, July 8, in Netwatch Cullen Park in Carlow with a 3 pm throw-in. Tickets cost €15 for adults and €5 for Juvenile/U16s and are on sale at gaa.ie/tickets and in selected SuperValu and Centra stores nationwide.