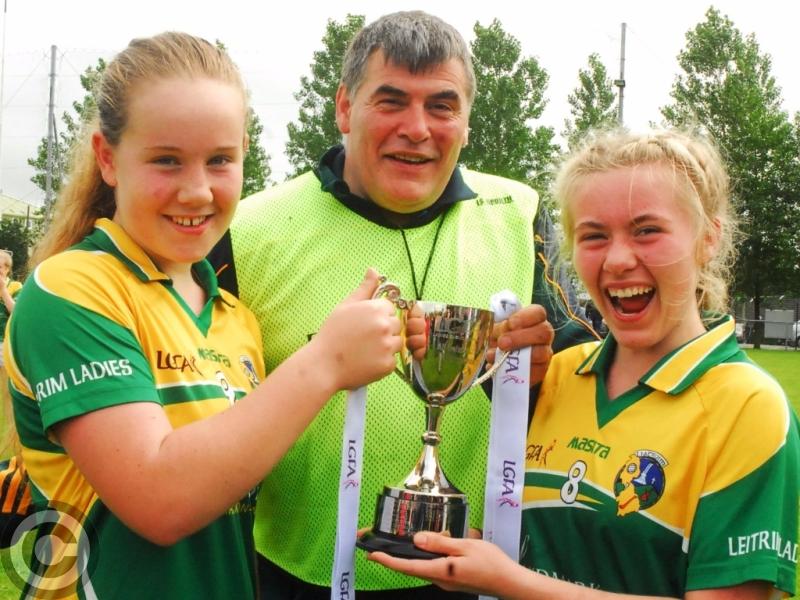 In the aftermath of Saturday's All-Ireland final victory over Armagh, Leitrim manager Jerome Quinn was a satisfied and proud man as he took time to reflect on the game and pay tribute to his players.

Jerome spoke last week about his belief that Leitrim were good enough to emerge victorious and that belief was proved to be well placed as his team emerged emphatic winners - “I knew we were well capable of winning it and that is being honest with you.

“I saw Armagh playing against Limerick  and I knew from looking at them they have a couple of strong players around the middle and Casey Mullen at centre-half forward is a class player. I knew she’d take watching but I knew they wouldn’t be any trouble to our backs who have been practicing and have been coached all year.”

For the majority of the first half, Leitrim appeared in control but the concession of two goals at the end of the half allowed Armagh back into contention. But Jerome revealed there was no panic in the dressing room during the break as he reiterated his belief to the players that they were good enough to win.

“Just before half-time, they got hit for two goals and I just talked to them in the dressing room and said ‘I am not one bit worried, we have this game well under control.’ We just got a lapse where we allowed them to run on to us.

“They came out in the second half and from when the ball was thrown in there was a shot on goal. From the word go they dug into it again. They deserve everything they got.”

One moment of individual brilliance from Muireann Devaney stood out and Jerome was quick to pay tribute to a player he compared to one of Kerry's all times greats.

“She’s like Mikey Sheehy. The vision, the ability, the quick free. I wouldn’t say there were three people here who would have thought of doing that, it was just genius.”

While full of praise for Muireann, Jerome was quick to stress that it was a team performance and it was the strength of the collective unit that guided Leitrim to victory.

As the celebrations continued around him, Jerome added “They really are an excellent team. Everything you tell them they do it and everyday we go out we try to improve.”