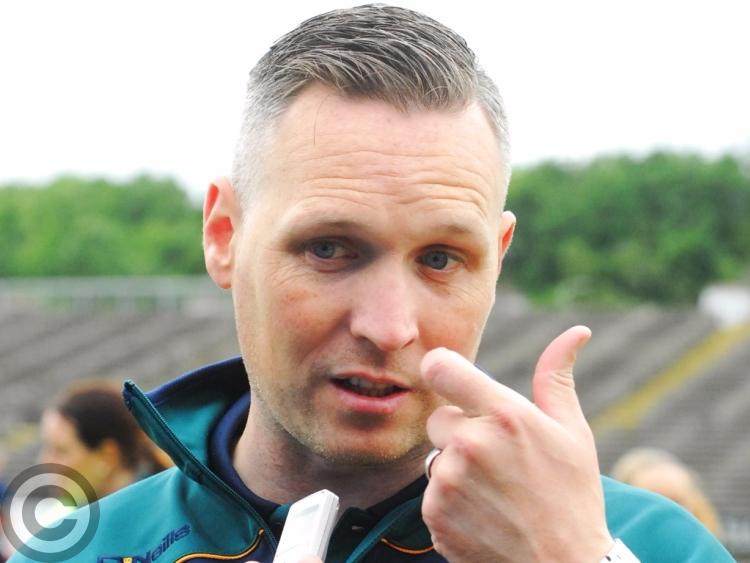 Leitrim will pick themselves and have a right go at the All-Ireland series despite the deep disappointment of losing last Sunday’s Connacht Intermediate Final according to manager Philip Brady.

With Sligo finishing strongest in Elvery’s McHale Park, Leitrim saw the Cup drift out of their grasp and there was obvious frustration as Philip spoke to the Observer - “We put in a performance which I suppose is what we are looking for, I’m disappointed obviously not to win the trophy.

“It was something we wanted to win as a reward for the hard work but that is what happens, life goes on, we’ll regroup and go through the back door if we have to. It is not what we wanted but an extra game mightn’t do us any harm.

“There is still an All-Ireland to be played for and we’ve been talking about that all year.”

And Philip did pull some positives from the game despite the loss - “We played very well for long periods. I spoke to you during the week that if we played for 40-45 minutes, then we’d be in the game and we were for long periods.

“We just lost our way for about six or seven minutes in the second half where Sligo got a goal and two points from our mistakes. These things happen but we missed a goal up the other end just at the same time. Look it is swings and roundabouts, we just have to take it, Sligo played very well today, I thought they played a lot better there today that even the last day.”

The Leitrim manager agreed that both teams had cancelled each other out to a large degree but it was Sligo’s ability to capitalise on their chances that separated the teams - “It worked out well, they went up, we came back and it was tight for long periods and I thought the two teams played very well, I don’t think anyone dominated.

“Just one or two missed chances and they took theirs, that’s the way football goes, we just have to take our loss, Sligo were the better team today and we just have to move on. We’re working hard, it could have went either way.

“Anna Conlan came on today, she is not long back with us and a few more girls, their fitness levels and footballing skills will have improved an awful lot from something like that and it will help us going forward. There was a great crowd, great atmosphere, a big pitch here in Castlebar.”

And Philip sounded a confident message for the Qualifiers - “I’m happy enough with the performance, disappointed with the result, we will regroup and we will be stronger from today. Going forward, we are probably in a good position and the disappointment among the group, which is great to see, we would be worse off if they were all happy on the pitch out there.”