Clubs need to let best players play with the County 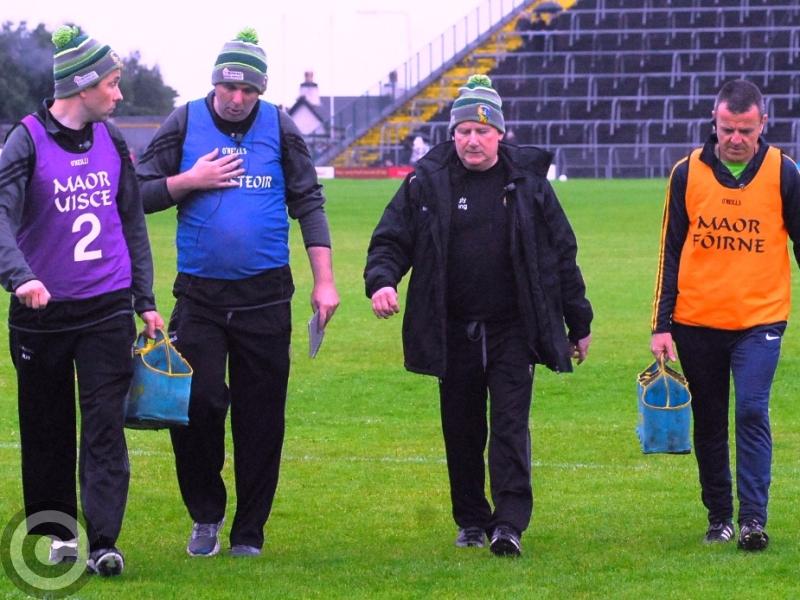 Martin McGowan has called on the clubs of Leitrim to encourage their best players to play with County teams as he claimed that the GAA in Leitrim is a “little too insular in our thinking.”

The Minor manager made the remarks in the wake of last Wednesday’s 3-12 to 3-7 loss to Sligo in the Electric Ireland Connacht Minor Championship Semi-Final in Markievicz Park as he revealed that Leitrim were without eight players who he felt should have been members of the County squad.

“I have to say it was a talented Leitrim team, they were all there,” Martin told the Observer, “but we lined out today short eight fellas who couldn’t make the commitment to the Leitrim team and that is very disappointing.

“For whatever reasons they did it, some of them for personal reasons, I know there were fellas who were going on holidays and that they weren’t going to be around for the game, there were other fellas who chose club over county.

“Leitrim football isn’t going to progress, talent doesn’t grow in a bubble within a small club. If you have talented players you need to let them out there and let them play with the County team against better players.

“Certainly today, I could have named eight players for you quite easily that should have lined out, three of them are playing Senior League in Leitrim at the minute and they are not lining out with us here today for various reasons, their own choices, not our choice.

“It is not the club’s fault, the clubs are all small in Leitrim but they need to be encouraging the best players to play with the county, it is only going to make them better and it is going to make their own clubs better in the long run.”

Martin, who criticised the Leitrim Observer’s match preview and report on the U17 game, said he was proud of the efforts of his players - “I’m so proud of every one of them, they fought to the bitter end. We had our homework done on Sligo, we knew they were going to play a sweeper and we decided that we don’t really envisage Leitrim teams working well with a sweeper.

“So we decided to push up on the sweeper, that is why we played Mark Diffley at wing-back so he could push up and cause them problems.

“Losing Ciaran Cullen was a big blow because he was really driving at Sligo from the halfback line, he was creating openings, he was fouled for a free. That is ultimately the tale of the game.”

And Martin believes that many of this year’s Minor team will go on to star with the County Seniors in the years ahead - “We are a small county, you don’t make that excuse. In all the years interviewing me, you never heard me make the excuse that we’re a small county.

“I think it is an advantage in ways because if we get everybody out, we have got such a tight knit community in Leitrim and if people just get behind their players, I think Leitrim football can push on and move on.

“You have Darragh Rooney and Niall McGovern played in the Minor Championship last year and they lined out for Leitrim in the Senior Championship already, and the year before that you had Mark Plunkett, you had Conor Cullen, Pearse Dolan and you had Ryan O’Rourke so there are young players coming through and we need to get behind these young lads.”