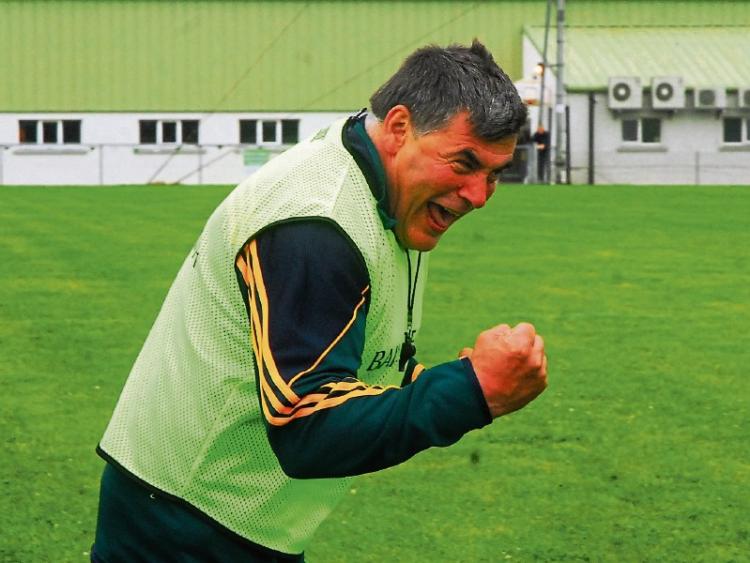 Jerome Quinn insisted there was no great secret to Leitrim's All-Ireland U14 B success, saying he is lucky to be in charge of a very talented team who have a burning desire to be as good as they can be.

And the former Leitrim players believes it is a philosophy that all Leitrim teams should adhere to - “I have a belief that there is no magic potion in a county and my belief is Leitrim has far more skillful players than any other county in the country because of our demographic situation.

“We’re in small bundles, small schools, kids that are big fishes in small ponds and they have self confidence growing up but we don’t seem to be able to harness that on the male side of things. I don’t know where it gets lost but it seems to get lost.

“I encourage these kids to go out and play and use their ability and have confidence in their own ability. They are enjoying themselves and they know what they are capable of and they want to do it and there is a lesson to be learned in that.

Eager to share the triumph with all those who had assisted the team Jerome thanked the players, parents, the clubs of the county and in particular his two assistants Marian McKeon and Elizabeth Hargaden Ward.

“The two people I have beside me on the line, I would be lost without them. Liz and Marian, they are just absolutely fabulous. Sometimes I can get caught up in the game but they have everything ready and organised. It was a fabulous team effort and there was great teamwork there today above all else.

"Michelle Guckian went through hell getting them kitted out, it was an absolute nightmare for her, I think she was up half the night but you have people willing to put in that commitment and it is fantastic.

And Jerome extended his praise to the players and their families for their fantastic dedication to the cause - “It’s a fantastic panel, we have 37 players and they have given a tremendous commitment all year but more than that their parents have been behind us 100% wherever we looked for training.”

“You have no idea of the commitment. We had kids up in Donegal at the Gaeltacht and for the challenge game against Galway they went up and brought the kids back for a challenge game.”

Insisting that Leitrim’s success was a result of the co-operation and assistance from many throughout the county Jerome was also keen to pay tribute to the clubs.

“The clubs of the county as well, I must say a major thank you to the clubs. Every time we looked for pitches for training, we have trained in different pitches all around the county to be fair to everybody and the clubs have really opened their doors to us and given us every help that they could.”

Looking back on the campaign, Jerome believes that although it was a ‘B’ title they won, Leitrim are very close to the standard required to win an ‘A’ title.

“Galway hammered Kerry today in the A Final, they beat us by six points. We are very, very close and it is only a matter of sticking together, promoting them, giving them what they need and people getting behind them and supporting the girls.

“I have no doubt if you did the same with the lads you could get the same results. It’s not about tracksuits and so forth.

“I had to laugh earlier in the year we were playing a county team and myself and Liz were walking in the gate and we were after hammering them and she said do you see what’s after going on, they have physios and everything and we’re getting it tight to have water bottles.

“It’s not about the trappings and Leitrim needs to get back to what’s important and actually going out and doing it on the field.

“Jerseys and all that stuff can come afterwards, we will always present ourselves adequately on the field but what you do on the field is what matters to people not whether you have the latest haircut or style. That’s my take on it, get it right on the field first.”