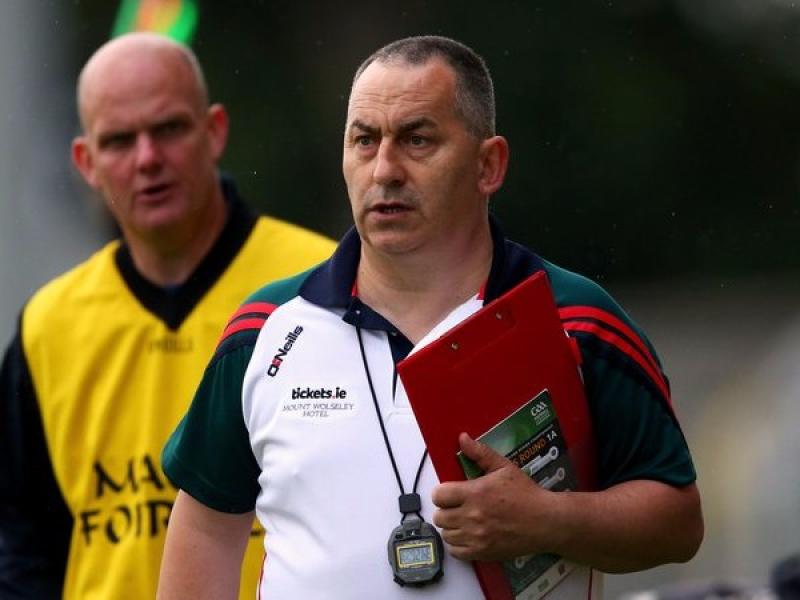 They may be favourites but Carlow manager Turlough O’Brien is preaching caution ahead of his counties All-Ireland SFC Qualifier clash with Leitrim in Netwatch Cullen Park on Saturday (3 pm throw-in).

And O’Brien, speaking to the Carlow Nationalist earlier this week, pinpointed a loss in Pairc Sean Mac Diarmada in March as the reason Carlow missed out on promotion - “It is a chance to recover after losing to Leitrim in the league up there.

“There was a lot of talk about losing to London in the league but it was the defeat to Leitrim which killed off our hopes of gaining promotion. We were very disappointed leaving Carrick-on-Shannon that day.”

“Great to get a home draw. Both sides will have expectations of beating each other and it will be a great opportunity for each side to advance. We are delighted with the draw.”

And O’Brien believes that his team must build on the positivity in the county at the moment after a strong performance against Dublin - ““There is no doubt about it. There is a lot of positivity towards the football and the hurling as well.

“People are optimistic it is going in the right direction. We have had a good championship, beating Wexford and London and giving Dublin a good run. We are still in the championship which is good.”

And O’Brien believes that despite some one-side results in the championship, there is no need for a B Championship - “What we learned against Dublin was that if you set up your structure right and stick by it, you can be competitive.

"I think it was a serious miscalculation by Westmeath to take Dublin on as they did. The problem with a one-sided game like that is that it gives ammunition to those who want to see two championships.

"That's not in anyone's interests. Players would lose interest in a 'B' championship. So too would the public and what would you be left with then? I'd much prefer to see counties getting their houses in order so that they can be competitive with whatever is put in front of them.”