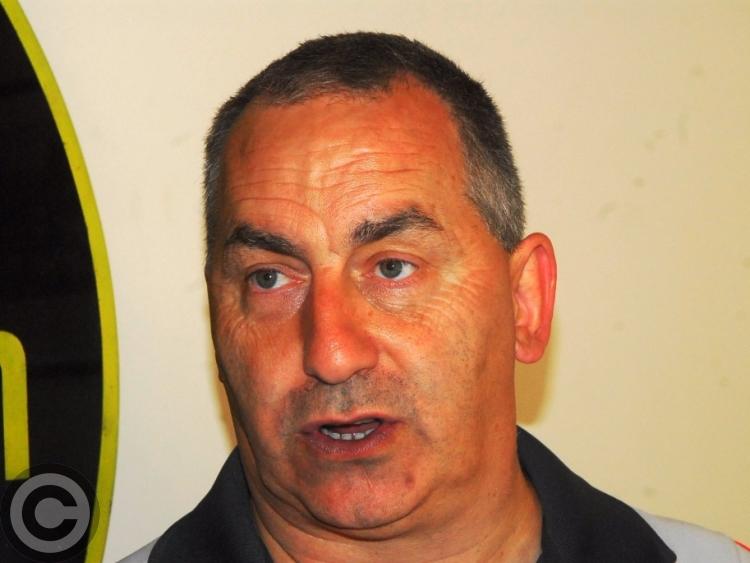 A stirring defence of Leitrim football came from a surprising source last Saturday as Carlow manager Turlough O’Brien urged the county team to stick together.

Basking in the glow of a third Championship victory, Turlough’s first thoughts when interviewed by the Observer were of Leitrim - “They were very good in the first half. I think the Roscommon game was a very unfair reflection on where Leitrim are at.

“I’ve seen a good bit of Leitrim, I was at the Roscommon game and it just got away from them and they just couldn’t get back into it. But I saw enough from that game to know that there is a lot of pacy, talented footballers on that team that didn’t play against us in the League.

“There is very promising talent  in Leitrim. Today, they were obviously handicapped by losing so many players before the game started at all, big players for them.”

And he urged Leitrim’s young players to emulate Carlow’s example - “It can be done, the bones of our team is very experienced, they’ve been there the last seven, eight, nine years and they have been great loyal servants for Carlow so these are really, really great days for these lads.

“But we have that consistency that we didn’t have last year, they are a great bunch of lads, totally committed to the game and they never wavered. We really feel we could be out of Division 4, we should be at this stage.

“We slipped up in Carrick, we were very poor, Leitrim should have been 12 points up at halftime but what I would just say to the Leitrim lads is keep the heads up, there is plenty of football in them and not to give into the negative that you will hear from all sorts of places.

“There is plenty of talent there, it is just like ourselves. If we could only get out of Division 4 and play quality teams more often, we would all improve and that is the secret.”

Analysing the game, Turlough agreed Leitrim had started well but he always remained confident that the game would turn Carlow’s way - “We were confident at the start of the game that we could turn them over, Leitrim started very well but we weren’t panicking.

“We felt that when we settled into the game, we could claw our way back. We created a good few chances in the first half, even a couple of goal chances we didn’t take.”

And Turlough admitted that Carlow changed tack in the second half after an injury sustained by Paul Broderick, running the ball more instead of playing direct to the full-forward with devastating result - “We were happy enough at halftime, the second half I thought we played outstanding football.

“We ran with the ball more, we’ve been working very hard for it the last three years but especially the last year.”