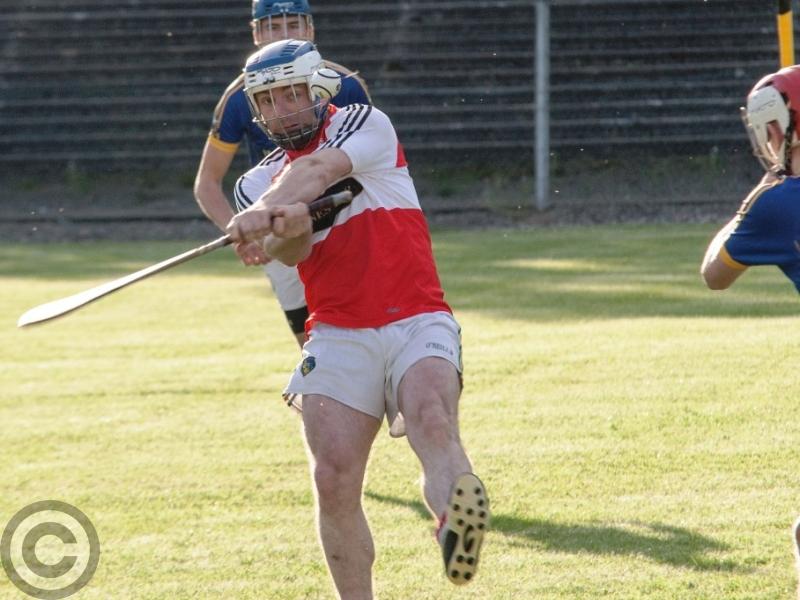 All eyes on the ball. Photo by Declan Gaffney

It is hard to term this anything other than a phoney war as Carrick-on-Shannon grabbed three goals to see off a Cluainin team who looked the more accomplished side.

Friday's first semi-final in the Leitrim Senior Hurling Championship was a repeat of last year's Final but the game was robbed of a lot of significance by missing faces on both teams and the feeling that this might turn out to be the only game in the competition before the final.

Carrick's win sees them straight into the final while Cluainin must wait to see if Ballinamore are able to field in a semi-final provisionally fixed for September, a worrying state of affairs given how many of the County hurling panel are from the Ballinamore club.

If Ballinamore are unable to field, and the club football championship will be in full flow at that stage, it means Carrick and Manor will do battle again to lift the Stephen Dorrigan Cup.

And as dress rehearsals go, this one might be misleading - Carrick had five points to spare but had far from their strongest line-ups starting while the absence of Karl McDermott and Niall McLoughlin left Cluainin with just three subs on the bench.

In contrast, Carrick had virtually another team on the sideline and they needed them as they were second best for long periods to a better drilled and more accomplished Cluainin who showed better touches and keener finishing to deservedly lead 0-8 to 1-1 at the halftime break.

And when they look back on this game, Cluainin will point to the concession of three messy goals as key to their defeat. The first came after a scramble when a Clement Cunniffe free dropped short and the other two after long range efforts were batted straight to Carrick men.

How much can be read into team selections is impossible to know as the introduction of Clement Cunniffe, Gavin O'Brien and Niall Flanagan transformed Carrick at halftime who had been kept in the game by the defiance of Kevin McGrath and James Glancy. 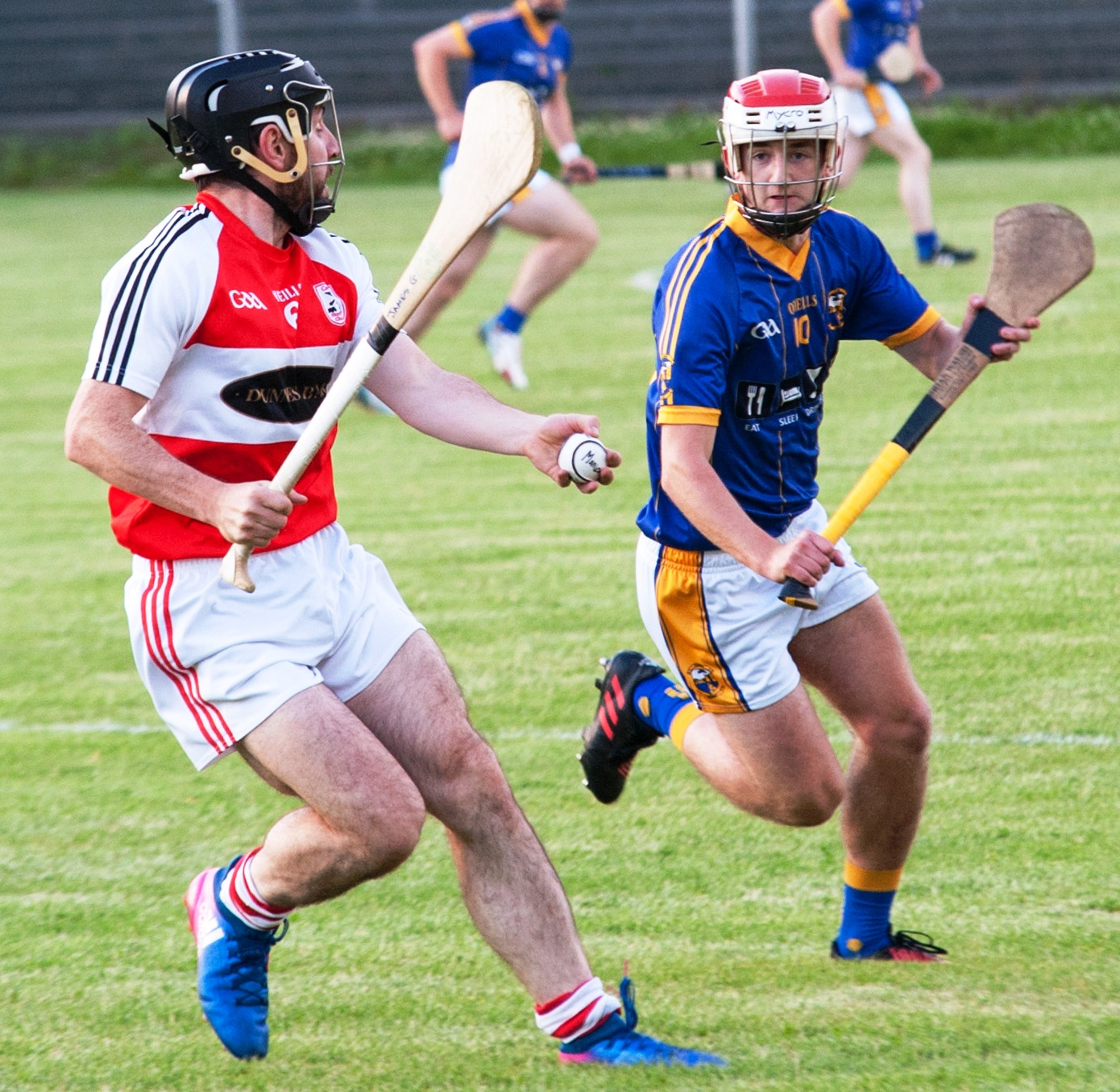 The opening seemed promising as Gavin O'Hagan (free) and Sean Beirne were on target inside the first three minutes, although Beirne suffered a badly broken hand in the act of scoring and had to be replaced. Then followed a period of wides with both sides missing chances.

Fergal Rooney scored a great point after working hard to keep the sliothar in play and O'Hagan   saw an effort blocked but reacted to fire the ball over the bar.

Padraig McWeeney drove a shot wide while sub Gavin O'Brien saw a shot saved after a long run before another O'Hagan free from 60 yards stretched the lead to three points.

Carrick received a lifeline when Sean O'Toole drove a batted out free to the Cluainin net on 23 minutes but it was the north Leitrim men who responded well with Gavin O'Hagan hitting three points, one from a free and two excellent scores from play before Micheal Dolan scored a great point from the corner.

Manor had two wides as did Carrick before the break while O'Brien saw a shot saved by Ethan Clancy as a dominant Cluainin led 0-8 to 1-1 at the break.

That lead was ripped apart two minutes into the second half when a Cunniffe free dropped short and Gavin O'Brien showed great persistence to force the sliothar to the net.

Cluainin hit two costly wides before Cunniffe pointed after good work from McGrath and James Glancy added another to take the lead for the first time.

O'Hagan responded with a free but after missing an effort, Cluainin were dealt a huge blow when Gavin O'Brien's long range shot was parried by the keeper straight to Liam Moreton who battled the ball back to the net on 11 minutes.

Back came Cluainin and two O'Hagan points narrowed the gap to one after 14 minutes but Cunniffe hit back immediately. Colm Moreton from 60 yards and Micheal Dolan with a brilliant effort from the corner traded points after 17 minutes of the second half.

Ultimately, it was Carrick who had their tails up and two points from Liam and Colm Moreton within two more minutes gave Carrick a four point lead and Cunniffe closed the scoring with a long range free seven minutes from time.

Cluainin kept battling and O'Hagan saw a late free saved and the follow-up blocked in the final minute as the champions sought a goal that might have given them a lifeline.

The defeat is far from fatal for Cluainin but Carrick will take a lot from this contest as well later in the year. 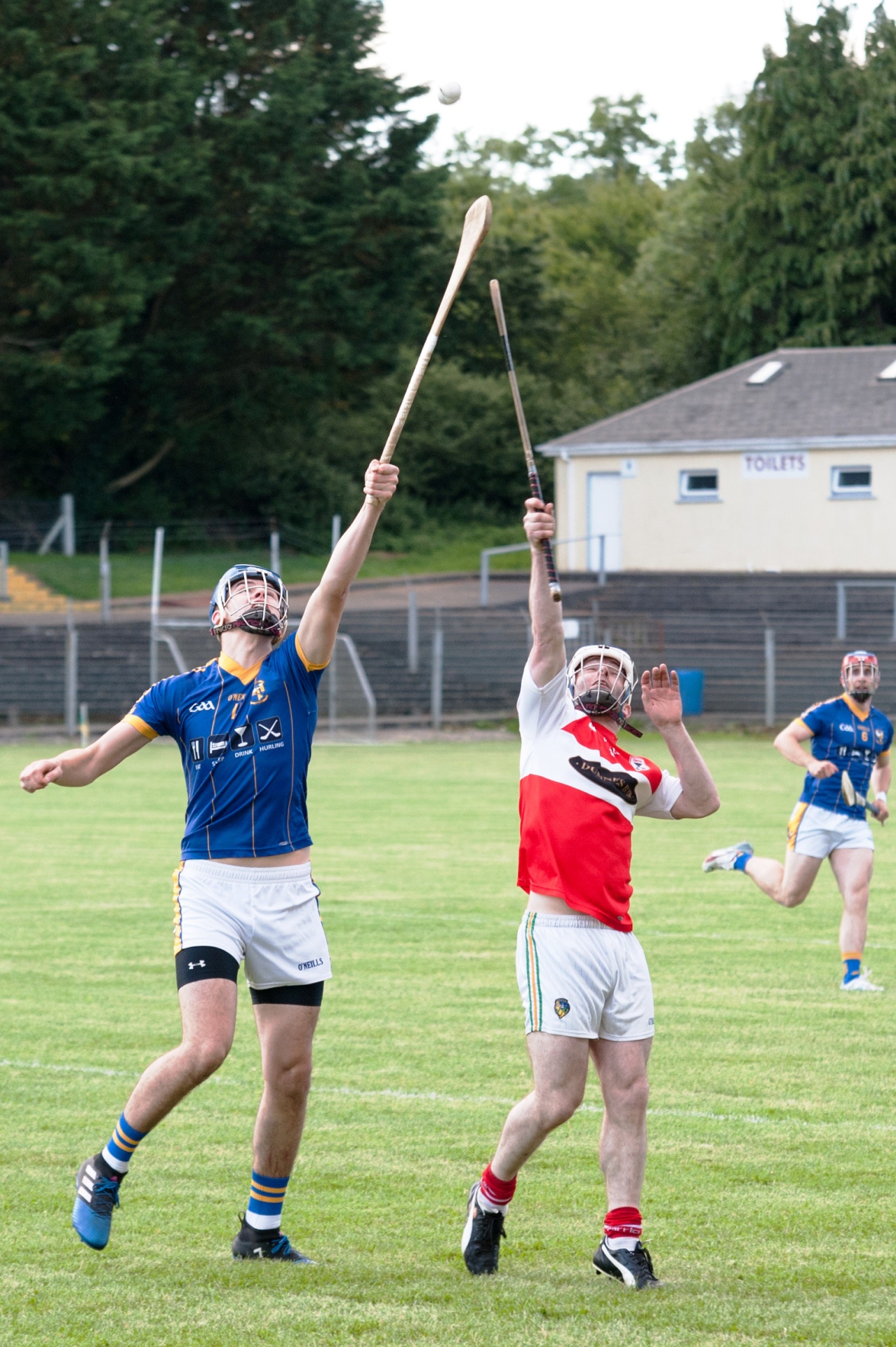 Reach for the sky, or the sliothar! Photo by Declan Gaffney

Talking Point: Carrick are now into the Final while Cluainin must wait until September to see if Ballinamore can field a team, hardly the best way to improve hurling in the county after the highs of the Lory Meagher Cup Final.

Turning Point: The first score of the second half, a scrambled Gavin O'Brien goal, energised Carrick but it was Liam Moreton's tap in 11 minutes later that killed off Cluainin's challenge.

Ref Watch: Gus Chapman would have handed harsher punishment for a few wild swings on a few occasions but he kept tight rein on a hard hitting contest.

Highlight: Gavin O'Hagan's first half freetaking was impressive as was the superior first touch of the Manor men.

Lowlight: The first quarter was full of mistakes and poor shooting with a scoreline of 0-3 to 0-1 , more in keeping with a poor football match than a hurling encounter. The action picked up but some of the wides in the second half were appalling.