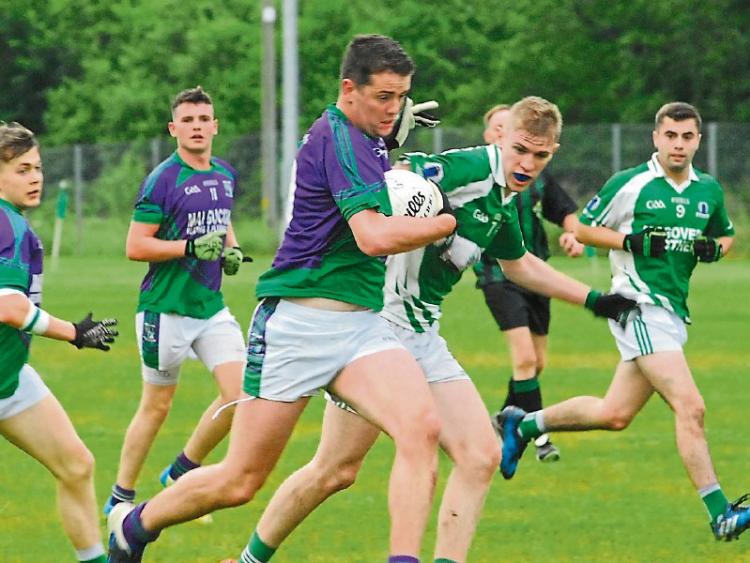 On an evening when no prizes were handed out, the players of Fenagh St. Caillin's and Drumkeerin still felt like winners as they avoided relegation from the Dunnes Bar Division 1.

In what must be the earliest ever conclusion to the premier division of League football in Leitrim GAA history, both Fenagh and Drumkeerin, promoted last year from Division 2, extended their stay in the top flight for another year.

With two rounds in the space of three days, the fate of four teams came down to the last round of games after Allen Gaels scored a huge win on Wednesday evening, leaving three teams level on four points and Drumkeerin just one ahead of them on five points.

But despite losing by two points to St. Mary's Kiltoghert (0-10 to 1-9) on Saturday, it was the point gained last Wednesday against Ballinamore Sean O'Heslin's in a 1-6 to 0-9 draw that ultimately kept Drumkeerin in Division One for 2018.

With Fenagh St. Caillin's walloping St. Patrick's Dromahair 3-16 to 0-10 in a winner stays up-loser is relegated clash, the Fenagh men went one step further to ensure their survival with their large winning margin ensuring that their scoring difference was superior to that of all their relegation rivals.

Allen Gaels, who mounted such a remarkable fightback to give themselves some hope of avoiding the drop with a 2-11 to 1-6 victory over Gortletteragh on Wednesday, saw the door slammed shut on their survival hopes when Glencar/Manorhamilton triumphed 1-10 to 0-9 on Saturday.

All those results meant that scoring difference and head to head records were not needed with Fenagh moving to six points, Drumkeerin staying on five and Allen Gaels & Dromahair making the drop to Division 2 with just four points.

The Drumshanbo men had won promotion to Division 1 just two years ago as their struggles continue but for Dromahair, the loss of key players like former county star Kevin Conlan came home to roost with a vengeance this year as they end an eight year spell in the top flight of Leitrim football in the county.

Mohill finished the year on top of the pile with a comprehensive 3-18 to 1-8 win over Fenagh St. Caillin's on Wednesday followed by a surprising walkover against Aughnasheelin, a team who had defeated Glencar/Manor just three days previously.

In an even more surprising move, Melvin Gaels finished their League campaign on a downbeat note, drawing 1-9 apiece with St. Mary's on Wednesday, and needing an injury time goal to do so, before then giving a walkover to Gortletteragh on Saturday.

Ballinamore Sean O'Heslin's, one of the early season pacesetters in the Division, finished their campaign off with a potentially demoralising loss to neighbours and fierce rivals Aughawillan, the 1-11 to 0-9 completing a run of just one win in their last five games.

Last year's Intermediate champions did draw with Drumkeerin last Wednesday but they will be worried ahead of the impending Championship campaign.

Aughawillan, on the other hand, may feel they have turned a corner with two wins in three days over Dromahair and Ballinamore as the defending County Champions may be timing the defence of their title just right.

Another team who have shown huge improvement from the nadir of conceding a walkover to finishing fourth is St. Mary's Kiltoghert, the Carrick men drawing with Melvin Gaels and beating Drumkeerin to seal off a run of eight matches without loss after they lost their first three games.

It is a message that many clubs will take to heart ahead of the championship as form can come and go during the League but there is no doubt that Mohill have set the pace and set it well, just one loss and one draw, the loss coming against Sean O'Heslin's while they drew with Glencar/Manor.

How much can be read into the League is hard to tell, particularly with Drumkeerin, Fenagh St. Caillin's and Aughnasheelin all contesting the Intermediate championship but at the moment, Mohill seem to be out in front. 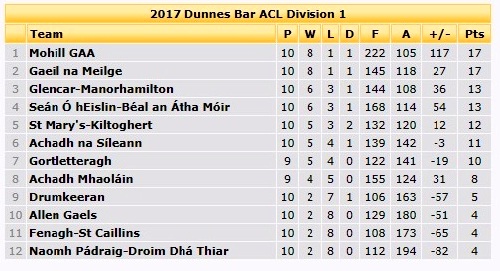