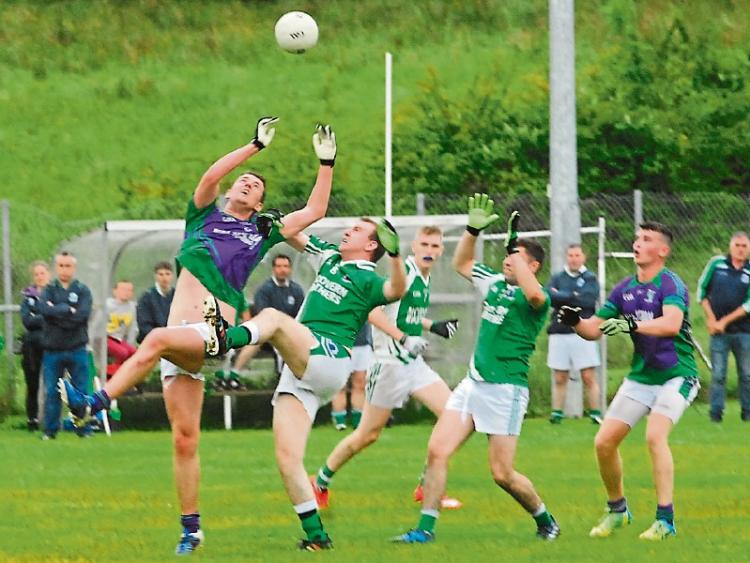 With impressive performances at underage level in recent years, Leitrim Gaels reinforced the idea that they are a growing force by sealing promotion back to Division One at their first attempt.

Leitrim Gaels had just one year in the top flight and it was a tough introduction as they lost all but one game in 2016 but they stormed straight back to the top flight with two wins over the last week to take them top of the table.

A 0-15 to 1-10 win over the already promoted Ballinaglera took them top and they ensured they could not be caught when they had four points to spare over last year's Junior & Division 3 champions Aughavas at the weekend, a 1-12 to 0-11 win leaving Aughavas on the brink of the drop.

Aughavas, who have just one more game to play against neighbours Carrigallen, have just six points with Carrigallen, Ballinamore's second string and Bornacoola all on eight points. O'Heslin's and the Bors meet this week, a draw would leave both teams safe and a win would lift one team clear.

Kiltubrid ensured they would not be drawn into a relegation battle with a 1-9 to 0-9 victory over Carrigallen last Friday while Drumreilly scored a narrow 3-11 to 1-16 victory over Aughavas last Wednesday, a loss that keeps Aughavas into the relegation mire.

Annaduff, who started off the campaign so promisingly, are ending on a low note as they had two men sent off in a heavy 3-12 to 1-6 loss to Cloone last Wednesday, a result that leaves Cloone in third and Annaduff a point behind in fifth place.

Aughavas do have the head to head result against Ballinamore who have a game in hand against Drumreilly but Aughavas will first need to defeat their neighbours with whom they join up at underage level as St. Joseph's.

The loser of that match could make the drop to Division 3 but if more than two teams end up level on points, there could be a long, drawn out playoff scenario due to the amount of walkovers in the second tier of club football.

The trend continued last week with Drumreilly conceding their game to Glencar/ Manorhamilton, a result that lifts the north Leitrim second string to fourth in the table.

There are still a lot of games yet to be played with Glencar/Manor, St. Mary's, Sean O'Heslin's and leaders Leitrim Gaels all having two games left while Bornacoola still have three games to complete their schedule.

With the Championship soon to get into full-flow, Division 2 may take quite a bit of time to run off although there are two games down for decision this weekend and it could come down to exactly when games are played to decide who contests the final.

Glencar/Manorhamilton may yet contest the Division 2 Final but they will need to win both games against Kiltubrid and Bornacoola and hope that Ballinaglera lose their final game against Cloone as they have the head to head against the Glera men. 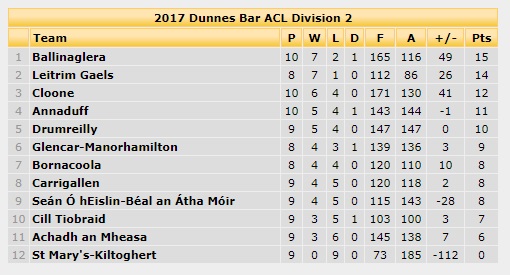