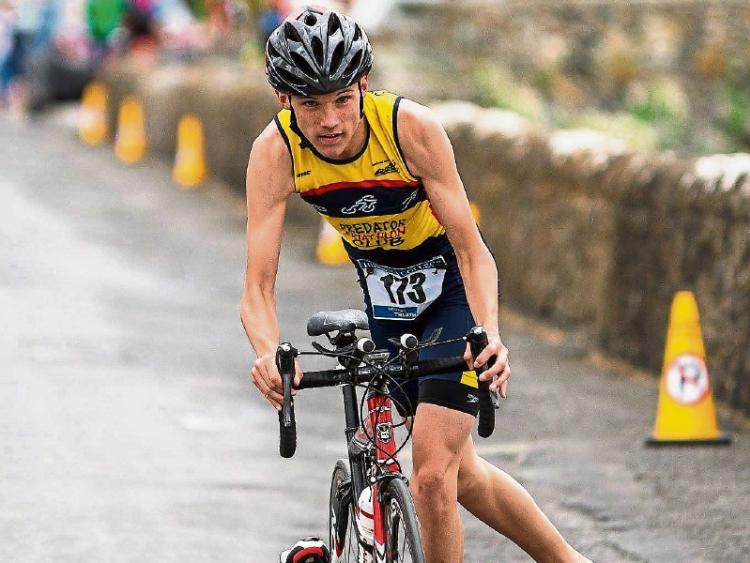 A quick transition is essential for any triathlete.

With more than 60 per cent of entries already snapped up, time and space is running out for athletes to sign up for this year’s Loughrea Triathlon Festival.

Taking place on Sunday August 6, and hosted by east Galway based Predator Triathlon Club, the race hopes to attract almost 800 triathletes to the Galway town for the day long activities.

Loughrea Triathlon Festival is home to this year’s National Junior Championship as well as the Para-triathlon National Championships, while the sprint event forms part of the Vodafone National Series.

This year for the first time a new para relay event will take place, which aims to act as an introduction to triathlon racing for para athletes, which has proven a real hit with five teams already registered to take part. Galway company Merit Medical have kindly come on board as sponsors of the para relay race.

The racing will start in the blue flag waters of Loughrea Lake, where the 750m swim will be held; the challenging 20km cycle leg will then follow on the mostly closed road circuit; and the 5km run will take pace on an out-and-back course, which concludes at Long Point at Loughrea Lake.

“To date we are delighted with the numbers of racers signed up to take part in the racing,” said race director Tomás Mangan.

“Loughrea Triathlon Festival is a real family event. The youth racers start us off in the morning over their shorter race distances, while the elite and casual juniors and adults take over after lunch. I would encourage anyone would is interested in taking part to sign up as soon as possible.”

As well as the elite athletes hundreds of casual triathletes will take part in the event, with several braving the challenge for the first time. To aid the pre-race nerves the club will host an introduction day for new racers in the week before race day, details of which will be announced next week.

With entry numbers climbing fast perspective competitors should get their names down sooner rather than later to avoid the disappointment of missing out on one of Ireland’s most enjoyable races.

To take part in the Loughrea Triathlon Festival, racers need to be the holder of a Triathlon Ireland racing licence – a day licence can be obtained at www.triathlonireland.ie – are required to wear a wetsuit for the swim leg, and the cyclist must have a roadworthy bike and wear a helmet.