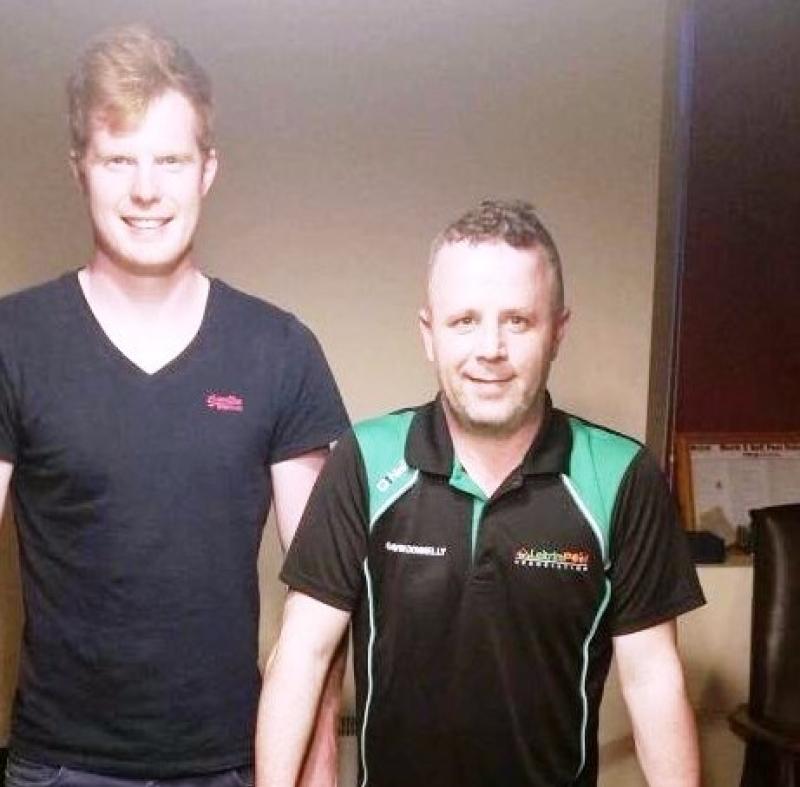 On July 9, Leitrim Pool Association held a men’s and over 50s pool tournaments in the Drumshanbo pool hall.

The tournament was run in a round robin group format with a handicap system to make it a level playing field for all competitors and this was to make some of the matches really intriguing.

The matches were first to six and in group A, Wayne Kilmartin beat John McKenna & Richard Shanley, Joe McGuire beat Richard & John before beating Wayne in another tough battle.

Richard then beat John in another tight affair to leave Joe and Wayne qualifying for the semi-finals ahead of Richard and John.

There were also wins for Niall Sweeney against Paddy and J.J. while J.J. got the better of Paddy.
In the semi-finals, the Gavin Donnelly and Wayne Kilmartin had the makings of a classic but unfortunately it didn’t live up to its billing as Gavin’s clinical finishing saw him run out a 5-1 winner.

It was great to see Joe McGuire & Jeremiah Coulter back in the business end of a tournament, proving class is permanent. In a hard fought affair with both players playing some excellent pool, it was to be Joe who would prevail on a scoreline of 5-3.

The early part of the final was tit for tat but it was to be the man who almost made it onto the Men’s National team for the World Championships, Gavin Donnelly, who prevailed on a scoreline of 6-3.

Hard luck to Joe you played well all day and we hope to see you play in more competition this year. Well Done Gavin super performance on a tough handicap.

This will a very special occasion for Leitrim Pool as we celebrate the 20 year anniversary of the Association being founded.

This year Leitrim Pool have a massive selection of achievements to celebrate including the Leitrim Men’s team winning the All Ireland Inter-county Knockout cup, All Ireland Under 23 Finalists, European and World Championship glory for Jamie Gaffney and the Irish Under 23 team and Lee McSharry’s multiple Ranking event victories and success at the World Championships with the Irish

Junior team
There will also be the presentation of trophies to the winners and finalists of the LPA Pub League Final and Shield Final.

The entertainment on the night will be provided by the brilliant Late Night radio band followed by a DJ. A brilliant night’s fun and entertainment is in store with special guests on the night. Tickets are available from any of the LPA Committee or Contact Dave on 0876490835 to arrange tickets.