TIME TO ACT IS NOW

While we are all individuals we operate in intricate social systems that dictate much of our life and times.

Some weeks back I looked at the sort of individual choices and actions that are necessary to ensure that one reaches one’s fullest potential in terms of sporting excellence. This week I will explore the support systems and the wider culture that must be in place to ensure that everyone’s is empowered to do just that.

All eyes are on the Dublin juggernaut these days and many people are wondering how they have managed to become so dominant in such a relatively short space of time.

I won’t go into their dominance in Leinster as it makes for even more depressing reading.

The seeds of this period of domination were not planted this decade, they found fertile ground in the comprehensive coaching and games development structures investment in clubs and across county structures during the latter half of the Noughties.

Once bedded in, growth was further nurtured by what was regarded as a wildly ambitious three-year strategic plan launched in 2011 called ‘Unleashing the Blue Wave’. 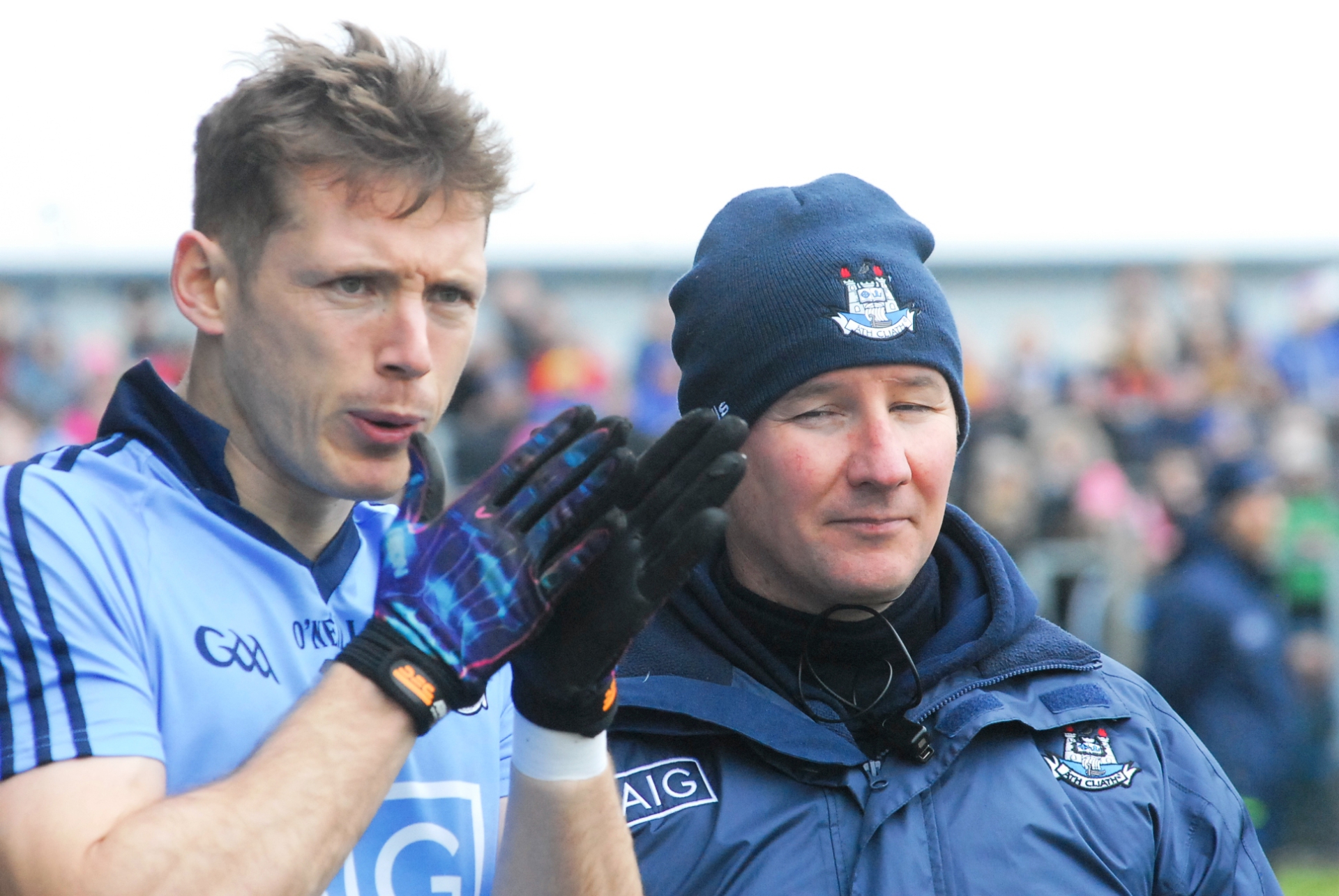 Dublin manager Jim Gavin pictured with Mick Fitzsimons on the Dubs visit to Pairc Sean Mac Diarmada to take on Roscommon in 2016. Photo by Willie Donnellan

The document charged those involved at county level to deliver a senior football All-Ireland title every three years and a hurling title every five. When county secretary John Costello was taken to task on these targets (with Pat Gilroy – who had just managed the Dubs to their first All-Ireland title in 16 years – amongst its sceptics calling the aspirations unpractical) the Whitehall Colmcille’s club man, and father of multiple All-Ireland winner Cormac, put the targets in context: it would put Dublin into the same historical consistency rate as Kerry in football and a slightly more modest one than that enjoyed by Kilkenny, Cork and Tipperary in hurling.

This year they could win their third football title in three years and fifth in seven years. While the hurling fraternity hasn’t yet landed the sort of silverware they crave the momentum is building; a first senior Leinster title in 52 years in 2013, a first national league title in 20011 since 1939, and significant strike rates in both minor and U21 Leinster championships, winning both last year.

The hurling revolution is plainly visible for all to see on the streets of the city – it is now more commonplace to see a hurl over the shoulder of youngster than a premiership jersey on their back.

The year that ‘Unleashing the Blue Wave’ was launched Dublin was already riding the crest of the wave of their first All-Ireland success in 16 years. But they weren’t about to rest on their laurels. The document reads: ‘Dublin’s relative lack of success at All-Ireland level hitherto is proof enough that a crude numbers game is not enough.

Talent must be nurtured, experiences must be positive, opportunity must be widespread, and resources must be allocated.’

We’re at opposite ends of the spectrum in terms of ‘crude numbers’: Dublin city and county boasts a population of 1,273,06 according to the 2016 census preliminary figures, while Leitrim’s modest 31,972 wouldn’t even fill the lower tier of the Hogan Stand in Croke Park. However, while Dublin warned against any complacency in assuming large numbers would translate into success, Leitrim must be equally vigilant to ensure that small numbers doesn’t become a crutch for a lack of ambition.

We need to maximise everything we’ve got at our disposal too.

We need to ensure that every child is enthralled and fascinated by their experiences in their local club and emboldened to lifelong engagement; that every parent sees that the club is a life-affirming experience for their child and is motivated to take on a voluntary role in contributing to the life of the club rather than using it as a child minding service; and that every coach and administrator is supported and suitably upskilled to ensure that while voluntary in nature they are professional in how they go about their business and that they can rest assured if they are being charged with taking on a role of leadership in their club and community they are guided and empowered in doing so to the highest standards possible.

In my column on individual responsibility, I noted that the amount of time and effort being put into Leitrim football at club and county level by volunteers cannot be faulted. But I questioned whether this time was being maximised to its fullest because while we’re working hard I don’t always feel that we’re working smart.

And from several conversations I’ve had over the past few weeks with key people in clubs from all over the county and key personnel at county level I believe we have reached a crossroads.

There is a realisation that we can’t continue to do what we have always done because the gap between us other counties is widening. We are operating in a time of unparalleled advancement of sports science and coach and player education. Other counties are maximising this to reap dividends. We need to do similar.

It’s no longer enough for well-intentioned individual(s) with no coaching education or support to be expected to take on a squad and to plough away as best they can without their efforts both reflecting and feeding into a greater plan at club and county level: and system that is built upon a consistent and comprehensive coach and player-centred education model and pathway. Regardless of whether you’re working with an U8 Saturday morning club nursery or an U17 county development squad. 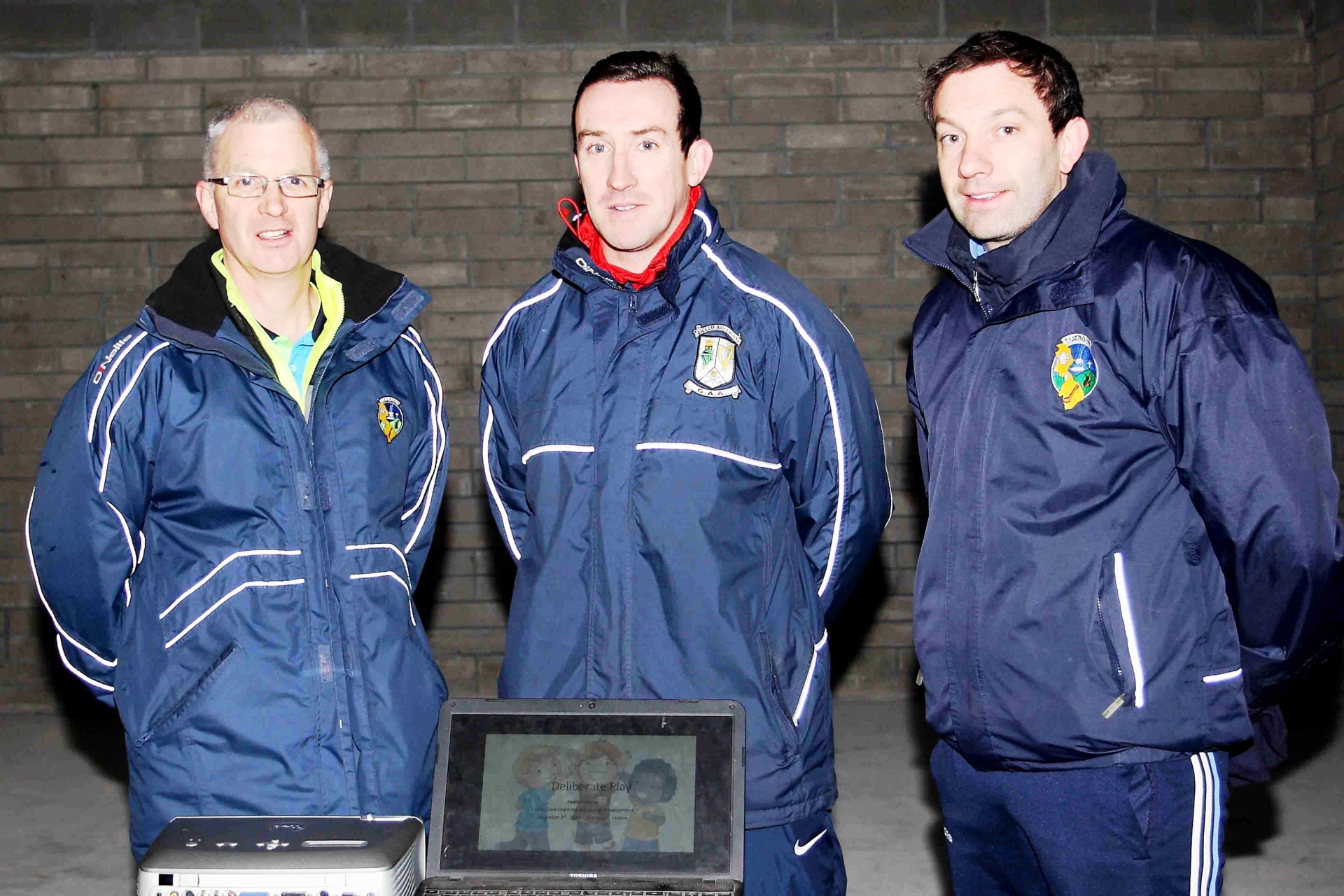 James Glancy’s arrival as a Games Promotion Officer in the county has provided a glimpse of what a new energy and impetus can bring to our clubs as nurseries begin to mushroom across the county and attendances at coaching workshops reflect the level of interest that exists within the county. Such are the building blocks upon which future growth is based. James previously worked with two big clubs in Dublin, Ballymum Kickhams and The Round Towers (Packi McGarty’s former club in Clondalkin).

While these two clubs boast bigger populations bases than Leitrim, the principles of player and coach education and development remain the same. Leitrim’s Coaching and Games Development team under Games Manager Thomas Keenan and Coaching Officer Hughie Clinton are currently devising an ambitious new skills-coaching and player development plan to build on this momentum to ensure that every current and future coach in Leitrim – be they at club, schools, or county level – understand that they part of a movement that is designed to bring our footballers to a new level, the highest one they can achieve.

This plan, should it come to fruition, will need the buy-in from every club in the county. It will require the creation of army of coaches in Leitrim that strive towards excellence and demand ever increasing levels of support from their club and county to achieve this.

This army will need constant refreshment by new recruits: coaches who will deliver an environment of progression and development within whatever squad they are coaching and are willing to receive the training necessary to do so.

It will require those who rise to the top of the pile in their clubs to then make themselves available at county level academy squads to bring things to the next level for our elite players. It will require close collaboration between our clubs and our schools to ensure that those formative playing years are maximised in that environment.

And all this must be coordinated and monitored by our county structures to ensure that appropriate training is delivered, pathways are created, and goals are achieved.

This will require much effort but the rewards can be great. It will require us to look a little differently at how we do things. Especially how we currently view or consider success at child and youth level.

Success at that stage of our young players’ development can’t be measured by how much we hammer an opposition with half the panel firmly stuck to the bench because they’re not deemed good enough. It must be measured by the growth demonstrated by every single player on the panel thanks to the exceptional coaching they have received regardless of their ability – perceived or otherwise.

And if that brings success and victory with it, well and good. That is a welcome bonus that will in turn drive greater interest, success, and participation. And that helps to build a GAA community that nurtures our young, one that grows with them as they flourish.

It doesn’t mean we’ll ever stop wanting to beat our neighbours at club and county level. On the contrary. Competition is inherent in most of us that are drawn towards sport, regardless of age or ability. Sport depends on it. Our players in turn will become used to excellence and will demand it at all levels, particularly those selected to advance to elite levels. And that in turn will foster the sort of individual excellence that I called for in my column two weeks ago. This brings to life a virtuous, self-perpetuating, cycle. That is the ultimate goal and it is a culture upon which Dublin’s success is currently built.

And on this journey Leitrim’s diminutive nature can work in our benefit rather than holding us back. Because we are already a community, we are one big club, (not even that big by some of Dublin’s club standards). If we work together on this, we can see real progress in a relatively short space of time. And it can become a wonderful journey even if we are unfamiliar.

The future of Leitrim football depends on taking a new approach to something we all love. And the time for action has arrived. 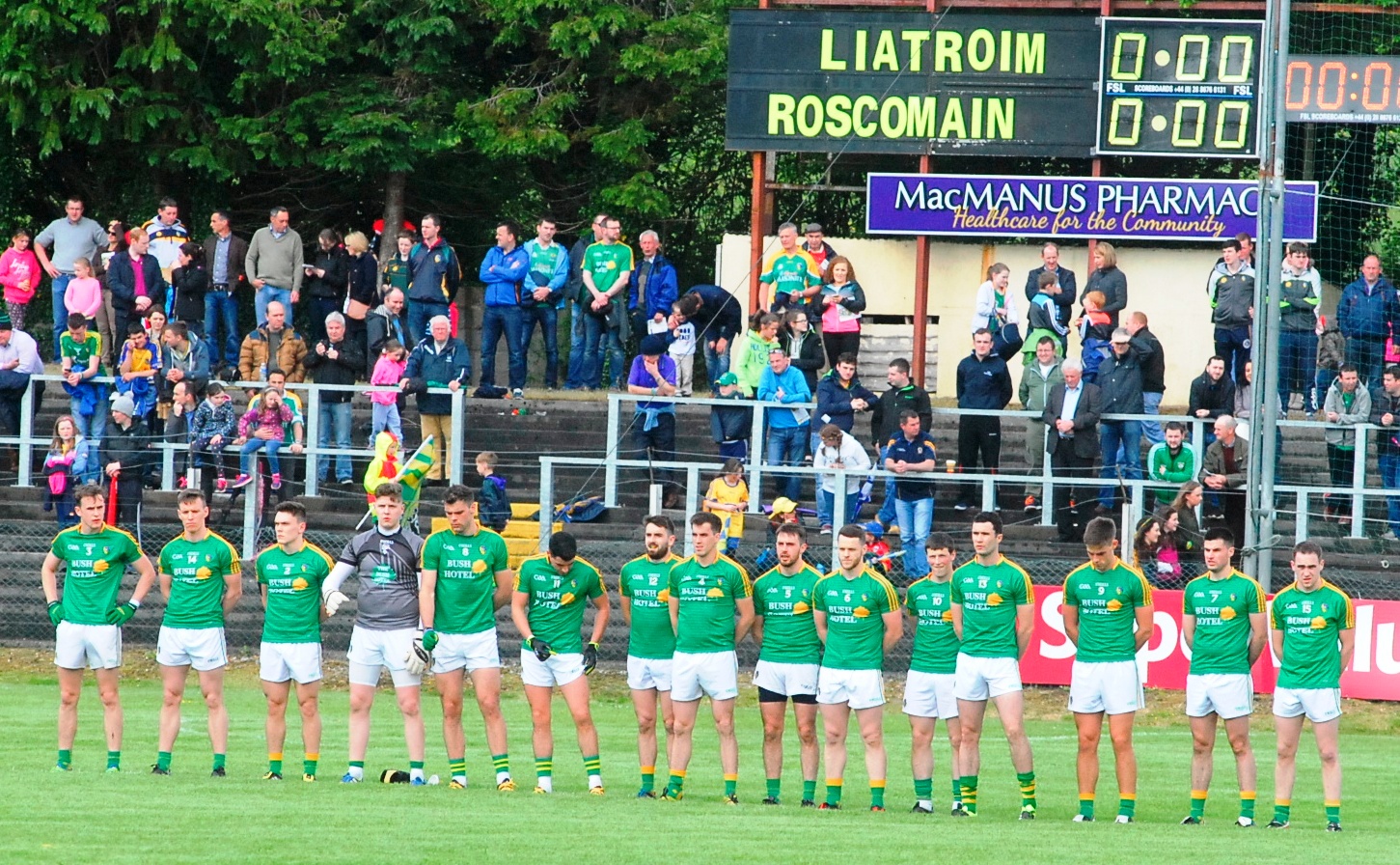 Standing together - Leitrim GAA will need everyone standing and working together to improve the fortunes of the County Senior team. Photo by Willie Donnellan