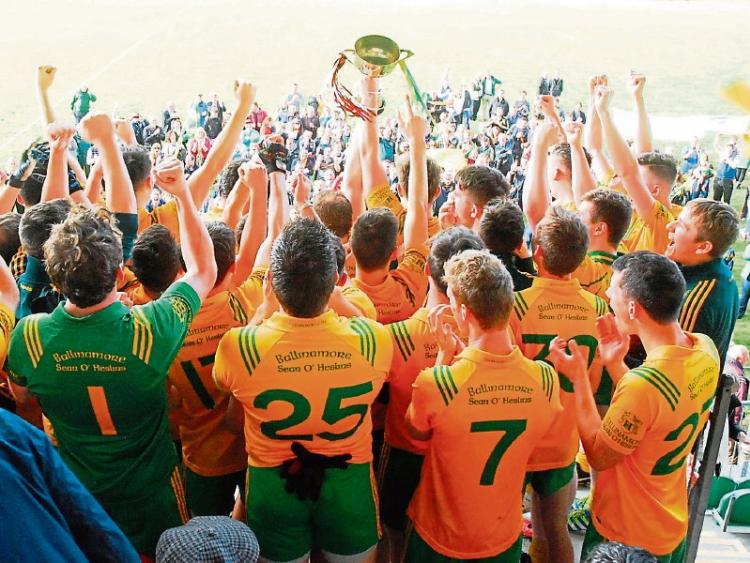 AUGHAWILLAN V MOHILL: Friday night’s monster clash is just the game to get the championship up and running. The last two champions meeting as Mohill look to avenge their quarter-final exit last year. This game doesn’t carry quite the same weight with the new structures but it will be an important marker. Mohill have been hugely impressive all year, Aughawillan up and down with their form. Hard to call but Mohill get a tentative nod.

BALLINAMORE SEAN O'HESLIN'S V ALLEN GAELS: The Ballinamore men look to have lost a bit of form in the latter stages of the League and while Allen Gaels may surprise quite a few people, you still get the feeling that O’Heslin’s firepower should carry them through here in comfortable fashion.

MELVIN GAELS V GORTLETTERAGH: This game could define both teams seasons. The Kinlough men like to keep it tight and tense, Gortletteragh are at their best when rampaging and charging. A real clash of styles here but you get the feeling that the Gaels defensive solidity should see them through.

BORNACOOLA V ANNADUFF: A huge derby between two Division 2 teams struggling to find their form. Both are operating out of Division 2 which may leave them struggling against the Division One teams so a win here is vitally important. Annaduff’s League form would suggest they have the edge here.

GLENCAR/MANORHAMILTON V ST. PATRICK'S DROMAHAIR: Hard to see anything other than a comprehensive Manor win here, even with the added value of a local derby as Dromahair seem to be struggling badly.

DRUMREILLY V ST. MARY'S KILTOGHERT: You’d have got small odds on St. Mary’s being in the relegation mix at the start of the year but eight unbeaten matches means they are hot favourites to emerge here. Conor Gaffney and his team-mates will cause problems but the Carrick men look too strong here.

AUGHNASHEELIN V ESLIN: A full strength Eslin would be a match for anyone but up against a Division One Aughnasheelin, this looks like it should be comfortable enough for an Aughnasheelin team who are among the favourites for the title.

BALLINAGLERA V AUGHAVAS: Aughavas’ League form is somewhat misleading as they have been quite close in a few games but you still get the feeling that the focus and physical power Ballinaglera will bring should be enough for the win.

FENAGH ST. CAILLIN'S V DRUMKEERIN: This could be a potential Final so both teams will be eager to put down a marker. Both stayed up in Division One but Drumkeerin look to be in slightly better form, last year’s finalists to prevail after a titanic struggle.

LEITRIM GAELS V MOHILL: Leitrim Gaels have to be considered one of the favourites for the Intermediate crown and they should have far too much strength here for Mohill’s second string.

CARRIGALLEN V CLOONE: Another one that is tough to call and may come down to a slice of luck. Carrigallen are battling relegation while Cloone have mixed some form but on their day, they look to have the edge on Carrigallen in this game.

KILTUBRID V GLENFARNE/KILTYCLOGHER: Kiltubrid are a dark horse in the Intermediate ranks following their relegation but Glenfarne/Kilty have struggled in Division 3. There looks to be a big gap so a comfortable win for Kiltubrid.