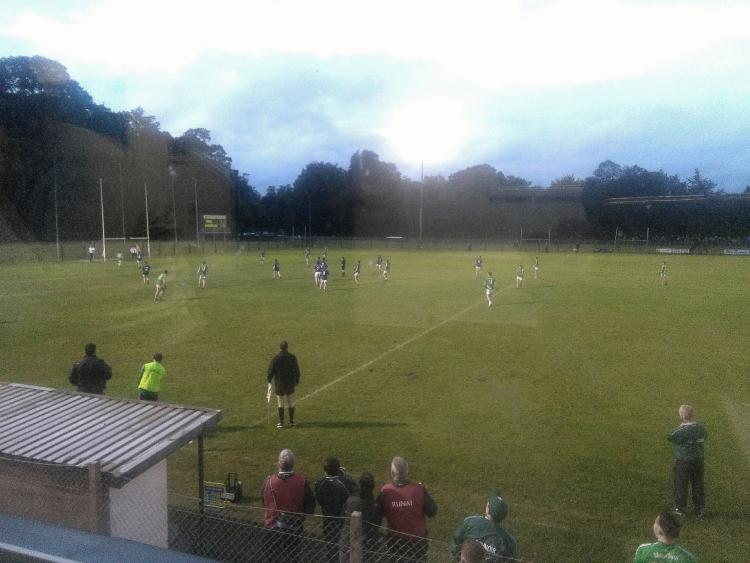 Mohill laid down a signal of intent this evening in Cloone as they began their Connacht Gold Leitrim Senior Football Championship campaign with a comprehensive win over defending champions Aughawillan.

A large crowd was present in Cloone for the opening fixture of this year's Championship that saw last year's champions, Aughawillan, take on the 2015 winners, Mohill.

The opening quarter of the game proved to be very competitive with a wonderful score from Morgan Quinn giving Aughawillan an early lead.

However, Mohill didn't take long to find their groove and by the 20 minute mark had opened up a 0-6 to 0-3 advantage.

It was to get significantly worse from an Aughawillan point of view before the interval as midfielder Sean Fox was shown a red card with six minutes of the half remaining. Mohill were to dominate the remainder of the half and enjoyed a commanding 0-10 to 0-4 advantage at the interval.

Aughawillan looked determined to give a better account of themselves as the second half got underway.

Sean Flanagan's goal 13 minutes after the restart reduced the deficit to just three points and it appeared as though a dramatic final quarter was in store but Mohill regrouped immediately and within a minute Keith Beirne had goaled at the other end with the perfect reply.

Mohill were to dominate the remainder of the contest and ran out comfortable winners with Ronan Kennedy to the fore from an attacking point of view.

Mohill's quest to retain the Fenagh Cup is very much up and running but it would be a brave person to rule Aughawillan out at this early stage of the competition.

See next Wednesday's Leitrim Observer for a full report and pictures from this evening's game as well as reports from the rest of the weekend's games.