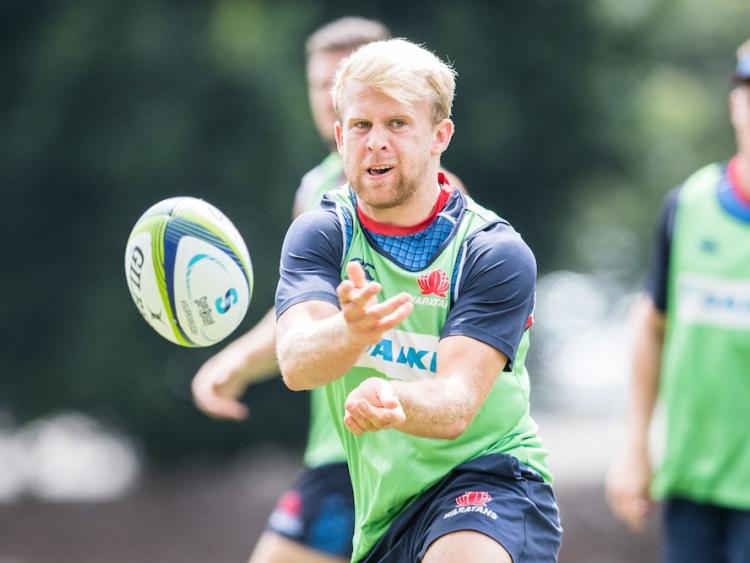 Connacht Rugby and the IRFU are pleased to announce the signing of Andrew Deegan from Super Rugby side New South Wales Waratahs. The 22-year-old out-half, who has been capped by the Australia U20s and Australia Schoolboys, has represented the Waratahs, the NSW Country Eagles and Randwick.

Born in the Sydney suburb of Randwick, Deegan attended famed rugby nursery St Joseph's College in Hunter's Hill. After impressing for the school’s senior XV, he was selected for the Australian Schoolboys side in 2013 before helping the New South Wales U20s to back-to-back Championships in 2013 and 2014.

Deegan graduated to the senior ranks with Randwick in 2014 before progressing to the Australia U20s in 2015. Last year saw the young playmaker score 194 points for Randwick, including five tries in 18 games, and he also helped the NSW Country Eagles to the 2016 NRC finals and was the top points scorer in the Shute Shield.

Commenting on the new signing, Assistant Coach Nigel Carolan said, “Andrew is a very highly-rated young player who has already gained a lot of experience in Australia. He has huge potential and we are delighted to welcome him to the province.”

Speaking on his move to the Sportsground, Deegan said, “I am really excited to get the opportunity to join Connacht and have only heard great things about the club, the community, and how supportive the fans are. I am delighted to become a part of that and I hope I can add to the success Connacht have enjoyed in recent times.”