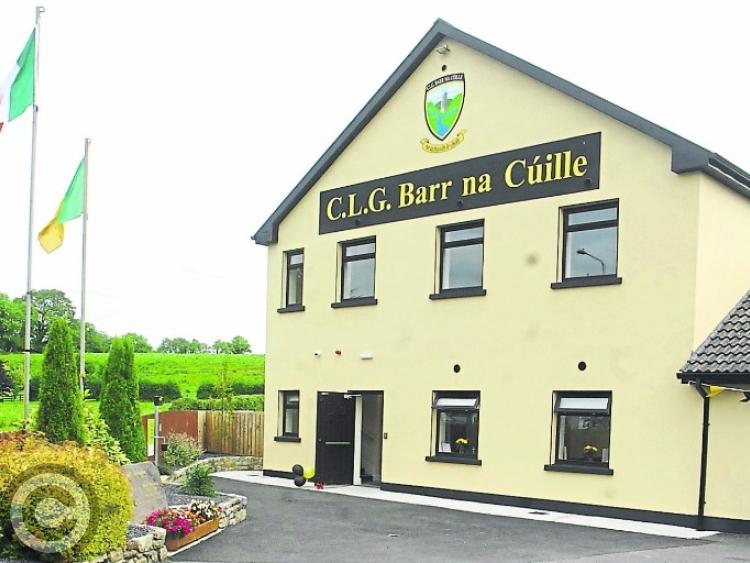 The recent opening of the state-of-the-art €130,000 two-storey Bornacoola GAA club clubhouse in Dromod is an important step towards developing gaelic football and hurling in the county, according to Dermot Griffin, CEO of the National Lottery.

Congratulating the club on their new facilities, a development which cost approximately €130,000 part funded by the National Lottery, Dermot Griffin said “The role of improved amenities like this new clubhouse cannot be understated. This will generate a better sense of community in local GAA clubs which can have knock-on effects, such as developing the players’ love of the game.

“You never know – this could be a catalyst for a Leitrim side appearing in their first ever All-Ireland final in the next few years! There’ll be no better knock-on effect than that!”

The clubhouse development consists of a ground floor welcome lobby, a meeting and function room, a kitchen and servery as well as new toilet facilities. On the first floor, the club have installed a sizeable gym for players and club members, along with shower facilities.

“The National Lottery is proud to support this development which will go a long way to promote football and hurling, which will benefit the community for generations to come. I wish everyone involved in the club every success.”

Further grants that contributed to the development were provided by the ConnaCht GAA Council.

In the last year alone, various Leitrim sports clubs have received more than €​560,000 in grants from the National Lottery Good Causes fund, through the Department of Transport, Tourism and Sport.

Since it was set up 30 years ago the National Lottery has raised €5 Billion for Good Causes all over Ireland in the areas of health, sport, education, the environment, arts and heritage. Generating funds for deserving causes in society, many of which are GAA and other sports clubs all over the country, has been the guiding principle for all National Lottery’s activities over its lifetime and will continue to be so in the future.

“Approximately 30c of every €1 generated by National Lottery sales going towards projects in the areas of sport and recreation, health and welfare, national heritage, the arts, and the Irish language. That amounts to over half a million Euro every day. These funds play an invaluable role in maintaining and supporting the sport in Ireland – an intricate part of our culture”, said Griffin.