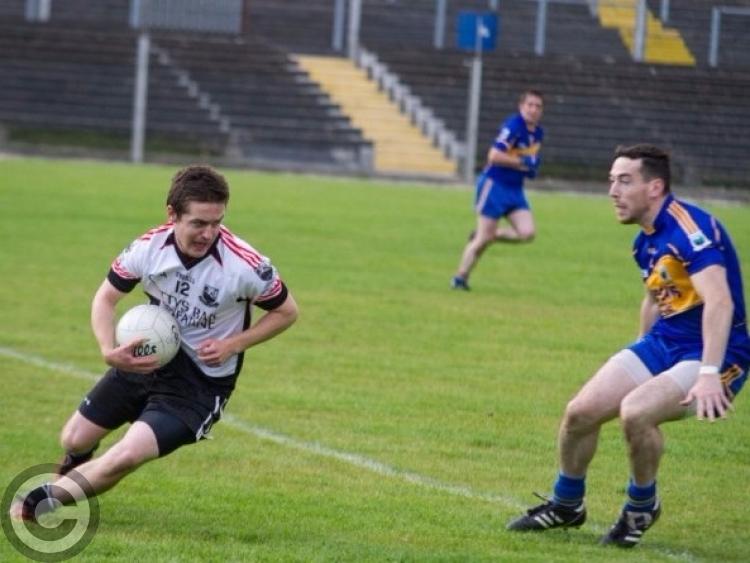 For Cloone, it was business as usual and unfortunately for Glenfarne/Kiltyclogher, it was the same as they suffered a third heavy  defeat.

With just the bare 15 players, Glenfarne/Kiltyclogher are suffering desperately and it doesn’t look like getting any better after Barry McDermott received a straight red card for an off-the-ball incident.

For Cloone, this was job done with the minimum of fuss and while there are far greater tests to come in the weeks ahead, they look well set to make a good push for this year’s Intermediate title.

Young players Eoin Keegan and Niall Quinn particularly caught the eye in that regard, Quinn hitting six points from play while Keegan scored three good efforts from the middle of the park.

Cloone started as they meant to continue and three points in the first six minutes from Chris Carberry, Niall Quinn and Ronan Mulvey had them in control before Diarmuid Clancy finished off a good move with a fine point.

Cloone hit straight back with a goal as a four man move cut the Glenfarne defence completely open and Gavin Reynolds sprinted through to place a delicate shot in the far corner of the net.

Ronan Mulvey, Quinn and Darren Carberry added points before Glenfarne’s Daire Clancy scored a nice point. The north Leitrim men had two chances of a goal but shot wide on both occasions through Diarmuid Clancy and Jonathan Keaney.

Cloone finished the half with points from Eoin Keegan and Darren Carberry to leave them 1-9 to 0-3 in front at halftime and they quickly added points from Chris Carberry, Gavin Reynolds (free) and Eoin Keegan.

Glenfarne’s faint, faint hopes of keeping the respectable were ended when Barry McDermott received a straight red for an off the ball clash with Gavin Reynolds.

Glenfarne completed their scoring with points from Daire and Diarmuid Clancy but the last word fell to Cloone as they added points from Niall Quinn (2) and Gavin Reynolds to seal an easy win.