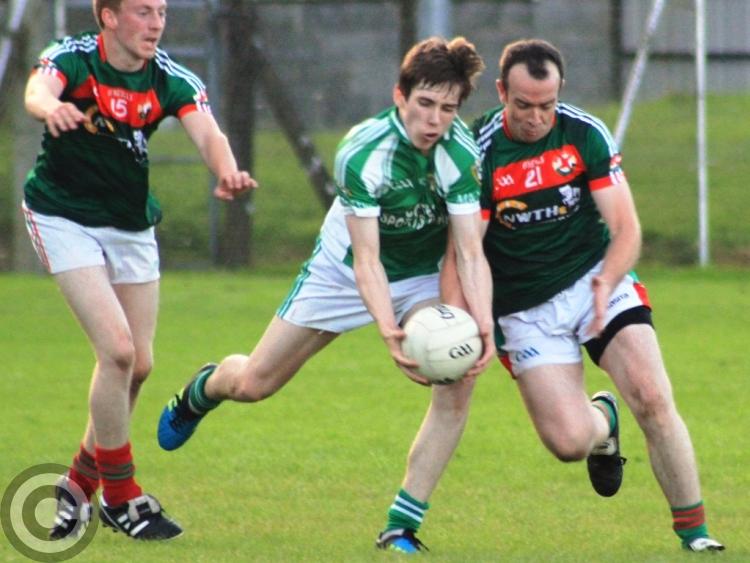 Having put up good shows against both Leitrim Gaels and Carrigallen, Mohill shocked a Kiltubrid team that looked in control as they led by five points at halftime and were generally the better team on display.

But in the second half, Mohill transformed the game as they held Kiltubrid to just one point in the opening 22 minutes as they scored an incredible 1-8 to take control of the game and waste two or three more goal chances.

Kiltubrid, shocked beyond belief, fought back and four unanswered points, including two in an unfeasibly long five minutes of added time, reduced the gap to the minimum and almost rescued a draw.

But as close as Kiltubrid got to gaining a point, there was no doubt that Mohill were deserving winners and in the Harkins, the Mohill men had a huge advantage as Sean and Evan covered the ground of four players and Ethan was a constant thorn upfront.

Not that it was just the young guns - Gavin Kelly, Jonathan Beirne and Barry Lupton played huge roles while David Mitchell, Jack McGarry and Tadhg Mulligan were excellent.

Kiltubrid must be wondering what hit them as James Gill rolled back the years with an outstanding display in the first half, his nine points a real lifeline while Shane Foley, Keelan McKeon, Brian McKiernan, Conor Prior and Stephen McLoughlin fought a good battle.

Kiltubrid got off to a great start with points from Conor Prior and James Gill (2) inside the first two minutes. Gavin Kelly and Ryan Murphy responded either side of a  Gill free but Kiltubrid hit back with good points from Stephen McLoughlin, Keelan McKeon and Gill again.

Those scores all came within the first 12 minutes and the high scoring rate continued as Ethan Harkin scored two points in response to two from Aidan Bohan and James Gill. Christopher McKeon and Ronan Gordon swapped points but a Gavin Kelly free cut the gap to four points.

The half ended with points for Keelan McKeon and James Gill with a Ronan Gordon point in response to leave the halftime score at 0-12 to 0-7 in favour of Kiltubrid.

Gavin Kelly pointed twice inside the first four minutes with James Gill breaking through to point on four minutes. But from then on, Mohill took over with Barry Lupton, Ethan Harkin, David Mitchell, Ronan Gordon (2) and John McGuinness all pointing, two of which could have been goals.

Gill redeemed himself with a great save to deny Ethan Harkin a certain goal on 23 minutes and Kiltubrid took advantage with James Gill putting over a free.

Mohill looked comfortable when Ethan Harkin responded with a point but Kiltubrid mounted a furious comeback with James Gill and Aidan McKiernan pointing before Stephen McLoughlin added two points in added time, the final whistle sounding before Kiltubrid could rescue a draw.