Fenagh cruise into quarter-finals after comfortable win over Eslin 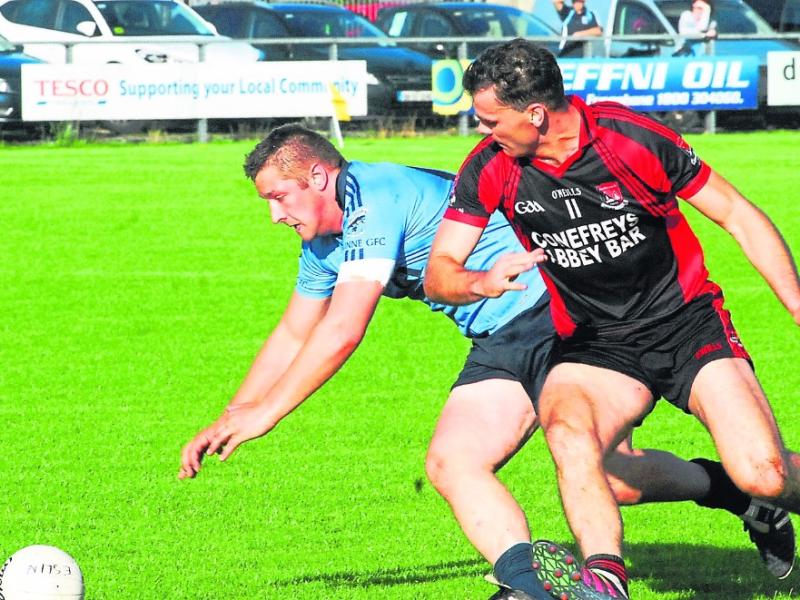 With the minimum of fuss Fenagh brushed aside the challenge of Eslin on Saturday last in Ballinamore as they secured their place in the quarter-final of the Fox Monumental's Intermediate Championship.

The attacking threat posed by Conor and Thomas Beirne that had seen Eslin get the better of Ballinaglera a week earlier was dealt with comfortably by Fenagh with county captain Donal Wrynn having a relatively straightforward afternoon at full-back.

It was in fact Wrynn who opened the scoring, converting a third minute 45 and that was quickly followed by points from Ryan O'Rourke and Michael Doonan.

Eslin replied with a pointed free from Conor Beirne but even with just 10 minutes on the clock it looked as though it would be a straight forward evening for Fenagh.

Michael Doonan and the excellent Ryan O'Rourke extended the Fenagh lead to four points before Conor Beirne replied with another free.

While Eslin's full-forward was having difficulty getting into the game, the Fenagh full-forward, Ryan O'Rourke was causing the Eslin defence serious problems.

Two stunning points from O'Rourke were followed by a fine score from Shane Doonan and with 11 minutes of the half remaining the Eslin defence was carved open with a series of quick passes between Jack Gilheany, Shane Doonan, Ryan O'Rourke and Alan Doonan before the ball was easily dispatched to the net by Michael Doonan.

Eslin's first point from play arrived in the 21st minute with Jamie Stenson doing well to score under pressure.

There was just enough time for both full-forwards to add to their tallies with both Ryan O'Rourke and Barry Bohan scoring excellent points before the half-time whistle sounded.

An injury to Brendan Sammon in the opening minutes of the half meant Ray McBrien was called upon to take control for the remainder of the contest although the uncompetitive nature of the game meant he had a relatively straight forward half an hour.

Michael Doonan and Ryan O'Rourke (free) added to the Fenagh lead before Alan Doonan scored Fenagh's second goal with an unstoppable finish after some excellent fielding in midfield from Jack Gilheany.

Jamie Stenson replied with an Eslin point but Fenagh were now in complete control and added a third goal in the 43rd minute when Alan Doonan goaled for the second time in three minutes, this time with a deft touch with the outside of his right boot.

Eslin were handed a lifeline when they were awarded a penalty with 14 minutes left which was calmly slotted home by Jamie Stenson but Fenagh remained in complete control until the finish.

Alan Doonan replied with a Fenagh point before Eslin's Thomas Beirne scored from long range and that was followed by another Eslin score from the boot of Paul Kilcrann.

The outcome of the contest had been determined much earlier and perhaps Fenagh will feel they could have been more ruthless in the second half but nevertheless they added to their lead with further points from Alan Doonan and Ryan O'Rourke who showed a great turn of pace to leave the defence in his wake before Thomas Beirne pointed a late consolation score for Eslin.