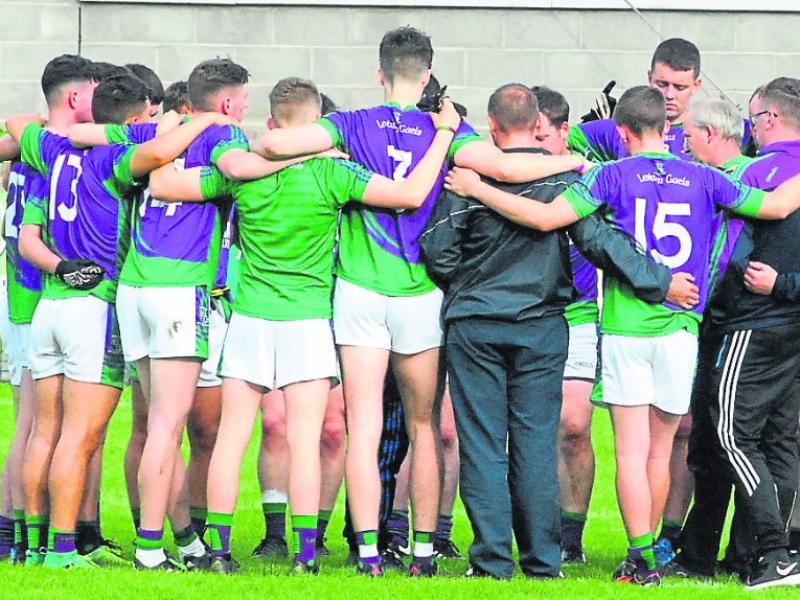 Carrigallen reignited their bid for a place in the quarter-final of the Fox Monumental's Intermediate Championship on Sunday when they prevailed over Leitrim Gaels in Drumshanbo.

Carrigallen were the first to settle with a Colm Kiernan point quickly followed by a fifth minute goal scored by Eoin Ward.

Colm Kiernan and Ciaran Flynn were heavily involved in a move that cut through the Leitrim Gaels defence and Ward was on hand to apply a precise, low finish past Brendan Flynn.

That fifth minute goal sparked the game into life with Leitrim Gaels replying with an excellent point from Aidan Flynn which was quickly cancelled out by another Colm Kiernan point.

Leitrim Gaels were handed a route back into contention in slightly bizarre circumstances. A hopeful ball was delivered goalwards by Conor Guckian but there appeared to be no danger when Enda Lyons left his goal line to gather the ball.

Unfortunately for the goalkeeper and Carrigallen, the ball squirmed free from his grasp and Enda Moreton, with an outstretched arm was able to guide the ball into the unguarded net.

Conor Guckian then drew the sides level after a patient build-up, with Enda Moreton playing the final ball when the opening was created and moments later Eunan Tracey gave Leitrim Gaels the lead for the first time after he was fouled.

Five minutes before the interval Carrigallen equalised when Percival's 45 sailed between the uprights but it was Leitrim Gaels who finished the half the stronger with points from Eunan Tracey (free) and Aidan Flynn giving Leitrim Gaels a 1-5 to 1-3 interval lead.

The second half saw both sides register early wides before Percival struck for the first point of the half when he converted a free but that was soon cancelled out by a Michael McManus point after a wonderful, defence splitting pass from David Reilly.

Eight minutes after the restart Carrigallen produced their best moment of the half up to that point as Ciaran Flynn and Marc Dolan combined with pace and precision before releasing Eoin Ward who applied the finish the move deserved to leave just a point between the sides once more.

Carrigallen went back on the attack immediately with Brian O'Rourke and Darren Reilly combining to release Daniel Lyons who was fouled as he raced through on goal by James Flynn and the resulting penalty was dispatched perfectly by Percival.

Leitrim Gaels' response was impressive with points from Colm Moreton, Conor Guckian and Tracey (free) as the game entered its final quarter.

However, Carrigallen hit back with Gerald Percival levelling matters before he then converted a free to edge Carrigallen back in front but that was quickly cancelled out by a Eunan Tracey free.
A pinpoint, crossfield pass from Marc Dolan released Gary Reilly who scored an excellent point to regain the lead for Carrigallen and that advantage was doubled when Gerard McDermott pointed after good work from Ciaran Flynn and Colm Kiernan.

There was no sign of Leitrim Gaels throwing in the towel and they replied with another Eunan Tracey free to close the gap to a solitary point but that was as close as they would get as Carrigallen emerged with a hard earned victory.