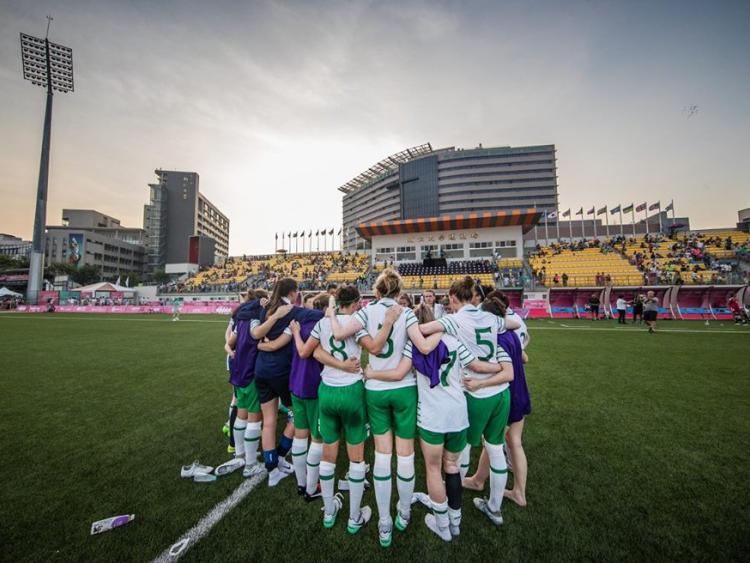 Ireland manager Colin Bell speaks to his side after the after the game against Canada. Photo by INPHO/Tommy Dickson

This morning's game between Canada and Mexico at the World University Games has determined the fate of the Ireland team who will not advance to the last eight of the tournament.

Glenfarne's Ailbhe Clancy and the Ireland University soccer team had an anxious wait to discover whether they would emerge from their group at the World University Games in Taiwan but this morning they have learned that failure to win either of their two group games has meant the adventure has ended earlier than was hoped.

Ireland, with Ailbhe an unused substitute, drew 0-0 in their opening game in Mexico last Friday. The second game, played against Canada on Sunday, also saw Ailbhe Clancy look on from the sidelines as she was an unused substitute once more as Ireland suffered a 1-0 defeat.

Those results meant Ireland were left anxiously waiting for the outcome of the Canada v Mexico match which was played this morning, Tuesday. A Canada win by two clear goals would have been enough to secure a quarter-final place for Ireland but Mexico failed to read the script as they raced into a half-time lead before securing a 2-0 win.

That result meant Ireland's hopes of reaching the quarter-finals had been ended.