Tyrone were wary of threat posed by Aine Tighe 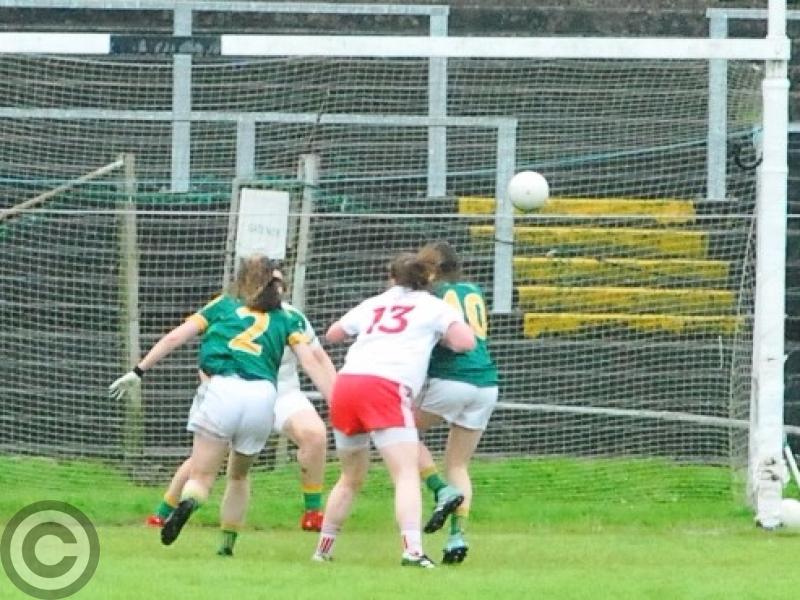 They may have been justifiably unhappy at having to play Leitrim in their own backyard but Tyrone manager Gerry Moane arrived in Pairc Sean Mac Diarmada well aware of the threat posed by Leitrim’s Aine Tighe.

Speaking after the game, Gerry revealed the Tyrone camp were well aware of the threat posed by the Leitrim star - “Impressive second half, we struggled a wee bit in the first half but we knew the threat that Aine Tighe was going to bring. We looked a bit at the last game and we seen what she done, she is an excellent footballer.”

“Defensively we were very good in the second half and we were clinical upfront and that is all you can ask of any team to do, defend well and when you get possession, try to be clinical and that is what we tried to do today.

“Fair play to the girls, they put in a fair shift in difficult conditions after long, long travelling this morning. It was a long layoff, seven weeks after the Down game and it was advantage Leitrim who had a game two weeks ago.

“You can beat playing competitive championship matches and that was always the worry coming up to a big game, getting over the line after a long break.

“After the national league ended we had a long break to the Down game, one game and Leitrim had a number of games in Connacht and then an excellent game of against Longford where they came out on top by two points.

“That stood to Leitrim today and we didn’t have that so they had an advantage that way and it took our girls a wee bit of time to adjust to the pace of the game.”

With so many outstanding performers, Gerry did highlight the impact of keeper Shannon Lynch who made two incredible saves to deny Aine Tighe certain goals - “After probably letting in an easy enough goal, she redeemed herself with two fantastic saves, fair play to her.”

Tyrone have completely revamped their team since the decision to regrade to Intermediate was taken and Gerry believes they are still very much a work in progress - “There are a few new faces in that team as well and it took us a wee bit to settle in and I knew that was going to be the case, it was always going to be the case.

“There is a serious quality in this side and it is just a matter of gelling them together. They are coming together and it is a work in progress, they are some of them very young and it takes a bit of time but there is no better way to do that than to play Championship matches.”