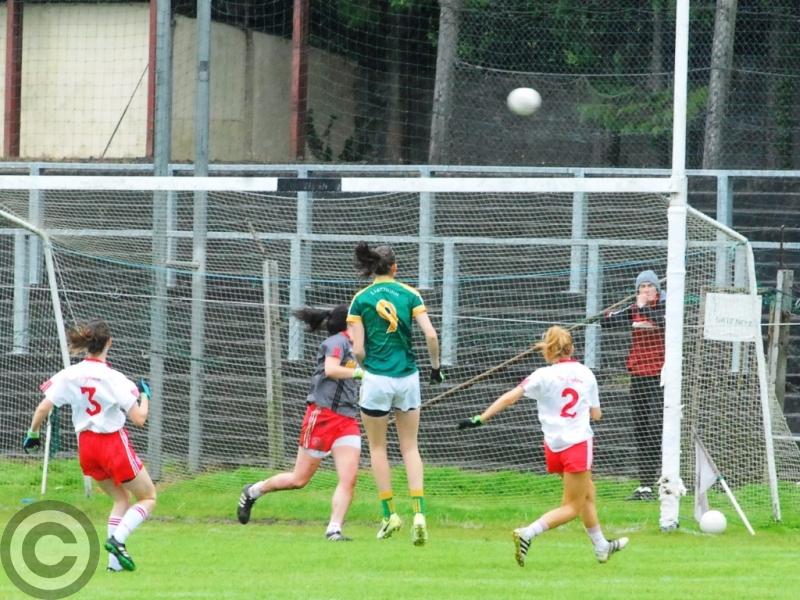 The heartbreaking Leitrim tales of “what if” had another chapter added last Sunday as the County Ladies were left wondering what might have been against an impressive Tyrone.

On the face of it, that is a strange statement given Tyrone's 15 point winning margin but Philip Brady's team will look back on hitting the woodwork not once, not twice but three times while also having two other goal chances blocked.

Up against a team as well drilled and as potent upfront as Tyrone are, Leitrim needed everything to stick and unfortunately it didn't and despite a hard working and impressive first half, the Ulster champions led by four points at the break.

Leitrim started the second half strongly with two points but another wasted goal chance proved costly as Tyrone turned on the style to put the game beyond reach by hitting an unanswered 2-5.

Tyrone incredibly held Leitrim taliswoman Aine Tighe scoreless, a rare and almost unheard of occurrence, but it was a day when nothing seemed to go right for the Kiltubrid woman, frees went astray and two goal chances struck the woodwork and another two were saved by brilliantly by the keeper.

With Tyrone so effectively shutting down Tighe's influence, the weakness apparent in the Leitrim defence throughout the year was gleefully exploited by a potent Tyrone full-forward line and Niamh O'Neill in particular.

O'Neill would score 2-7 from play while her full-forward line colleagues each found the net as Leitrim's defence as a whole was never able to get to grips with the clever long deliveries or the hard running from the middle of the park.

In the end, Leitrim were left clutching at straws and depending on finding goals to have a chance and unfortunately the well of goals ran dry at the wrong time as Tyrone, without a game for seven weeks, slowly found their rhythm and were convincing winners in the end.

It brings to an end a difficult year for the ladies team, a year where Leitrim were just that little bit off when it came to big games but deep down, the absence of key experienced players from past years was sorely felt when the pressure went on in the big games. 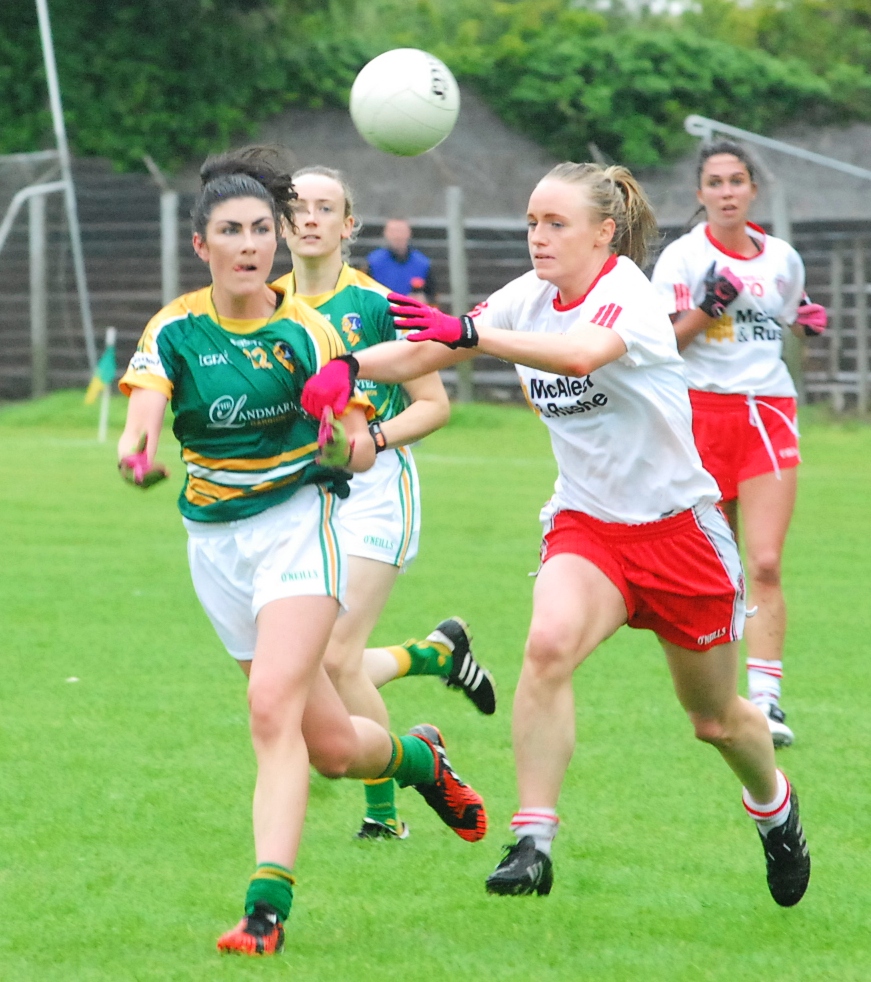 Leitrim were intent on upsetting Tyrone early on and could have had two goals inside 90 seconds, Aine Tighe’s fisted effort hitting the base of the post after a long Anna Conlan delivery. Barely had the dust settled and Tighe broke through but her high shot cannoned off the post and was cleared by Tyrone's defence.

Maria Canavan, niece of Tyrone legend Peter Canavan, opened the scoring from a free but Leitrim hit back with good points from Anna Conlan and Eilish O’Dowd but the good work was undone when Niamh O’Neill gathered the ball 30 yards out, rounded her marker and soloed in to fire the ball low to the  net in six minutes.

Leitrim’s response was impressive as Michelle Heslin pointed after a well worked move and then came a goal with a bit of fortune as Deirdre Ward’s long range shot dropped well short and looked easy for the keeper to deal with but Shannon Lynch misjudged it completely, getting a poor touch as the ball ended up in the corner.

The Ulster Champions, however, hit back with an unanswered 1-2 over the next five minutes, Grainne Rafferty with the goal as she dummied players and keeper to fire past a helpless Michelle Guckian.

The Green & Gold fought back  with Emma Guckian & Deirdre Ward both finishing off patient, well worked moves with fine points but Tyrone got back on top with points from O’Neill, Gemma Begley and Emma Jane Gervin.

The last point was a killer as Aine Tighe broke through on goal only for keeper Lynch to produce an outstanding save.

Eilish O’Dowd hit a fine point but Tyrone finished the half with points from Canavan and O’Neill while Leitrim were left cursing their luck for a third time when Dearbhla Rooney saw her shot crash off the crossbar, leaving Tyrone 2-8 to 1-6 in front at halftime.

Tyrone took note and after points for O’Neill and Begley, the full-forward had the easy job of blasting to the net unopposed after a four woman move cut open the Leitrim defence with ease.

Rafferty and O’Neill added points before O’Neill showed real power and strength as she cut through two defenders and crashed a powerful shot to the net despite Michelle Guckian getting a hand to the ball.

Michelle Heslin pointed to end Leitrim’s drought but the point came only after the Tyrone keeper made a great save from Aine Tighe.

Michelle Guckian made a fabulous save to deny O’Neill a third goal and the game petered out with Gervin, sub Lycrecia Quinn and O’Neill pointing with a fine Kiera Keegan the only Leitrim score in response.

Main Woman: All the big performances were from Tyrone with Niamh O'Neill, Grainne Rafferty, Emma Jane Gervin, Emma Louise Mulgrew and keeper Shannon Lynch outstanding for a team with a lot of strength in depth. For Leitrim, Eilish O'Dowd, Emma Guckian and Michelle Heslin were best.

Talking Point: The absence of star forward Ailbhe Clancy was a bridge too far for Leitrim as without her, Leitrim's attack relied totally on Aine Tighe and the Tyrone defence did a great job in holding up the Kiltubrid player and restricting her influence.

Turning Point: This may be clutching at straws but Leitrim twice hit the crossbar in the opening 90 seconds while a third goal chance, saved by the keeper, saw Tyrone go straight down the field to point when a Leitrim goal would have tied the scores.

Ref Watch: Down's Gavin Corrigan didn't have a tough day despite the difficult conditions. Refereed consistently and fairly, a good job all round.

Highlight: Leitrim's spirit and industry during the first half was remarkable and were it not for errant finishing, the home team could have caused Tyrone far more problems.

Lowlight: Leitrim's inability to stop Tyrone during the second half as they scored an unanswered 2-5 to put the game to bed.

The Tyrone team who defeated Leitrim