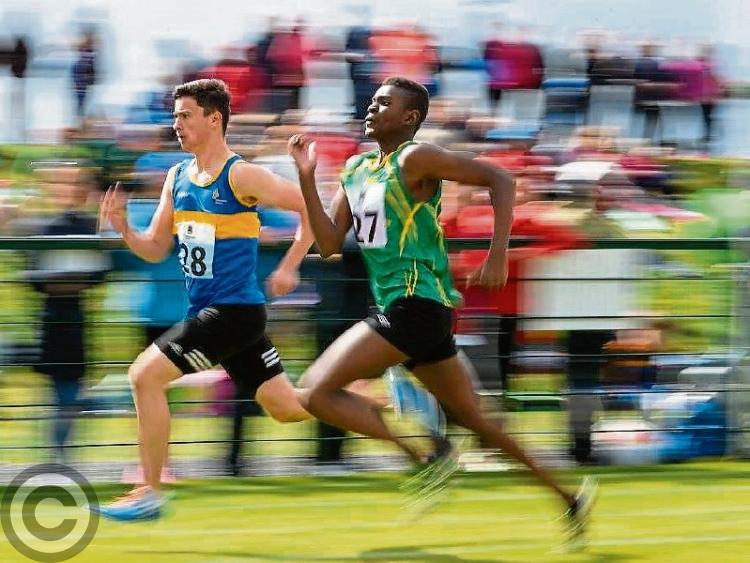 Carrick's Toyosi Fagbo battles it out with eventual winner Kyle Dooley of Tipperary in the U14 100m heats.

It was a golden weekend for Leitrim at the Aldi National Community Games Finals in Dublin with one individual and two team gold medals being taken home from Abbotstown.

In the new home of Community Games at the National Sports Campus, Leitrim’s young stars showed remarkable resilience to take home medals from activities as diverse as athletics, gaelic football and dance.

Dromahair’s Ella McDaid won gold in the U14 Hurdles for Manorhamilton Area while Leitrim’s incredible record in the U10 Gaelic Football was continued when Carrick Area won for the second time and Leitrim’s third in six years.

And Manorhamilton Area also kept their proud recent record going when they won bronze medals in the U12 Girls Gaelic Football.

There were further individual medals for Drumshanbo’s Luca McDaid with bronze in the U10 Model Making while Carrick’s Toyosi Fagbo won bronze in the U14 100m and Manorhamilton’s Diarmuid Giblin took home a fourth place medal in the U14 Hurdles.

Ella McDaid did it from the front to win the U14 Hurdles, having claimed bronze last year. The Dromahair athlete won her heat and semi-final before turning in a dominant display to win the Final.

Her North Leitrim AC clubmate Diarmuid Giblin also claimed a fourth place medal in the Hurdles, a fantastic run in a tough competition.

Carrick's Toyosi Fagbo was up against eventual winner Kyle Dooley of Tipperary in both heat, semi-final and Final and the pair were extremely close throughout as Toyosi claimed the bronze in a very tight race.

There were also near misses for a number of athletes with duo Alannah McGuinness and Sophie McCabe reaching their U16 and u14 100m Finals with the Mohill Area athlete McGuinness very unlucky to miss out.

CARRICK SHOW REAL CLASS TO COME FROM BEHIND 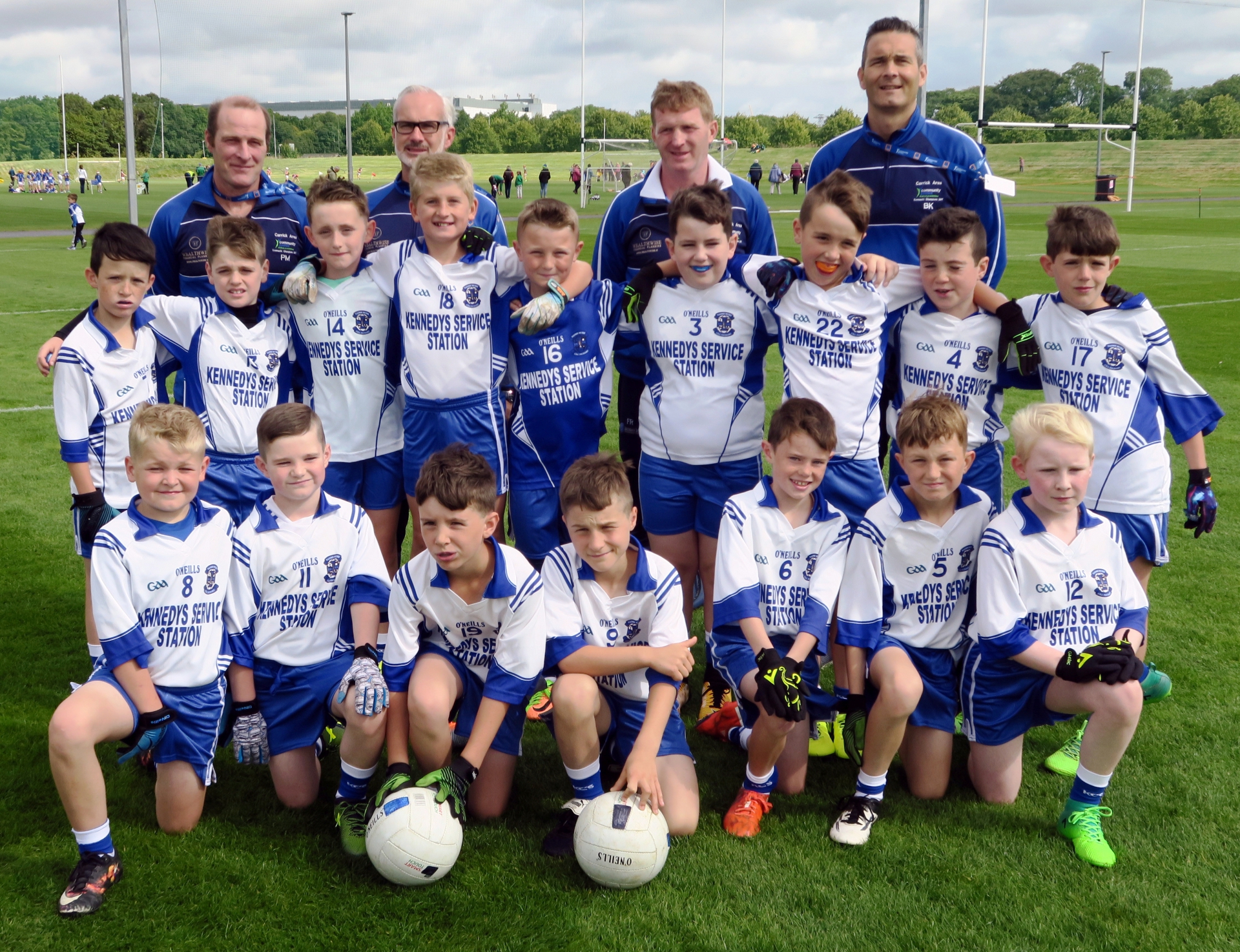 In the semi-final, Carrick faced Clane of Kildare in what turned out to be an epic game with the Leitrim lads winning 8-3 to 7-3. Carrick were six points down early in the second half but staged a remarkable recovery to lead by six. Clane fought back, reducing the gap to a goal but Carrick held on for victory in a fantastic game.

In the final, Carrick faced St. Patrick's of Cavan and trailed by seven points going into the third quarter. Another remarkable comeback saw them go in front before the Cavan side fought back. However, a penalty three minutes into injury time from captain Peter Moran secured a two point win on a 3-7 to 4-2 scoreline.

BRONZE FOR MANOR AREA U12 LADIES 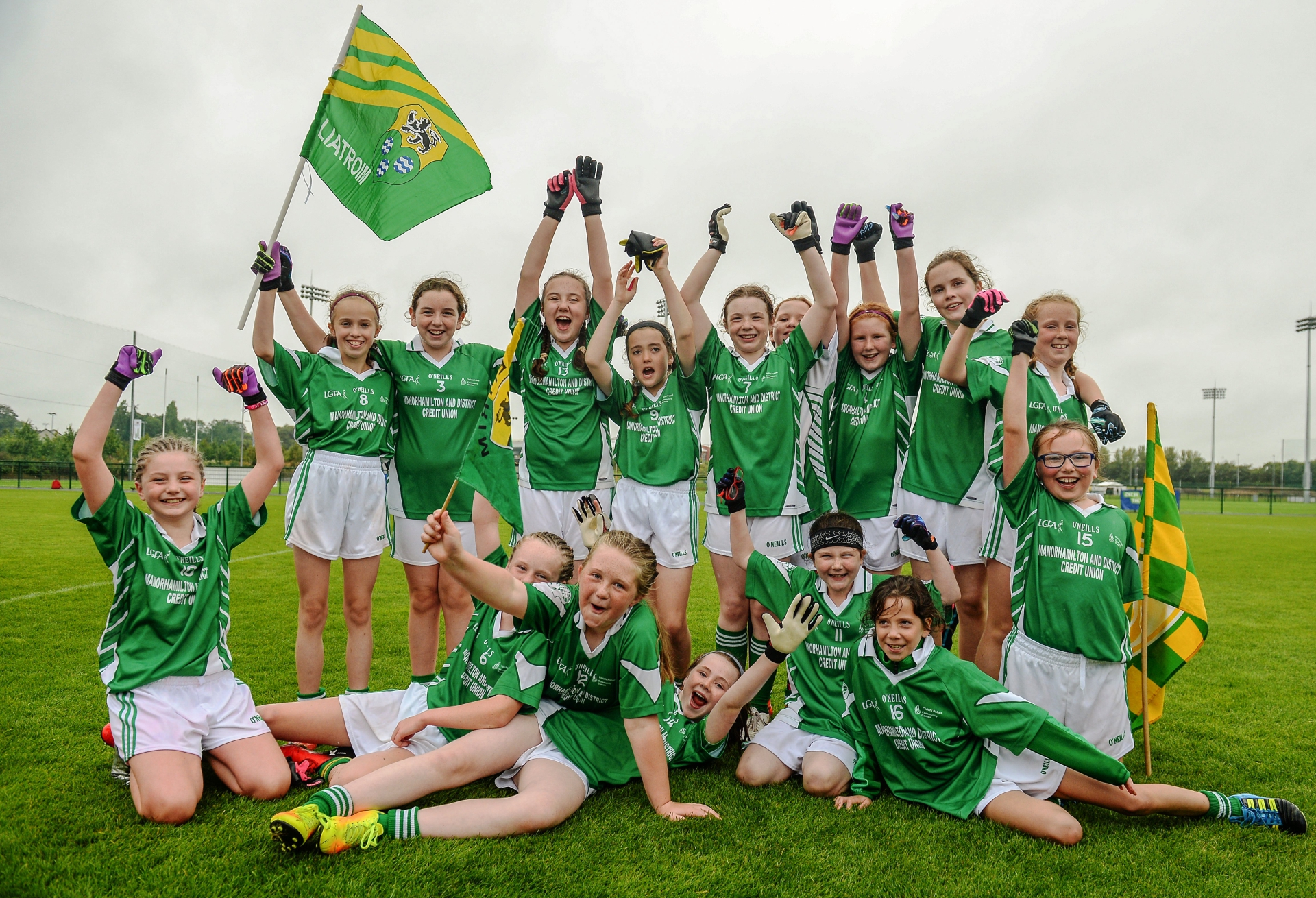 Manorhamilton Area claimed bronze medals after a hard fought victory over St. Patrick’s of Cavan. The team, made up of players from the Glencar/Manorhamilton and Dromahair GAA Clubs, lost out to Westmeath’s Coralstown, Kinnegad in the semi-finals, adding to their success of recent years that saw them win the U14 title in 2016.

That loss left them in a third place playoff with the Ulster champions and it was the goal-scoring ability of the Manor girls that proved crucial, winning by two points, 7-1 to 5-5, in a thrilling game. The goals came from Amelie McGrath, Megan Rooney and Aine McLaughlin and a point from Anna Devaney as Manor claimed the bronze medals.