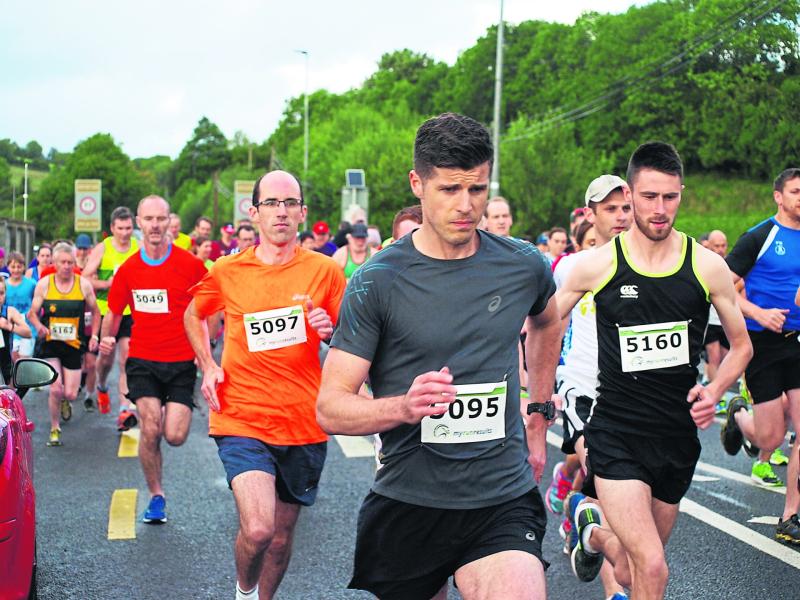 His time of 33.57 was a big improvement on last year but well outside the 32.45 posted by club mate Liam Feely in 2014. Another former winner, Colin Griffin of the host club, took second position in 34.30 with North Leitrim‘s Gareth Gallagher third in 36.54.

The first woman home was Joan Flynn of Mullingar Harriers in 39.31 with Michelle Lannon of Carrick AC second in 39.39 and Andrea Horgan of North Sligo AC third in 42.06.

The winner of the women’s V2 Class was Carrigallen born and US based Eleanor Moore who as Eleanor Kenny represented Ballinamore AC with distinction a few decades ago.

While weather conditions were a little blustery during the race the rain which threatened an hour before the start mercifully held off and athletes took part in reasonably good conditions.

Lough Key parkrun
This week 167 people ran, jogged and walked the course, of whom 22 were first timers and 24 recorded new personal bests. Representatives of 10 different clubs took part.
Lough Key parkrun were delighted to welcome Jamie Killeen from Dublin's St. Anne's parkrun as guest Run Director. The event was made possible by 21 volunteers.

Daniel Lowe of Crusaders AC was first in 18:12, Michael Corrigan second in 19:13 with Graham Allen of Carrick AC third in 19:29. Charlotte Letchford of South London Harriers, was first (14th overall) in 22:21 with Emer Carty of Carrick-on-Shannon AC second in 24:15 with Emer Sweeney third in 25:03.