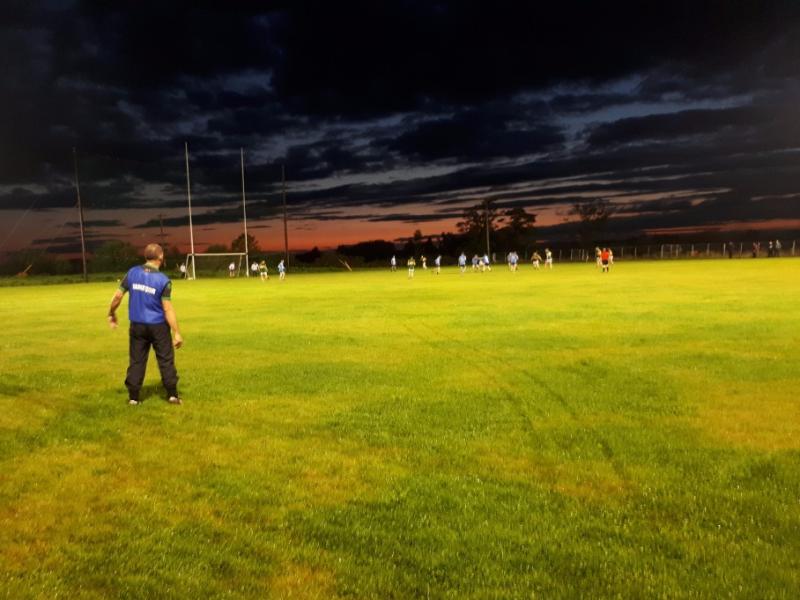 The penultimate round of group games in this year's Connacht Gold Leitrim Senior Football Championship got underway tonight in Annaduff with Gortletteragh recording a comprehensive win over Allen Gaels in a largely uninspiring encounter.

With both sides having lost their opening two fixtures it was clear from the opening throw-in that confidence wasn't particularly high in either camp but Gortletteragh were the quicker to settle to the task at hand and raced into a three point to no score lead with 14 minutes on the clock. Gortletteragh will rightly feel their lead at that point should have been greater but some wayward shooting kept Allen Gaels' interest in the tie alive.

A James Flynn point with 11 minutes of the opening half reduced the deficit to two points but it was Gortletteragh who finished the half the stronger with Evan Ward kicking their first point for 17 minutes in injury time.

Brian Beirne opened the second half scoring with an Allen Gaels point to reduce the deficit to two points but that was to be as good as it would get for the Drumshanbo side.

Eleven minutes into the second half Gortletteragh full-back Gerard Campbell was on the receiving end of a Jack Heslin pass and his scuffed shot squirmed past Allen Gaels goalkeeper Neil Nolan.

Three unanswered points from Jack Heslin extended the Gortletteragh lead to eight points before wing-back James Campbell scored Gortletteragh's second goal of the game to all but ensure victory.