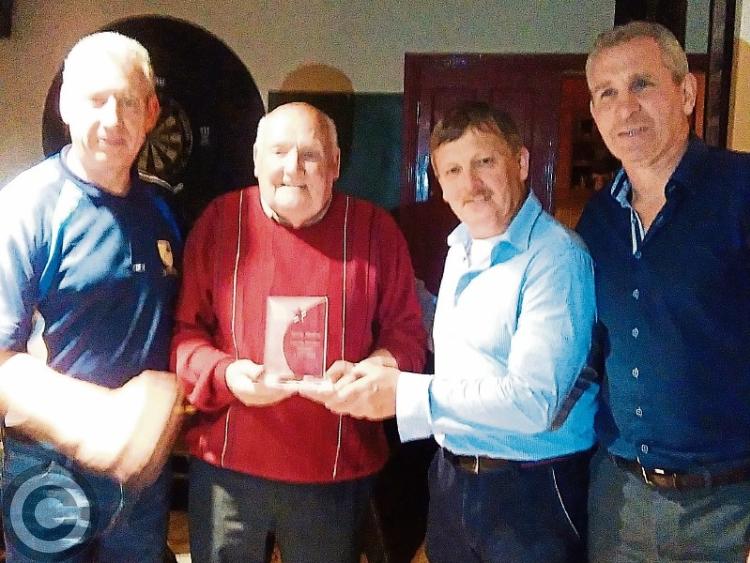 Longford Leitrim Master footballers secured a brilliant result in Edgeworthstown on Thursday night where a first win of the 2017 Championship arrived against Kildare after a brilliant game of football went right down to the wire.

With daylight in short supply and only minutes left on the clock, the teams were deadlocked and both sides were going full on for the win.

The Leitrim Longford lads found a touch of class with a sweeping move out of defence to net a goal and followed up with a trio of unanswered points to seal a most vital win against a very strong Kildare outfit who must still be wondering what happened.

Even with a few regulars missing, a mighty squad of 33 players assembled before throw in. James Breslin and his two selectors Pat Flanagan and Seamus Sorohan, had a thankless task on the night between picking a team and rotating the players in and out with the roll on roll off substitutions.

Everything good came to pass and the panel is raring to against Antrim who are next up. This will be a neutral venue and discussions are underway as I write, for the choice of time and date also.

We would like to thank the Sportsmans Bar, Edgeworthstown who provided a great selection of hot finger food and sandwiches to both panels after the game.

Leitrim Longford Masters also had a very special presentation to make after our recent challenge against Cavan which was played as usual as part of the Ballinamore Festival.

Terry Shortt was given a lovely memento to honour his 20 years of running Leitrim Masters as he recently stepped down from the top job he did so well. He will still be around making sure that the new young guns in charge keep up the standards he set over the years. Thanks very much again Terry from everyone involved with the Gaelic Masters Association, not just in Leitrim but from the whole organisation country wide.