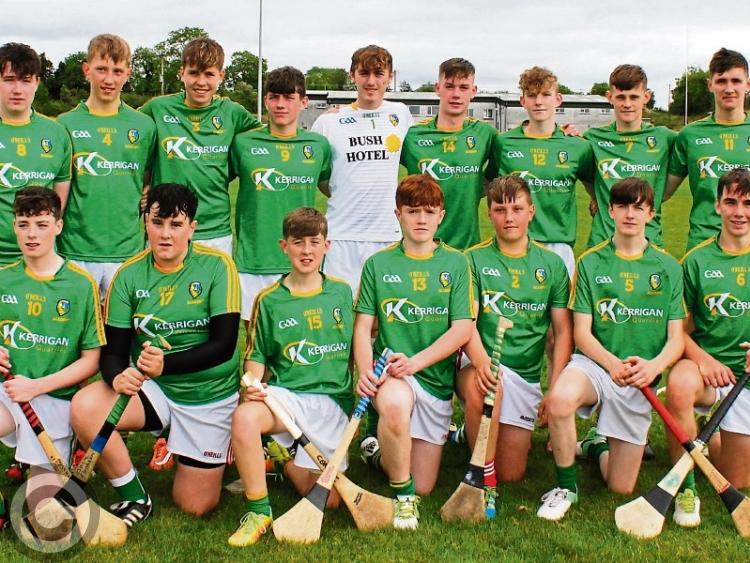 In a year of great advances for hurling in the county, Leitrim U16s hurlers created a slice of history when they lifted the All-Ireland U16 C title last Saturday.

Following on from the county's appearance in the Lory Meagher Cup Final, the future of the game in the county looks bright as the U16 team stormed to a comprehensive victory.

With the Cup named in memory of former Leitrim and Gortletteragh hurler Stephen Dorrigan, Leitrim’s victory in the Leitrim GAA Centre of Excellence had added poignancy as the Cup was presented by Stephen’s parents Mickey and Helena. 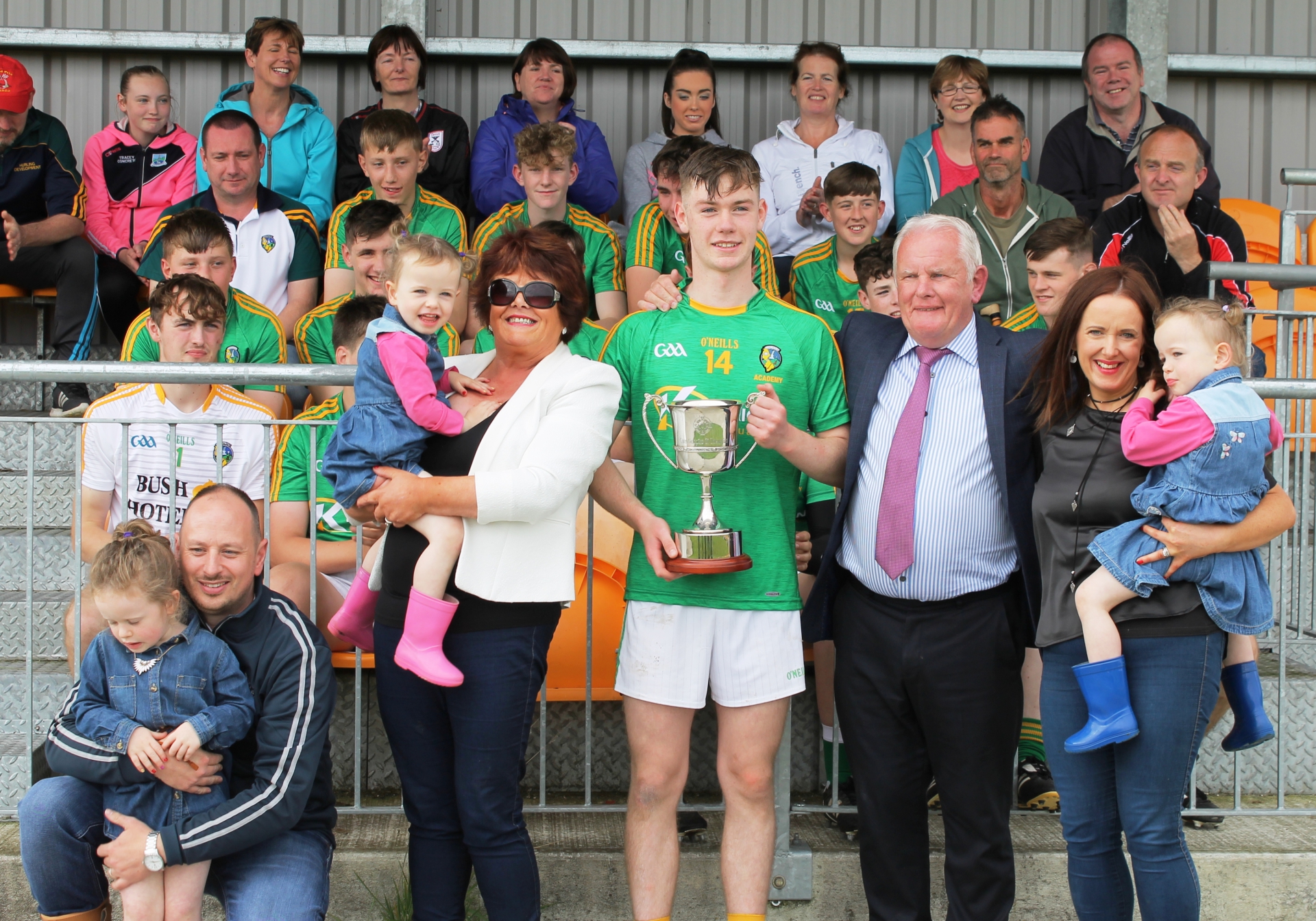 Leitrim captain Sean O'Riordan is pictured with members of the Dorrigan family who presented him with the Stephen Dorrigan Memorial Cup after Leitrim's victory over Donegal in the All-Ireland U16 C Hurling Final in the Leitrim GAA Centre of Excellence. Pictured are Helena & Mickey Dorrigan and Aidan, Rachel, Emma, Roisie and Abbie.

Leitrim’s sternest test came in the semi-final where defending champions Louth put up a tough battle in defending their crown. Unlike the games in the other group, which featured three teams playing off in a blitz system, Leitrim and Louth played two full 30 minute halves.

And at the end of a hard fought contest, Leitrim prevailed by the narrowest of margins, 2-9 to 2-8, to book their place in the Final.

On the other side of the draw, Mayo, Longford and Donegal fought out an intriguing group which was eventually decided on scoring difference. Mayo looked a class outfit with a 3-12 to 1-4 destruction of Longford but then lost to Donegal 2-11 to 0-6.

And to make it even more muddled, Longford beat Donegal 3-4 to 0-6 which meant that Donegal advanced to the final literally by a point as their score difference was plus four to Mayo’s plus three with Longford on minus 7.

What probably cost Mayo a place in the final was a straight red card for their full-forward Ray Walsh against Donegal and prevented an all-Connacht final.

In the Final, Leitrim simply had too much class for Donegal as they swept the Ulster team aside, storming to a 15 point victory and a first All-Ireland title since Leitrim won an All-Ireland Minor C title in Croke Park in 1984.

Backboned by 15 members of Carrick-on-Shannon Hurling Club with Cluainin’s Michael O’Brien the only non-Carrick player on the squad, the victory is a tribute to the great work being done at underage level, particularly in Carrick-on-Shannon.

Many members of this team would have cut their teeth with Carrick in the Roscommon League, honing their skills and obviously developing some excellent players.

What makes Leitrim's achievement all the more remarkable is they achieved the success with just 16 players leading to great celebrations as captain Sean O'Riordan lifted the Stephen Dorrigan Cup. 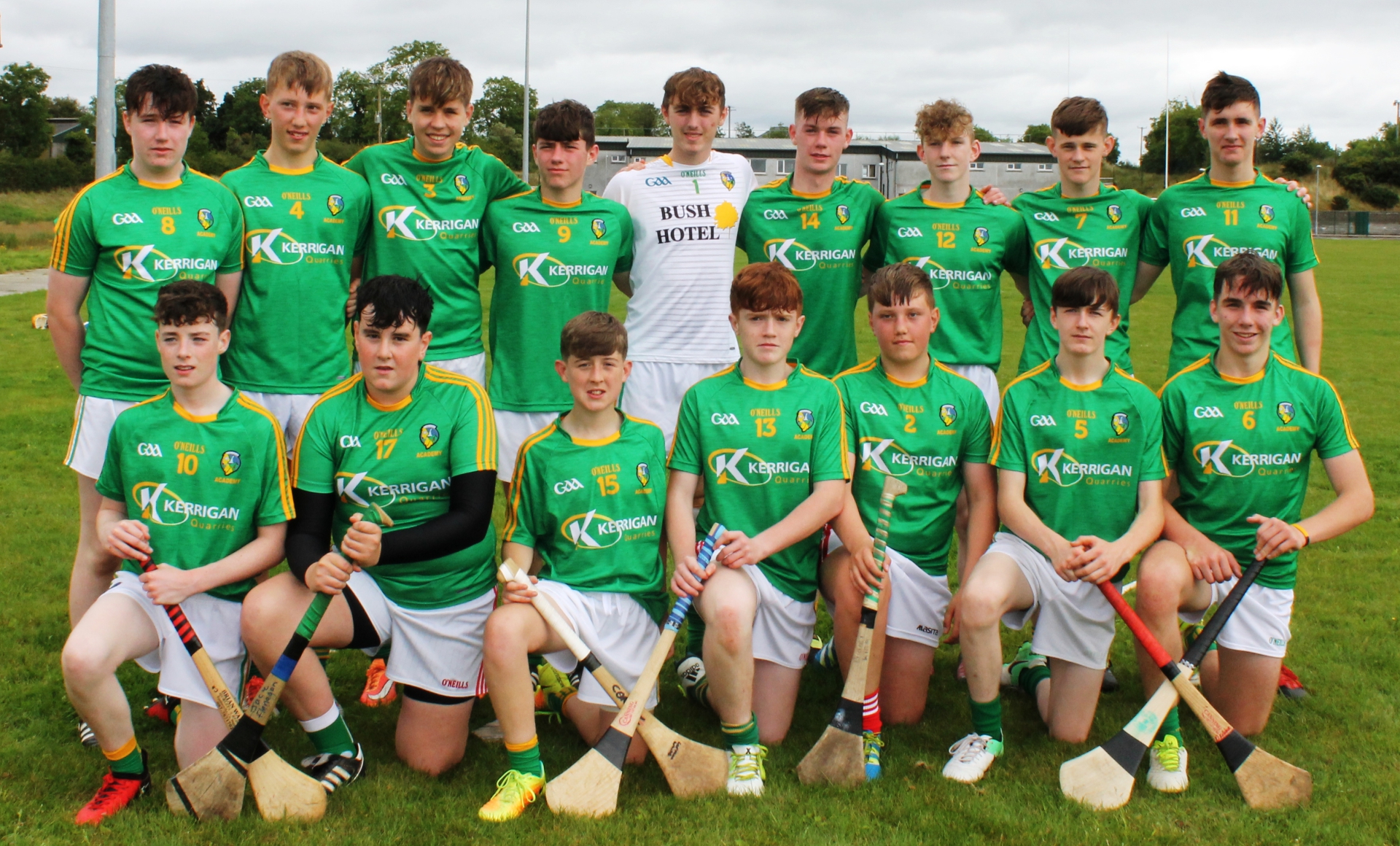