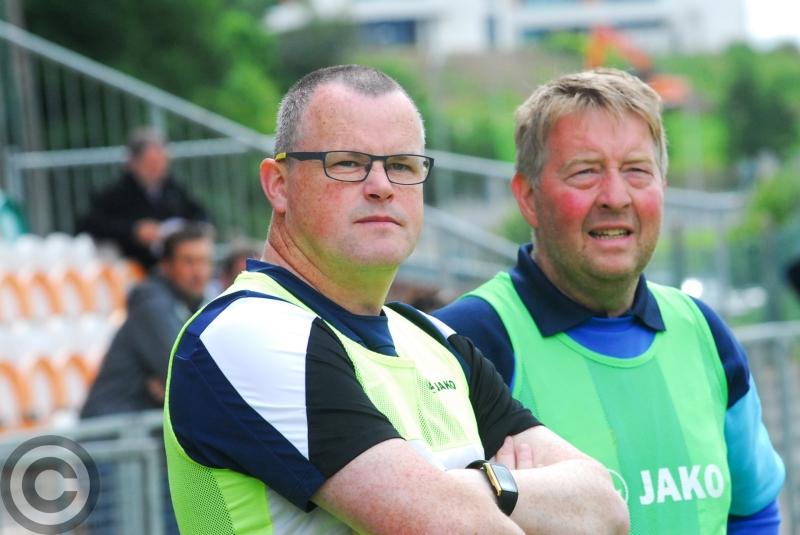 Aidan Rooney on the Glencar/Manorhamilton sideline

Glencar/Manorhamilton will be on the lookout for a new manager next year with the news that Aidan Rooney is set to join the backroom team of Niall Carew in Sligo.

The news broke that the 1994 Connacht Championship medal winner with Leitrim will replace selector Keith Carty who has opted out for next season after three years working with Carew.

Rooney is the current manager of the Glencar/Manorhamilton senior team, and led them to the Leitrim county final last year and they face St. Mary’s Kiltoghert in their final group game on Saturday as they look to book top spot in group two of the Connacht Gold Senior Championship.

The former Leitrim star also previously managed the Sligo minor team, guiding them to the Connacht final in 2015 where they lost out to Galway after a replay, having beaten Leitrim and Roscommon along the way.