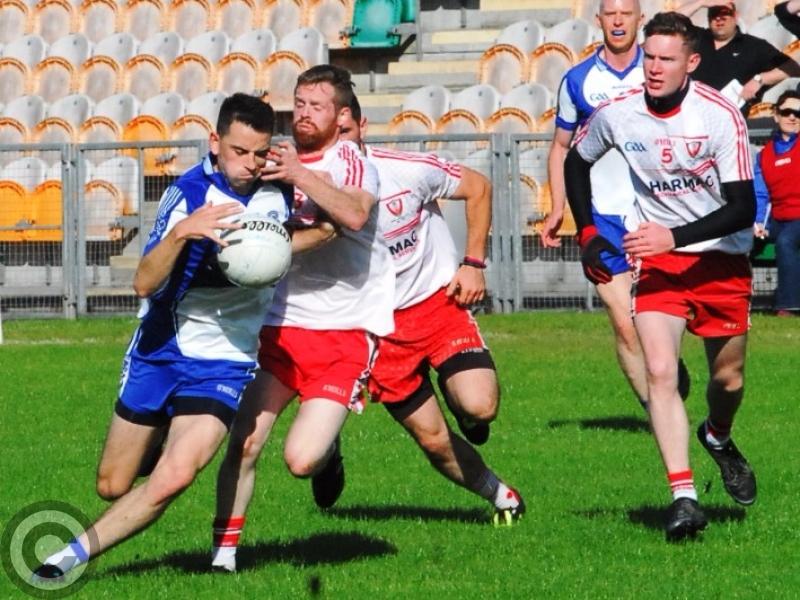 Good wins for St. Mary's and Dromahair sees them through

Relegated in Division One and without a win in the first three games, St. Patrick’s Dromahair stunned both Annaduff and Bornacoola to snatch the final place in the Connacht Gold Senior Championship Quarter-Finals next weekend.

With the big guns winning as expected and champions Aughawillan booking their place in the quarter-finals, most of the drama came in Group 2 where Dromahair came from the depths of hell three weeks ago when they lost to St. Mary's by 23 points to claim a quarter-final place.

The north Leitrim team’s victory over Bornacoola last week had seemingly opened the door for Annaduff to book their place in the Quarter-Finals, needing only a draw, but it was Dromahair who kicked the door open, goaling in the very first minute from the penalty spot.

And they never looked back as they led 1-3 to 0-2 after 20 minutes before going in with a halftime lead of 1-6 to 0-5. The second half belonged completely to Dromahair as they held Annaduff to just five points while scoring 2-7 themselves to score a famous victory.

With Bornacoola losing 2-10 to 1-7 to Drumreilly, it meant that Annaduff and Dromahair were locked together on four points and by virtue of the head to head record, Dromahair are now to face Ballinamore Sean O’Heslin’s in the quarter-finals next weekend.

The Ballinamore men had a comfortable 2-13 to 0-12 win over Melvin Gaels, laying the foundations for the victory in the first half as they led 2-7 to 0-4 at the break. The Kinlough men fought back but were never able to catch the impressive O’Heslin’s outfit.

Despite the defeat, Kinlough were never threatened as Champions Aughawillan put in a tremendous second half to defeat Gortletteragh 4-13 to 0-11, a couple of late goals earning them a quarter-final clash with Glencar/Manorhamilton in what is a repeat of last year’s County Final.

Glencar/Manorhamilton lost out on the top place in the group when St. Mary’s Kiltoghert came from behind to force a 0-10 apiece draw, the Carrick men topping the group by virtue of scoring difference.

St. Mary’s will now face Melvin Gaels in the Quarter-Finals while Mohill cruised to a comprehensive 0-21 to 2-4 victory over Allen Gaels, holding the Drumshanbo men to just three points in the second half.

The full Quarter-Final draw is as follows: