Heartbreak for Kiltubrid as Mohill draw sees second string through 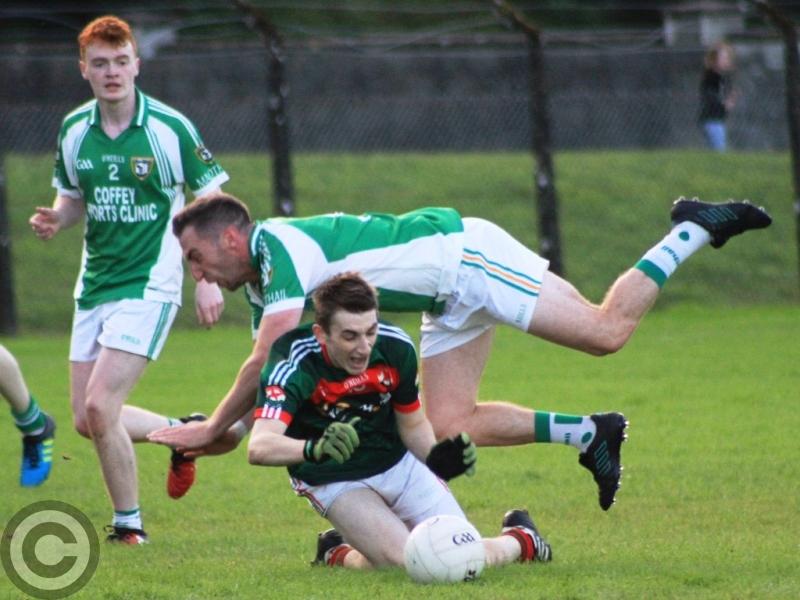 Joy for Mohill but heartbreak for Kiltubrid

Kiltubrid footballers went from great joy to outright devastation in the space of a minute as they were denied a place in the Fox Monumentals Intermediate Championship Quarter-Finals by virtue of a single point!

Kiltubrid actually trailed 0-3 to 0-0 after the first quarter but recovered to be on level terms at halftime, 0-5 apiece. At that stage, Cloone were leading 0-9 to 1-2 against Mohill’s second string and looked on course for a place in the quarter-finals.

And in a fantastic second half display, Kiltubrid held the Gaels to just one solitary point and sealed their win with a fantastic goal from Mickey Earley to seal the victory.

Heartbreakingly for them, however, Mohill staged a remarkable recovery and actually led going into the closing stages only for Cloone to snatch a draw but it was still enough for Mohill to take the final quarter-final place.

Mohill will face Aughnasheelin in the quarter-finals after they secured a morale boosting win and local bragging rights against Fenagh St. Caillin’s, a 3-9 to 2-9 victory that gave them top spot in group one.

Fenagh led 2-5 to 1-5 at halftime but two second half goals from Aughnasheelin secured them a famous victory.

Ballinaglera almost made sure of their quarter-final spot when they stunned neighbours Drumkeerin with a 2-10 to 2-9 victory, a win that lifts them into third place in the group and earns them a meeting with Carrigallen who demolished a poor Glenfarne/Kiltyclogher by a staggering 6-16 to 0-1.

Drumkeerin will meet Cloone in the quarter-finals, both going in under something of a cloud after Drumkeerin’s loss and Cloone’s draw.

The only complication for County Board fixture makers is the involvement of two Mohill teams in the quarter-finals and it is likely the Aughnasheelin and Mohill clash will be played on the Sunday.

The full draw for the Fox Monumentals Intermediate Championship Quarter-Finals is as follows: