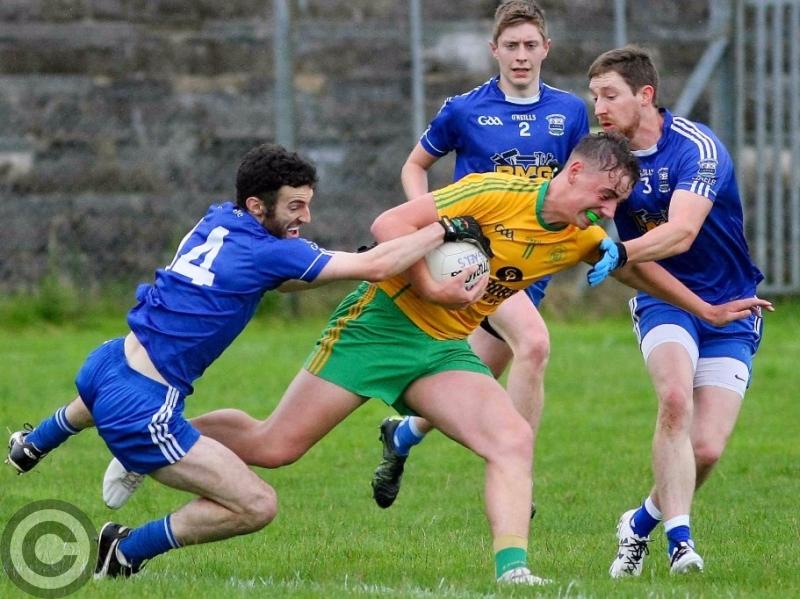 Ballinamore Sean O’Heslin’s v St. Patrick's Dromahair: Dromahair are in complete bonus territory here as few expected they would escape relegation but they timed their effort to perfection in the last two weeks. They will give it a real lash but hard to see anything other than a comfortable Ballinamore win, given the strength in depth and scoring power in the O'Heslin's ranks.

Aughawillan v Glencar/Manorhamilton: A repeat of last year’s Final and perhaps the biggest clash of the week. Glencar/Manor have a score to settle but their form has been up and down, impressing one minute and then losing form. Aughawillan have suffered from injuries all year but have managed their resources spectacularly and you definitely get the impression Aughawillan are approaching top speed at the right time. It will increase the pressure on them but the champions are well used to that and should come through here.

Melvin Gaels v St. Mary’s Kiltoghert: Hard to know what to make of both teams who have mixed good with bad. Without an ill Darragh Rooney, Melvin Gaels looked rudderless and they will need him back and firing fully. But St. Mary’s haven’t been wholly convincing either, the loss to Annaduff strange but they showed battling spirit to earn a draw and top spot in Group 2 against Glencar/Manor. A draw isn’t out of the question here, St. Mary’s may just sneak through but the Gaels have come through a tougher group - too close to call.

Drumreilly v Mohill in Cloone: Drumreilly’s aim was avoiding the relegation dogfight and they will be happy with that. Fully committed and with some quality players of past and future, nevertheless it is hard to see how Drumreilly can stop a Mohill team who are getting their absent stars back. Mohill have so much strength that they are going to be very hard stopped.

Ballinaglera v Carrigallen: Carrigallen have building a nice head of steam but Ballinaglera are dogged and showed resilience to get the result they needed against Drumkeerin. This really is a tough one to call, Ballinaglera's spirit is impressive but Carrigallen’s scoring edge may see them through.

Cloone v Drumkeerin: Cloone have been impressive so far but seem to be losing a bit of momentum with a loss and a draw in their last two games and may be missing Mark Creegan now. Yet with Darren Carberry in their ranks, they have a real goal threat. Drumkeerin have been inconsistent in this campaign and it is hard to see them turning it on now, Cloone to edge through after a battle.

Aughnasheelin v Mohill: Mohill’s young second string side have put on a remarkable show here and while they sneaked through ahead of Kiltubrid, there is no doubting the merit of their performances. Aughnasheelin, hot favourites as they will be, will do well not to take them for granted but it is hard to see how they will live with an impressive Aughnasheelin who made a big statement of their own last Saturday.

Fenagh St. Caillin’s v Leitrim Gaels: If there is to be a shock, it could come here as Leitrim Gaels are a formidable team when going well. Trouble is they are struggling at the moment and their display against Kiltubrid suggests a team struggling for confidence. Fenagh got a massive wake-up call against Aughnasheelin and it may prove to be the making of their campaign. With Ryan O'Rourke leading their forwards, Fenagh should come through here.