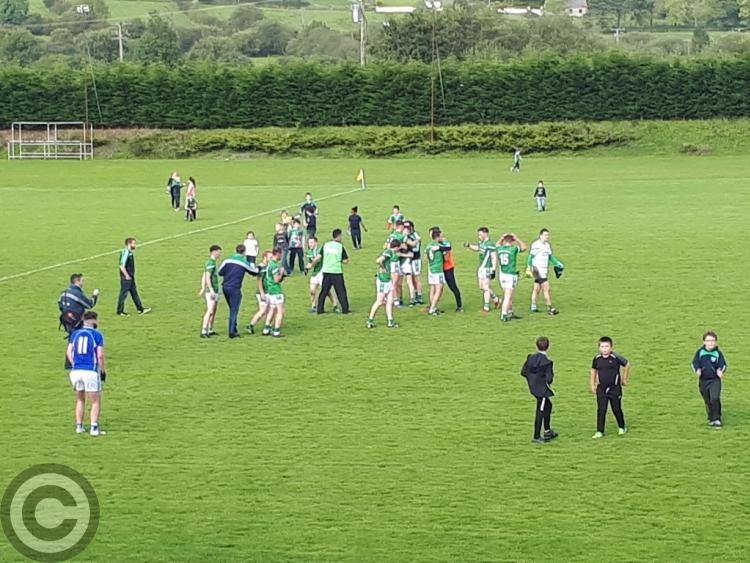 A superb display from Niall Mulvanerty led Aughnasheelin into the Fox Monumentals Intermediate Championship Final as they proved too strong for a Carrigallen side that never got going.

The pace and slick passing of the Aughnasheelin men in Pairc Sheain Ui Eslin, Ballinamore opened up the Carrigallen defence time and time again in the first half and when Mulvanerty tried an audacious chip that struck the crossbar, Fergal Earley was on hand to tap the rebound into the net.

Aughnasheelin led 1-9 to 0-3 at the break and while Carrigallen had a couple of sustained periods of pressure, coming far more into the game, Aughnasheelin were never truly threatened and ran out comfortable winners.

Mulvanerty, who scored five points from play, was denied a goal when Daniel Lyons made a goal-line clearance but it is Aughnasheelin who will contest the Intermediate Final on Sunday, October 8.

SEE WWW.LEITRIMOBSERVER.IE AND NEXT WEDNESDAY'S OBSERVER FOR FULL REPORT AND REACTION.