September 2017 saw the Irish yearling sales at Tattersalls and Goffs produce an increase of eight percent on figures the previous year. 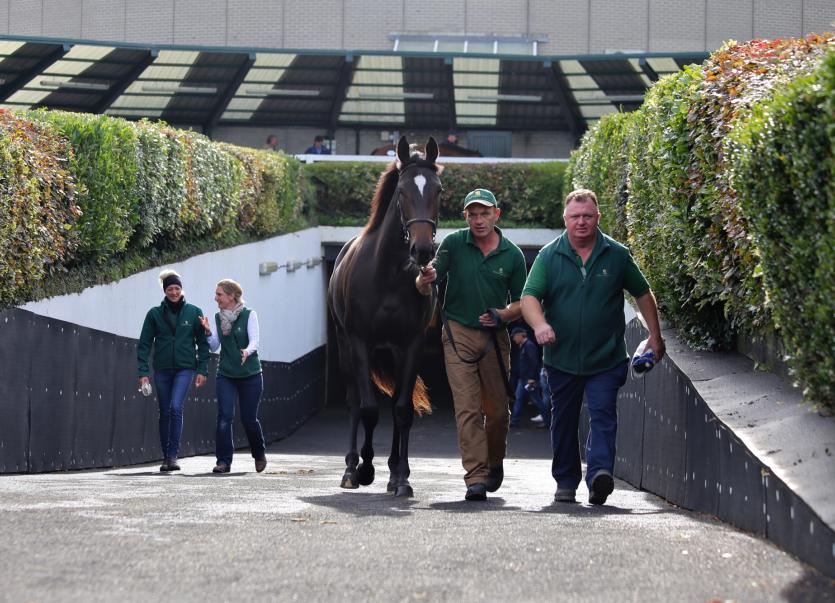 The €1.2million Galileo (IRE) filly after selling to Godolphin at Goffs.

The September Yearling Sale at Tattersalls Ireland in County Meath kicked off proceedings on September 19 and 20, and a buzzing sales complex produced the highest turnover in the sale’s history at €11,451,000; an increase of 12%.

The average and median were also the highest recorded and adding to a landmark renewal were high-profile purchases made by first-time buyers Godolphin, Rabbah Bloodstock and Hong Kong Jockey Club.

Part II of the sale, which took place on September 21, rounded off an ultra-successful week for the County Meath auction house with an all-time high aggregate, average and median. The top lot of €60,000 was also the highest paid in the sale’s young history.

The following week was also a historic one at Goffs in County Kildare, where two seven-figure yearlings wrote their own piece of history for the company’s Orby Sale. The first, a daughter of Galileo (IRE) from Ballylinch Stud, sold for €1.2million to Godolphin, acquiring progeny of Coolmore Stud’s champion stallion for the first time since 2004. The second, a beautifully-bred colt from Marlhill House Stud, sold to US buyer Zayat Stables of American Pharoah fame for €1.6million, and will now become their first horse trained in Ireland by none other than champion trainer Aidan O’Brien.

The strong demand for Irish horses is clear in year-on-year figures, which show encouraging growth of 10% across all Irish thoroughbred sales. CEO of Irish Thoroughbred Marketing, Charles O’Neill, commented: “It was great to see so many local and international buyers at both sales, contributing to very strong clearance rates. The number of first-time buyers is once again a testament to the demand for Irish bred and consigned horses, and hopefully these horses will prove to be champions in the seasons ahead.”