Supporters bus to Ireland's play-off game against Denmark in Dublin 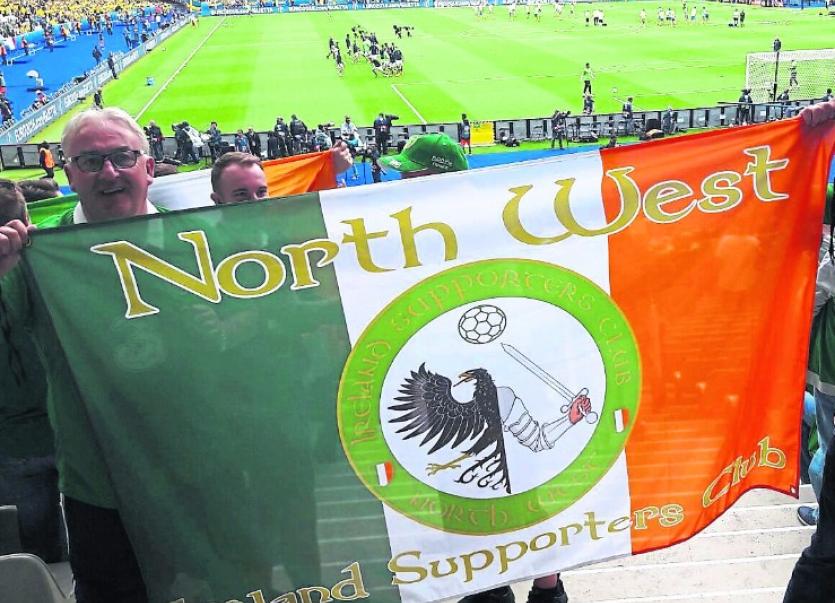 Members of the Republic of Ireland Soccer Supporters Club North West pictured after Ireland's victory over Wales in Cardiff recently.

The Republic of Ireland Soccer Supporters Club North West have a bus going to the play-off in November against Denmark on Tuesday, November 14 at the Aviva Stadium, Dublin.

The club run buses to all of the Irish home games and unless a change of kickoff at the Aviva Stadium our usual time to depart Quay St. car park beside the City hotel in Sligo is 2pm and on to Ballisodare at 2.20, Carrick-on-Shannon at 2.45 and on to the Aviva stadium arriving at 5pm approx.

The Club had at the recent away game in Cardiff against Wales which Ireland won one goal to nil had 14 members carrying the club flag and Sligo Rovers flag. All 14 arrived home hoarse with great stories and memories of a famous Irish win.