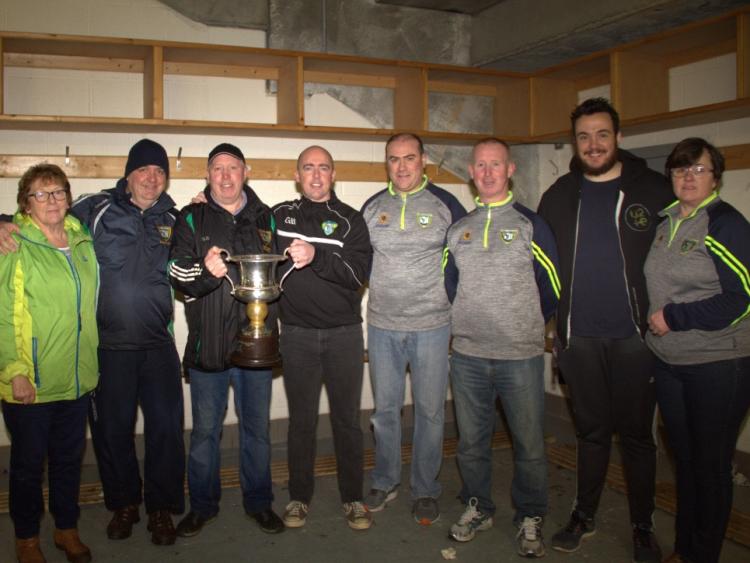 Even after winning three Leitrim senior league titles in a row and two senior championships in the past three years Mohill manager, Padraig Davis accepted that Saturday's game was difficult “in terms of the conditions and the intensity that Melvin Gaels brought to the table.

“It was a ferocious battle” Davis remarked and especially “when you win a game on a score line of 1-2 to 0-6. But I suppose we were slightly the better team in the end, maybe by one or two points, but nothing more than that. It is nice to have won another one.

“We just spoke before the game and we said in all the underage success that Mohill has had and in what we have had, no one handed us a title on a plate. Yet again the very same thing applied here this evening.

“Melvin Gaels really went at it from the word go. They were struggling to get scores on the the board with the wind (in the first half) and then they hit us with a sucker punch (a goal) and went in at
half-time with a 1-1 to 0-2 lead.

“They held that for quite a while (in the second half). We had our chances too; we had our chances very early on. But we kept battling away, kept chipping at it, and at the end we actually came out on the right side.”

Padraig, who has announced that this year will be his last at the helm with Mohill, will be stepping down from his position of manager at the end of the year to take a year out from management.
Commenting on Mohill's forthcoming Connacht Club championship game with Mayo's Castlebar Mitchell's on Saturday night, November 4 in McHale Park, Davis said “that's something to look forward to and it is the polar opposite to what we are used to in Leitrim.

“In most games in Leitrim we go in as favourites or joint favourites or something around that.”
But in Castlebar the Mohill boss believes we “obviously will go in as overwhelming underdogs. It is something to look forward to and it will be a great occasion.

“We will jump on the bus that morning. Preparations will have been the same as they have been for every other game. We will give a lash and see how we go but we are under no illusions as to the task it is.”