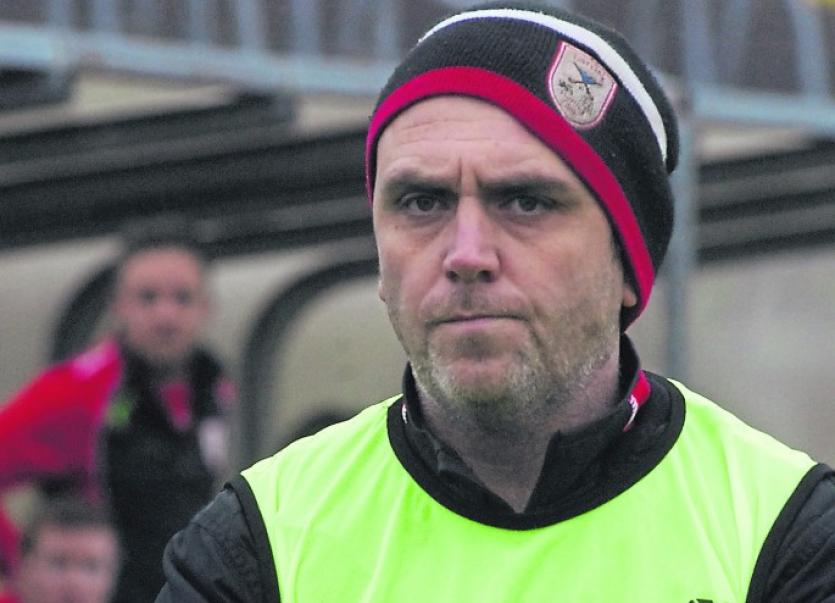 Having seen his sides hopes of advancing to a Connacht Final vanish into fog filled air in Sligo last Monday, Carrick manager Olcan Conway reflected on a game in which he felt his players didn't perform to their own standards.

When asked for his thoughts on the game Olcan couldn't shy away from the disappointment among the group.

“We're very disappointed with ourselves today. We didn't get to the pitch of the game early and we didn't show what we are capable of. That's the most disappointing aspect of today but the lads have been playing good hurling all year they just didn't get the break early today. It went against us and we couldn't get back on level terms unfortunately.

The early break that went against Carrick was the opening goal, scored by Ronan Cox in the eight minute that goalkeeper Colin Moran will not look on fondly.

“The first goal knocked the stuffing out of us,” Olcan acknowledged.

“We hoped that the lads would recover quickly but unfortunately they didn't and it seemed to give Calry the lift they needed because we were all over them physically for the first five minutes. The goal did give them a lift, no doubt about it and we never really recovered after it unfortunately.”

St Joseph's scored a second goal just before the interval, to help give them a seven point lead at the break and Olcan revealed there was a change of emphasis for the second half.

“We had a good long chat at half-time. We had a good look at ourselves and said forget systems, forget everything, we'll just go man for man, take them on and see if we can get back into the game.

“It might have worked for the first five or 10 minutes but then they got another soft goal which got their tails up again.”
While bitterly disappointed by the manner of the defeat, Olcan was quick to pay tribute to Calry who now advance to the Connacht Junior championship Final where they will be looking to retain the title they won last year.

“Calry were very clinical. They are a seasoned outfit, they are a long time on the go.

“We'll be back again next year contesting for the county title again. That will be the first objective and if meet Calry again next we'll just have to try harder.

“Learning the lessons from today would be very important. Whatever lessons need to be learned from today, we'll have to learn them. We'll just have to get by Ballinamore and Manorhamilton first to get out of the county first, that's nearly harder sometimes.”