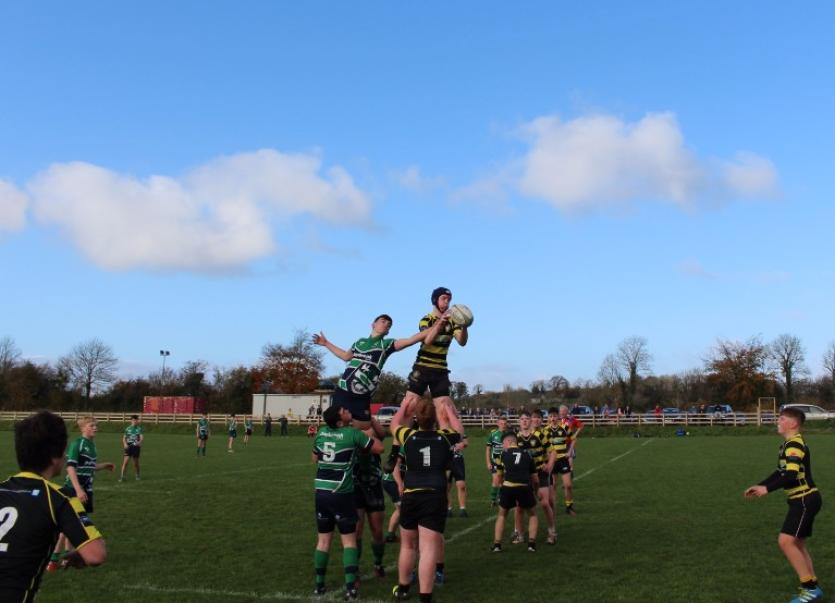 Ballina were in search of their fifth victory in a row in the U-17 Connacht League on Sunday last but had to pull out all the stops to maintain their sequence after a dogged display by Carrick RFC in another highly entertaining match in Keenaghan.

The boot of Paul Woods kept Carrick in contention right up to the last 10 minutes of the match having converted 5 penalties.
Unfortunately it was the sterling defence that kept Carrick try less and Ballina’s ability to score four tries without reply that was the difference between the two teams.

Carrick Minis
We have had an amazing start to the year with new players at almost every age group and some new volunteer coaches.
Our blitz against Creggs last weekend showed improvements at every age group. On Saturday the 28 October our U10s were invited to Corinthians in Galway for the Aviva Connacht blitz. We are delighted to report the team went through the day completely unbeaten drawing the eye of several commentators because of the quality or their tackling.
Well done to players coaches and parents for there commitment and enthusiasm.