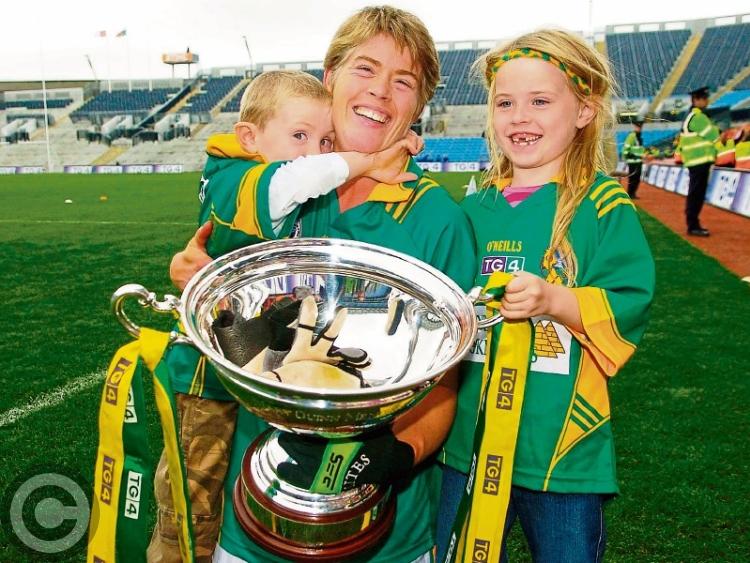 Quinn follows in the footsteps of Frances Cryan, Pakie McGarty, Padraig Griffin, John King, Mary Keenan and Joe Flynn and will receive her award at the Leitrim Sports Star Awards, organised by the Leitrim Sports Partnership, on Friday, November 24.

That night, held in the Lough Rynn Castle Estate & Gardens Hotel, will see Leitrim's best sporting stars and achievements from 2017 honoured on what is a great celebration of Leitrim sport.

The two-time All-Ireland winner with Leitrim, Maeve Quinn has been a fantastic servant for Leitrim ladies football from the time she first won a national medal with the Ballinamore Area Community Games team in the early eighties.

An All-Ireland Junior title followed in 1988 and showing incredible longevity, Maeve was still playing a key role for the County side when the Intermediate title was claimed in 2007. And she is still currently heavily involved in the administration of the game in the county, serving as a selector for the Ladies Senior team while also still lining with Aughawillan during the year.

We are delighted to reveal the shortlisted nominees as follows. The winners will be announced on the night:

Juvenile Team of the Year

Club of the Year

Volunteer of the Year

Melvin Gaels Gaelic 4 Mothers and Others