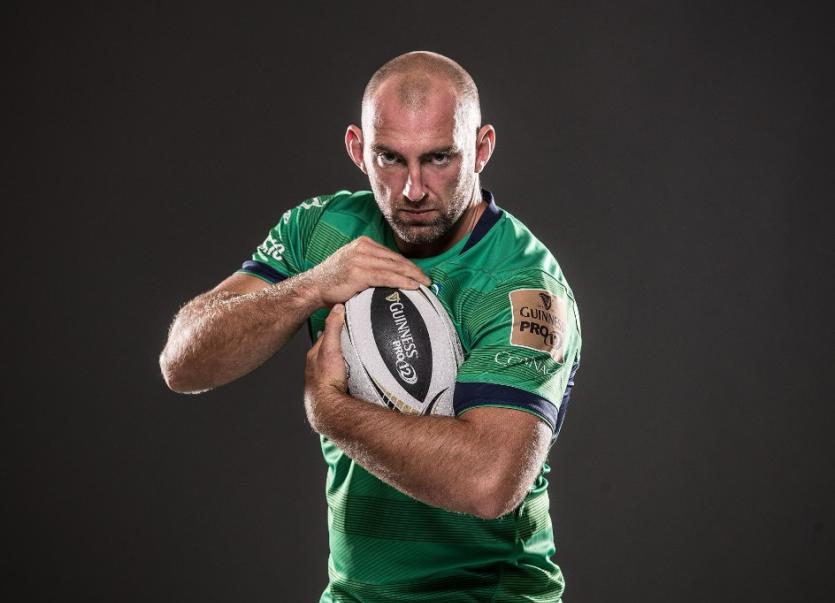 John Muldoon, the man who led Connacht to their first ever piece of major silverware when he captained the province to the Pro12 title in 2016, has announced that he is to retire from the game at the end of the season.

17 years. 320 games. Broken bones. Big wins. Bad losses. Dozens of teammates. Fewer coaches. Europe. Russia. Celtic league. Pro12. Pro14. Flights. Buses. Friends. Supporters. I've been so proud to be part of it all, but every journey sadly must come to an end... pic.twitter.com/lSHYPDqcY0

The number eight, who played 320 games for the province first pulled on the green jersey of Connacht in 2004 and he was named captain ahead of the 2008-2009 season.

Undoubtedly his finest day on a rugby pitch came on May 28, 2016 when he led Connacht to victory over Leinster in the final of the Pro12.

Announcing his decision earlier today, John Muldoon said: “I am a proud Connacht man and I have been involved with the province for the past 17 years. I have been on an incredible journey during that time but sadly all good things come to an end and for me that time is the end of this season. I have been honoured and humbled to wear the Connacht jersey and particularly to be given the opportunity to captain my home province.

I’d like to thank everyone at Connacht Rugby, especially coaches and players both past and present. Also, to My wife Lorna and my wonderful family for their constant support down through the years. The Connacht supporters have also been incredible throughout my career and have made the Sportsground a fortress where I have always been immensely proud to play and represent this fantastic province. I am determined to finish my career on a high and for the remainder of the season I will be doing everything in my power to bring further success to Connacht.”

Paying tribute to John Muldoon, CEO of Connacht Rugby, Willie Ruane said: “On behalf of Connacht Rugby and indeed the people of Connacht I would like to take this opportunity to thank John Muldoon for the incredible contribution he has made both on and off the pitch and in particular the manner in which he has represented his home province over a long and illustrious career.

During that time John has shown unwavering commitment and loyalty to Connacht Rugby and has been a leader in everything that we have been trying to achieve during that time.

John Muldoon has represented the people of Connacht with massive pride and he epitomises everything that is great about the west of Ireland. John has always remained a very humble, grounded and honest individual, someone we are proud to call one of our own and someone I am extremely proud to have worked with during my own time here.

I wish him and his family all the very best in his retirement from the game and in the years beyond.”

Rugby fans have been quick to pay tribute to Muldoon, with tributes being paid to the Ballinasloe man on social media.

John Muldoon to retire at the end of the season. Let's hope him and @connachtrugby can see him off in style in Bilbao in May

Everyone wishes John Muldoon the best in his retirement, he will go down as the best ever Connacht player. https://t.co/rWcV7jtjHT