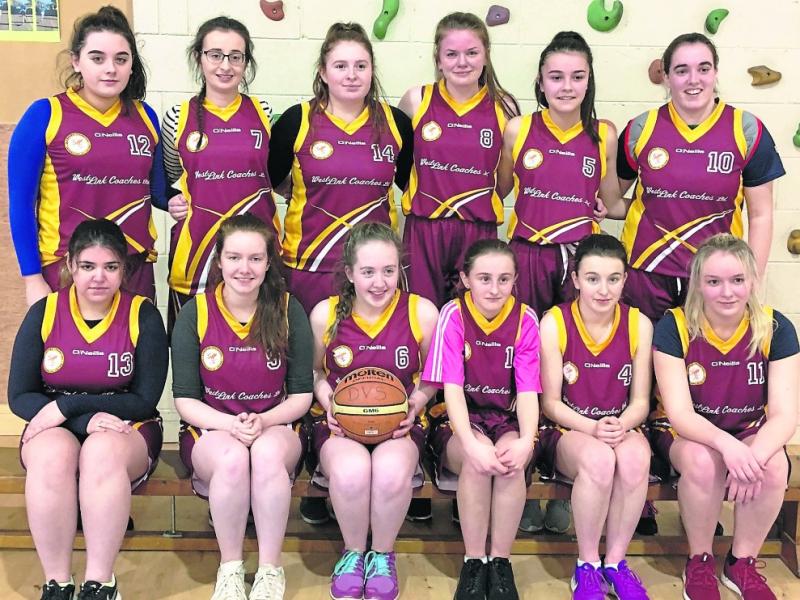 Not since the multi-sport talent Áine Tighe was in Leaving cert in 2009 has Drumshanbo seen such a day in schools basketball.

After many final defeats in this decade, this Drumshanbo team finally brought Drumshanbo back to gold in the North West finals last week. And, they did so the hard way, coming from behind to just take the match with the final ball.

Then, all of a sudden, Drumshanbo exploded, keeping Mercy to a single score and having four different players - Rebecca Moran three points from one basket and a free shot and two points each for Edel O’Donnell, Arina Kuzmiceva and Sharon Burke on the scoreboard.

Remarkably at half time the sides were level 13-13.

Mercy recovered well in the third quarter and regained the lead but Drumshanbo were this time hot on their trail with O’Donnell scoring 4 and Moran 3 to just trail 20-22.

The final quarter was a welter of excitement with Burke, O’Donnell, Corcoran all scoring 2 and top scorer Moran scoring 2 baskets, the lead changing hands again and again.

But Drumshanbo held out to great celebration. These girls had suffered defeats in the knockout stages at Junior and cadette and this made the victory all the sweeter.

A depleted Drumshanbo cadette team lost to St. Mary’s Ballisodare in the North west semi-final but they did well to get that far.