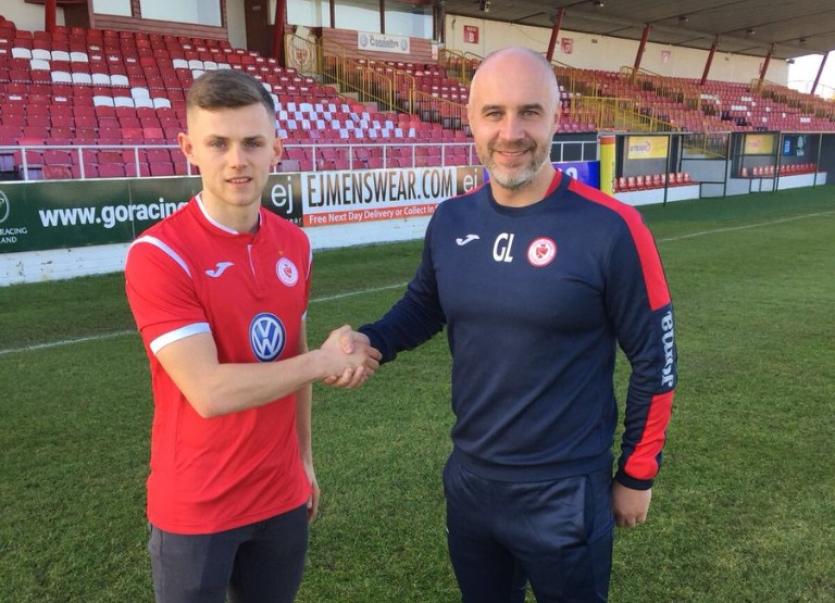 Following on from the signing of former Waterford and Derry City defender Patrick McClean yesterday, Sligo Rovers have further strengthed their squad with two loan signings.

Waters who operates as a left-back began his career at Celtic and had spells at Dumbarton and Alloa Athletic, before moving to Killmarnock last summer.

The addition of Waters, hot on the heels of the capture of McClean will be a welcome boost for Sligo Rovers manager Gerard Lyttle who saw his side lose their opening game of the season at the hands of Limerick last weekend. An injury to left-back Regan Donelon meant Gary Boylan was deployed in the unfamiliar position of left back while central midfielder Craig Roddan was utilised at right-back.

Commenting on the acquisition of Waters Lyttle told the Sligo Rovers website, "It’s another signing that comes with terrific pedigree. Left-back was obviously a problematic position given Regan Donelon had no competition. We wanted to get another player in that area to strengthen the squad.

“The injury last weekend to Regan shows what can happen. While he should be back in the next week or two, we want more than one player per position as we said.

“Calum has come through the leagues after leaving Celtic to get back to the top flight and played some games with Kilmarnock in the Premiership this season. That's a very good level. He has that hunger – as shown in going to the two clubs and being in the league team of the season at Alloa to get that move.

“He joins us now with his ambition to be a regular with Kilmarnock in the future. He has great energy and will attack from left-back when the opportunity arises which is what we want.”

The player himself also expressed his delight at the move saying, "It’s good to get out and get games. It’s good experience and the League of Ireland has shown itself to be a platform for players to show what they are about.

"It has been a bit stop-start at Kilmarnock so joining Sligo will hopefully help me get a consistent run in a team. I’m the type of player that fights for every ball and gets up and down the line all game.

"It’s ideal that there are 20+ games to be played in my spell here. There’ll be other players trying to get in the team but I’ll be pushing to start as many as I can.”

This morning Sligo Rovers further strengthened their squad with what Gerard Lyttle said is the final addition to the squad as they claimed the signature of Chelsea goalkeeper Mitchell Beeney who has been capped at U-20 and U-19 level by England, on loan until June 30.

Commenting on the signing of Beeney, Lyttle said, "Mitchell came over for a few days for the Cabinteely friendly to get a feel of the place and see if he liked it. I think he really took to Sligo, the players, the people around the club and the chance to show what he can do here.

“He is probably approaching a crossroads in his career and this move allows him the opportunity to build on his ability and showcase it. He has had loans spells in League 1 and League 2 and he comes here with the chance to play more first-team football.

“I think Schlings (Micheál Schlingermann) needs this competition. He hasn’t had it beforehand with respect to the other goalkeepers and it makes a huge difference. Everyone needs it – someone trying to take your place and knowing they will constantly be looking to get in there because of their ability.

“Michael is a great pro and both he and Mitchell will have a battle now to be number one.”

Beeney said the competition for the starting position is something he is looking forward to as he stated, "I’m here to play senior competitive games – that’s what these moves are about. I don’t know a huge amount about the league, only what the manager and staff have told me.

"I have competition in Michael who has had the shirt but it’s all about that if you want to be successful. I’m keen to get in the team and play as many games as I can here."

Sligo Rovers play their second SSE Airtricity League Premier Division match of the season, tomorrow, (Friday kick-off 7.45pm) with the ball boys for the game to be provided by Carrick Town.