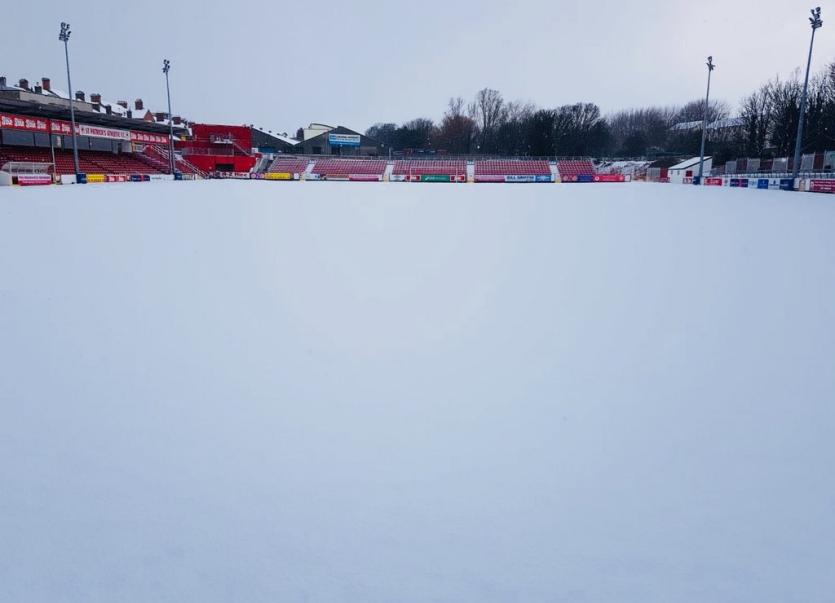 St Patrick's Athletic had earlier tweeted that the game was in doubt following heavy snowfall meaning that the Bit O'Red face the prospect of playing their first four league matches at home after Derry City were forced to switch last weekend's game from The Brandywell to The Showgrounds.

Heads up @sligorovers, Friday’s game may be off if the snow continues #sneachta #BeastFromTheEast pic.twitter.com/GmzSa8QX5q

Since that warning of a possible postponement it has been confirmed by the FAI that all 10 Premier and First Division matches scheduled for this weekend have fallen victim to the weather.

Rovers' next game will see them entertain newwly promoted Waterford on March 9.

NEXT GAME: Our next game will be Friday week (9 March) against Waterford FC in The Showgrounds in the @SSEAirtricityLg. Buy your tickets here https://t.co/8eku3t259j #bitored pic.twitter.com/8FX8Co3waq

Commenting on the decision to announce a blanket call-off the FAI said, "The Football Association of Ireland can confirm that all games scheduled to take place in the SSE Airtricity League this weekend have been postponed.

"Following a detailed monitoring process, where the FAI worked closely with all clubs, it was decided to postpone all games in the Premier and First Divisions due to current severe weather conditions and future forecasts from Met Eireann.

Below is a list of rescheduled fixtures with kick-off times to be confirmed: