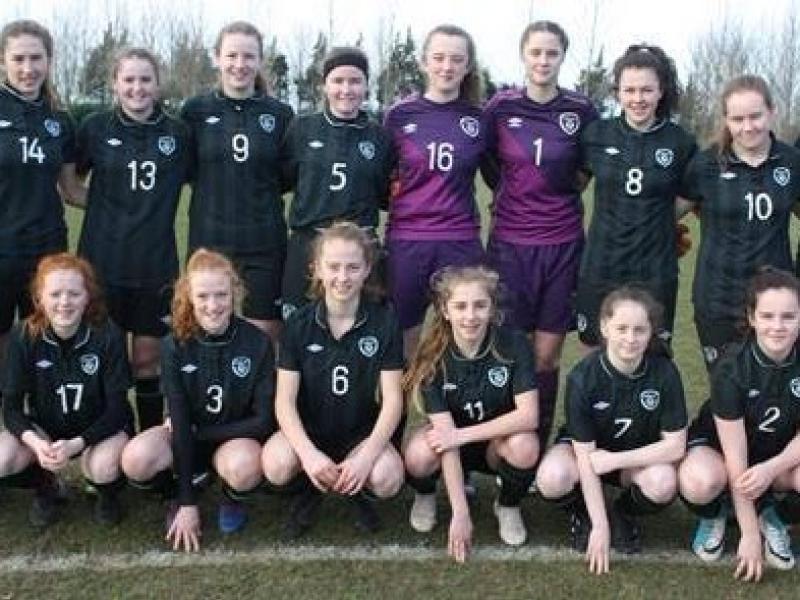 Richard Berkeley's Schools select are preparing to jet off to the UK as they take on the powerful Lionesses’ in the annual Invitational Friendly in Stafford Town FC which is scheduled to kick off on Saturday, March 10 (3pm).

This will be the fifth occasion that both teams have competed in this event with England enjoying the upper hand winning three of the previous four bouts.

Lorraine Counihan’s crew enjoyed a late flourish to secure their first ever victory last season in the AUL Complex. Substitute Sophie Liston (Scoil Mhuire agus Íde, Newcastle West) was the hero that afternoon with the match winner coming on the stroke of full time.

The game seemed to be destined for penalties as Jess Brown’s equaliser was forced home six minutes from time which cancelled out Ballincollig CS pupil Zara Foley’s effort on 23 minutes but the Irish fought back to claim a historic win over an industrious English side.

Next week’s encounter should prove equally testing as the Bob Docherty Cup is fast approaching. This competitive outing will provide both management teams with the opportunity for a final assessment of their squads ahead of the International meeting.

The English enjoyed a training session in PSV Eindhoven Academy a fortnight ago with a brace of inspiring performances to rack up two wins from two. The visitors defeated PSV Academy 2-0 in their first game and followed this up with a hard fought 3-2 victory, having fallen behind 2-0 in the opening exchanges. Both opponents were from an older age group which is further testament of the quality that the English possess in their armoury.

Equally, the Republic of Ireland’s preparations have gone well. Debutant Berkeley got his campaign off to the perfect start with a 2-1 triumph over their counterparts from Northern Ireland a fortnight ago. Palmerstown student Jessie Stapleton opened the scoring for the hosts eight minutes in. With a quarter of an hour played, Lucy Andrews netted the equaliser. However Claregalway substitute Kate Slevin popped up twenty minutes from time to secure the match winner.

The Republic of Ireland will retain the services of Presentation SS, Thurles student Aoibheann Clancy who picked up the Player of the Match accolade following her heroic display for the Schools select in the same fixture twelve months previous. She will be re-joined by Anna Fahey (St. Paul’s SS, Oughterard), Kate O’Dowd (St. Nathy’s College) and Muireann Devaney (St. Clare’s CS, Manorhamilton) as well as the newbies in the squad who have all impressed so far this season.

A victory for the Irish away from home would be a massive boost for the Republic of Ireland as they keep their attentions on the Bob Docherty Cup in Belfast at the end of the month.